You think you know everything about your introverted friend – until one day they finally work up the courage to crack a joke and the whole room’s laughing. Well, some personality types are exactly like that – serious and respectable on the outside, absolute crackpots on the inside. While some types are natural performers like ESFPs and ENFJs, you’d be surprised at the twistedly delicious dark humor of INTJs. This article is a celebration of the 16 personality types and their sense of humor! 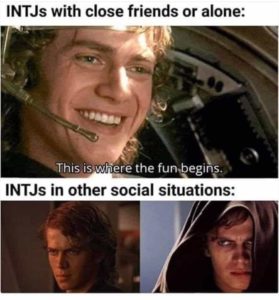 INTJs really have it hard in the meme world. What other type gets roasted for being so absent of emotion? Well, the truth is, INTJs are actually pretty fun when they’re in their little social bubbles. If you want dark humor, ask an INTJ and they may say something like:

My wife told me she’ll slam my head on the keyboard if I don’t get off the computer. I’m not too worried, I think she’s jokinjklsdlkasjlkskajdlakjsllaieuirohb n 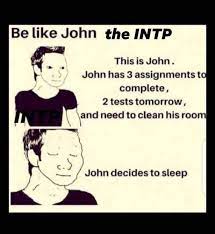 INTPs have it hard too. God bless these overthinkers! They can spend days, even weeks stressing about a test (and yet doing nothing about it) only to end up having a nap and not even attending it. Not to mention how often they get roasted online for being lazy… I guess the best way to describe their sense of humor is often plainly self-decrepitating! 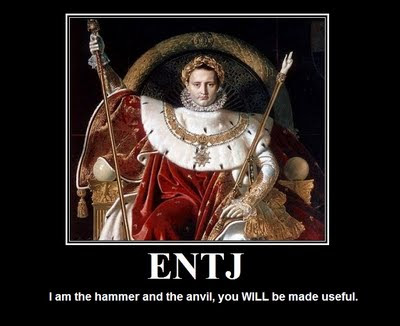 ENTJs aren’t always funny, but you’ll laugh. Trust me, you will. Or else… 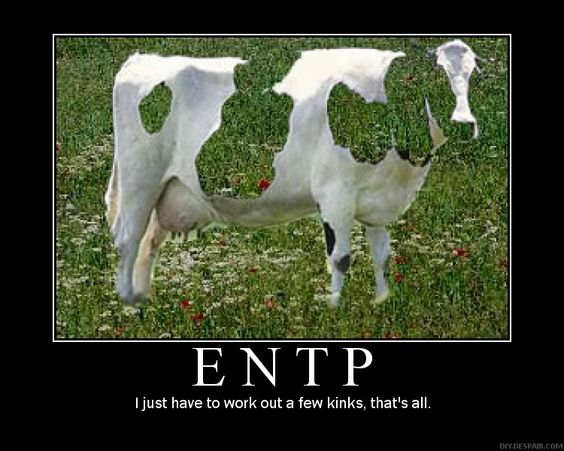 ENTPs will not only start using observational humor, but they’ll also move up to telling cheesy jokes ironically until they are so constantly ironic, no one can see where the sarcasm ends and their personality begins. One day they just wake up questioning if they have been serious at all… Ever. Here’s some advice – ease on the sarcasm guys! 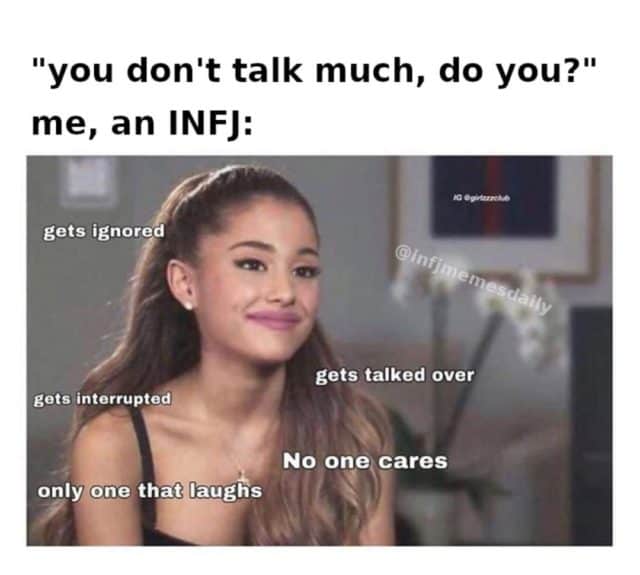 You thought that just because INFJs are absolute sweethearts who spend most of their time following social graces, that their sense of humor will be equally goody two shoes? Well, sadly you guessed wrong! Their quiet nature often doesn’t fit with other people’s lifestyles, so they tend to get neglected in conversations. But if they get the chance, they shock everyone – INFJs often pull from their personal trauma and their humor tends to be quite raw and morbid! INFP Memes and Humor 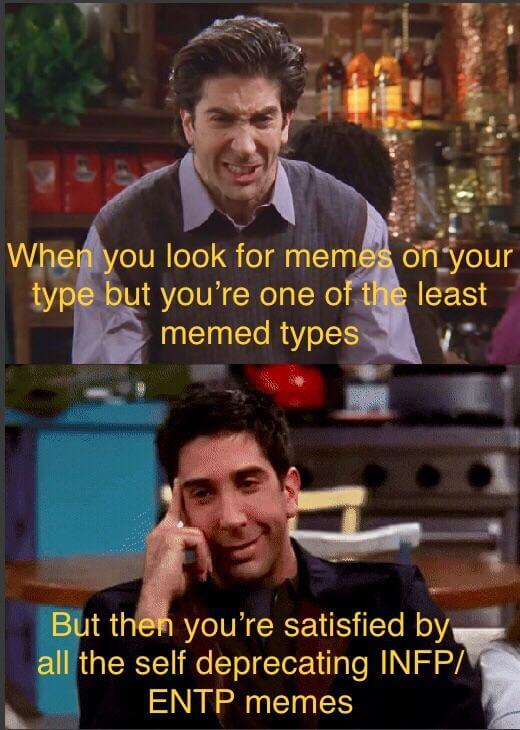 The gods of dry humor – ENFJs. Sometimes the joke is so well hidden in plain sight you just miss it. You get it on the way back home from the office party and suddenly you’re stuck with the ENFJ genius. Such is life! 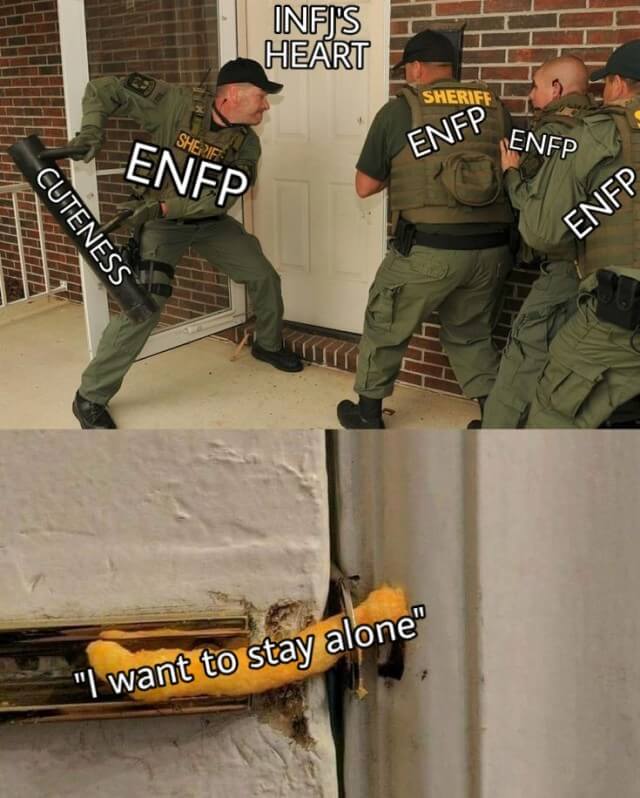 No one can better crack a joke than the ENFPs. You might not want to listen to them, but they will be heard! And you’ll love every second of it! It’s the ENFP type that is actually known to break down the most difficult walls with its charm and loveable personality. Even those built by INTJs and INFJs! 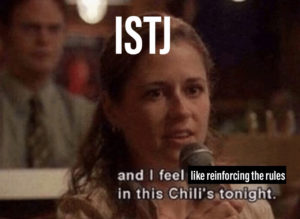 ISTJs are often made fun of for their practical, down-to-earth, rule-enforcing nature. But you would be surprised at how off-beat and refreshing their sense of humor can be! 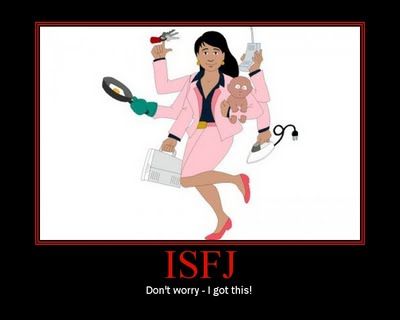 ISFJs really have trouble saying “no”, don’t they? No wonder the internet is full of memes of ISFJs taking on a lot more than they are capable of! ISFJs also have little patience for black humor – theirs is the more “dad joke” type and very silly, like swapping song lyrics and mispronouncing words. 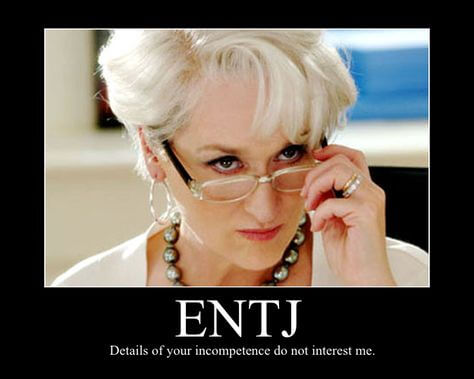 ESTJ memes mainly revolve around them being bossy and type A. ESTJs have the sort of football coach approach to life, and they rarely come out as the crowd favorite. Sure, they too will sometimes have their 15 seconds of fame, which is quickly overshadowed by their perfectionist nature. Think Meryl Streep in “The Devil Wears Prada” and try to count the number of times she made jokes. That’s about how often ESTJs will have time for funny business. 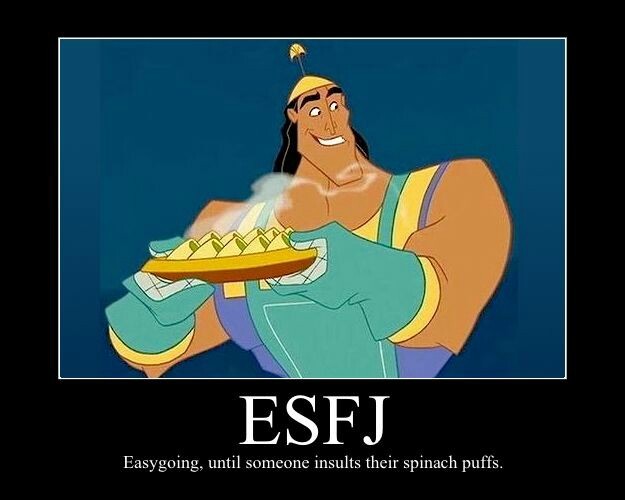 ESFJs are responsible and nurturing – think of your grandma baking you a tray of cookies and tucking you into bed. That’s the picture-perfect ESFJ. Their sense of humor isn’t dark, but they can really enjoy a bit of sarcasm for breakfast. 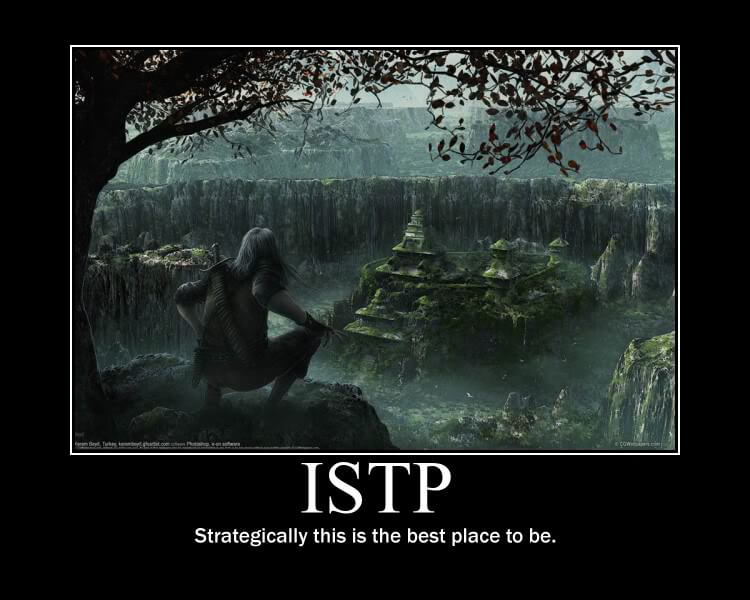 ISTPs – the lone wolves of the 16 personality types may have a sense of humor, but they only share it with people in their close circle. It’s difficult to get to know this character type in general, so you’ll often find their sense of humor remains a mystery only a lucky few would ever solve! 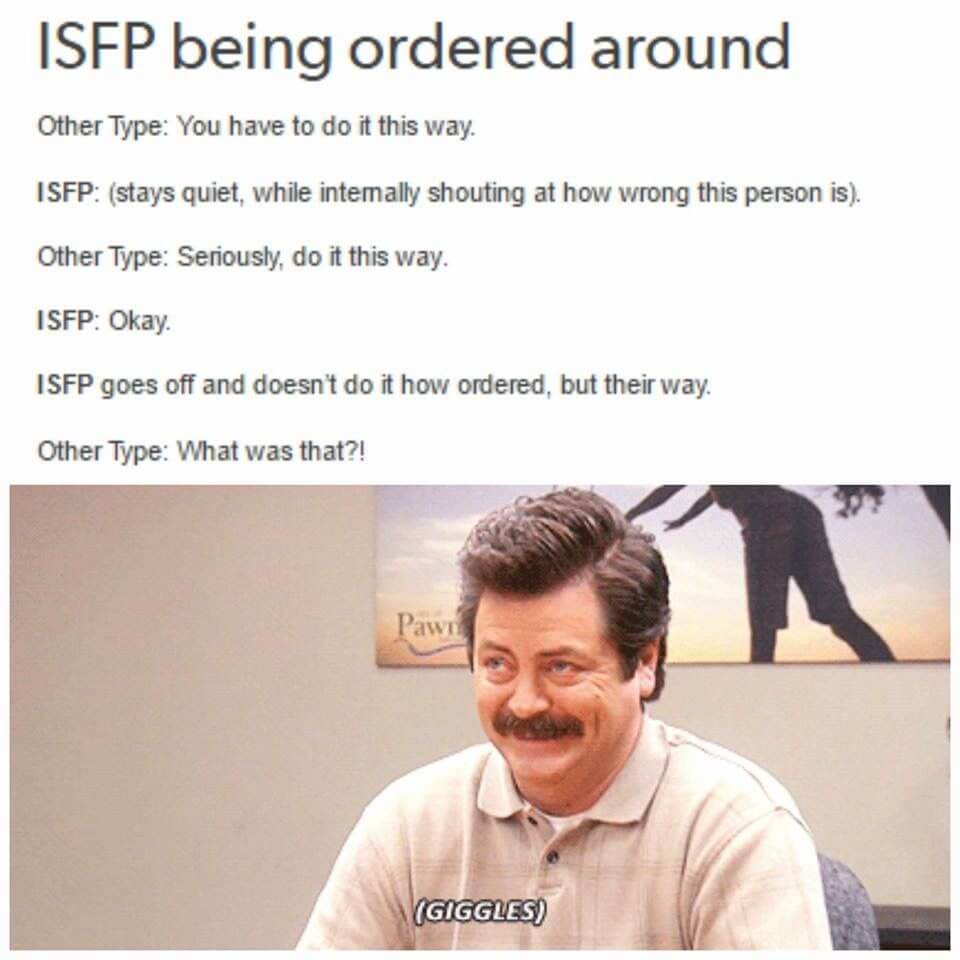 ISFPs really don’t do well with responsibilities but they also refuse to get stressed over them. A lot of the ISFP humor is situational and may involve a lot of gestures and timed pauses, as well as plainly not taking anything seriously. The ISFP is kind of like a modern-day Charlie Chaplin! “The Artist” personality type likes to think they’re on-stage constantly and a lot of their sense of humor is action-based. Even if no one is watching, they’ll act like someone is! 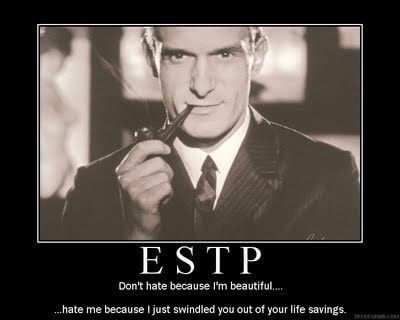 You never know if you should hate or love ESTPs. I mean, they are so charming and charismatic (and often quite good-looking). The “Persuader” type is a great example of a person who can change their comedy style according to their audience. Being able to read people’s emotions easily, they can tailor their jokes to whoever is listening. It’s no wonder this type is always the center of attention! 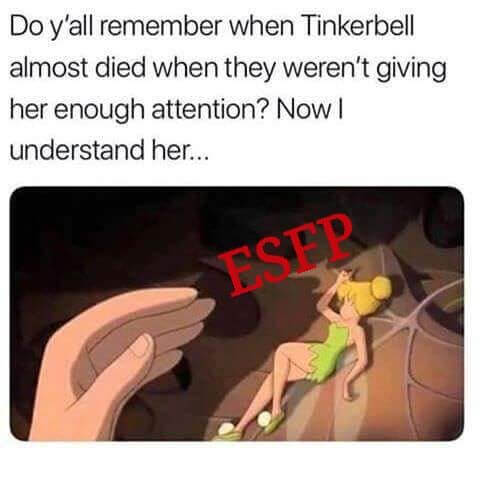 I mean yes, ESFPs love to be the center of attention. It’s expected from such a performance-based personality type and to be honest, it’s well deserved! “The Entertainer” will find almost anything funny and can create a large library of jokes and puns in their head to use for later. So next time you meet someone who’s giving you stomach cramps from all the laughs, know you’re in the presence of an ESFP!

Don’t know what your ersonality type is yet? Take out the FREE Personality Max test and find out!