INTJ or The Strategist is an Intuitive, Thinking, and Judging Introvert. It’s easy to spot an INTJ in a room – just look for the person with a quiet, yet cunning character. INTJs are unafraid to tell the truth, even if it hurts and this is often their best and most hilarious quality. Blunt and insensitive in their humor, this personality type enjoys dark jokes. And despite their dry and cutting humor, in the right crowd, INTJs can be hilarious comedians. They have a quick wit and enjoy sarcasm.

There’s an ongoing stigma that INTJs are incapable of emotions, this, however, works to their advantage when they want to make people laugh. Their humor is often delivered with a deadpan expression, which further confuses their listeners. INTJs tend to think more than what they say, which works pretty well when they’re trying to be funny. Their jokes are tight, short, and to-the-point. There’s usually some hidden innuendo, or worse – a blunt and somewhat hurtful punchline. People who have trouble understanding their sense of humor could find it insulting, and INTJs have trouble understanding this. The bottom line is, they don’t tend to go out of their way to try and hurt anyone, they just don’t realize when a joke has gone too far off. They simply enjoy giving their audience a mini heart attack and get a real kick out of it.

In this article, we’re going to explore the INTJ humor, what sort of jokes they enjoy, have a look at some hilarious INTJ memes and quotes by famous INTJs personalities. We hope this will provide some keen insight into this personality type and what goes on in their mind when they find something to be funny.

Humor varies across all 16 personality types. As for the INTJs, it’s safe to say, they’re difficult to impress. Based on their personality, preferences, intellect, and Thinking nature, it truly takes a lot to make them laugh. They don’t have much respect for the so-called ‘dad jokes’; they find them simple, predictable, and boring. The key to making an INTJ laugh is by taking things a little further. In simpler terms, they enjoy absurd humor. Anything that is shocking, sarcastic, witty with a hint of dark tendencies, and isn’t PG13. Some great examples are the Cyanide and Happiness comics or the incidental dark humor which is complementary to a game of Cards Against Humanity. Here’s an example of one of their softer jokes:

As introverts, INTJs aren’t the best at handling being the center of attention. However, they are clever enough to understand and appreciate dry humor and often use it to make a crowd laugh. INTJs walk around with a straight face, which comes in handy when they’re trying to deliver a good joke. Anti-jokes are an INTJ’s second nature, largely due to their ability to emotionally detach from a situation. Most of the time people can’t really tell if they’re joking or not, and that’s great for The Strategist, for they love being ambiguous in their intentions. The animated comedy Archer is a popular choice amongst INTJs. Also, comedians like Russel Brand, Noel Fielding, Tim Minchin, and their dark surreal comedic styles are a favorite.

INTJs enjoy jokes that are dense and multilayered, at times even belligerent. Situational comedy truly hits the spot for the majority of INTJ (not TV sitcoms per se), anything that can confuse the listener is accepted and approved. INTJs enjoy the confusion on people’s faces when a joke is lost on them. They also have an appreciation for historical or scientific puns and prefer if the punchline is a real brain teaser. INTJs are supremely intelligent, hence dad jokes may seem almost insulting to their big brains. They enjoy a challenge, even when it comes to jokes. Here are a few jokes we think will leave this personality type giggling.

INTJs love jokes, puns, and of course – memes. Other personality types often make fun of the INTJ’s cold exterior, so don’t be surprised if a vast majority of INTJ meme humor is about them being insensitive.

Following are some of the best online hubs where you can find content suitable for INTJ humor (all supplemented by a meme they would appreciate):

Reddit is an online platform that allows users to start conversions on millions of different topics. Even the most niche subject matter is discussed on Reddit, so don’t be surprised to find an INTJ person here. Here’s a thread talking about why INTJs are the best personality type. 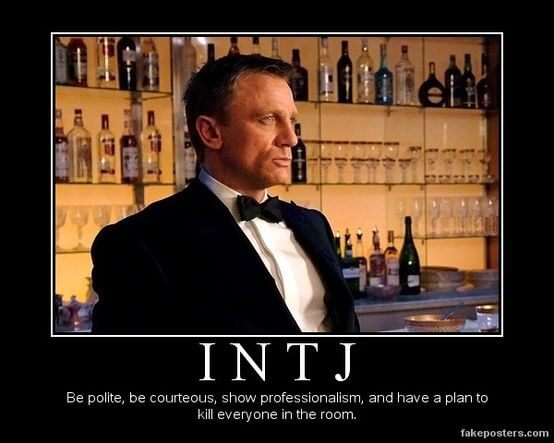 Another popular place to find INTJ content is Pinterest. An image-sharing platform that allows users to create ‘pinboards’ – a collection of images based on the user’s aesthetics and interests. So it’ll be no surprise to find some pinboards on INTJ memes here. The site also allows for posting content, so if you come up with a meme you want to share with the INTJ community, you can try posting it there. Meanwhile, you can have a look at this INTJ pinboard: INTJ Aesthetic. 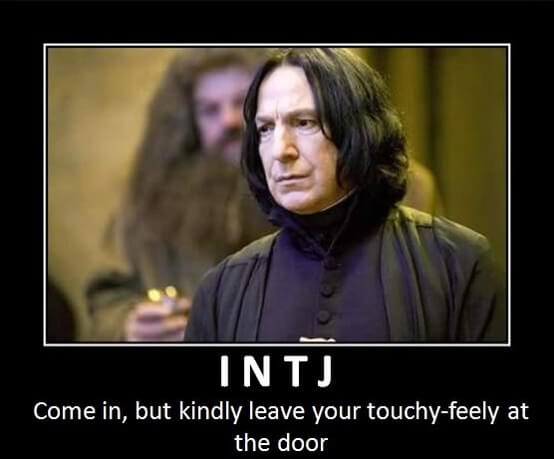 Tumblr is a platform that allows you to create and maintain a personal blog free of charge. When you create a profile, other users can like, share, comment, and reblog. Looking for your desired content; GIFs, videos, text posts, etc becomes easy as they can be tagged with a hashtag. You can find lots of information on INTJs with the hashtag #INTJ. Go on, give it a try! 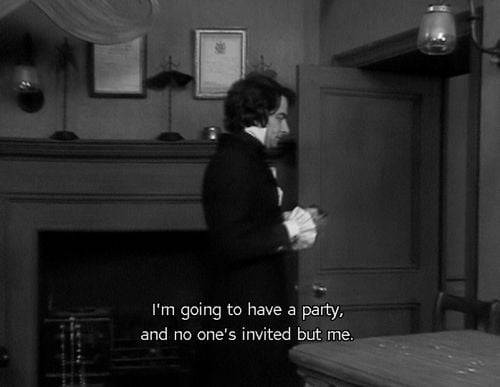 INTJs are drawn to intelligent and successful people. They don’t believe everyone can be their friend, because a friend to everyone is a friend to nobody. In the same sense, they respect people who share similar qualities like them. INTJs are often inspired by realists who can eloquently stand up for their beliefs. In this section of the article, we have selected a few quotes by INTJs that embody the energy of the Strategist type.

Quotes INTJs Can Relate To

Sometimes it’s tough to stay inspired, so we decided to find some quotes that match the INTJ energy. By now you probably realize the INTJ’s brain is an enigma, playing at different scenarios in their heads. INTJs are drawn to people who understand the complexity that they struggle with every day. Here are some quotes that encapsulate the philosophies of this personality type:

Want to know more about famous INTJ celebrities and fictional characters? Head over to our INTJ famous people article. In the meanwhile, you can take a look at some relatable quotes by famous INTJs that we have selected just for you: