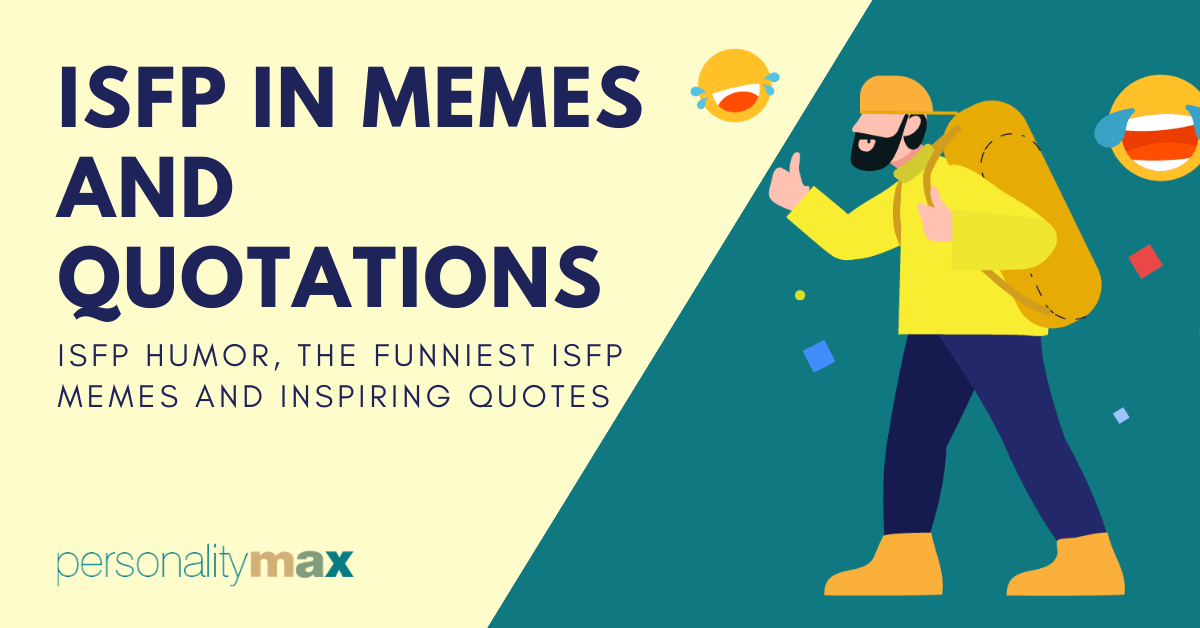 How can we tell the personality type of someone we just met? Well, the most reliable way is to make them take the 16 personalities test! Of course, that’s not always possible, so most of the time we have to resort to other, less conclusive methods. 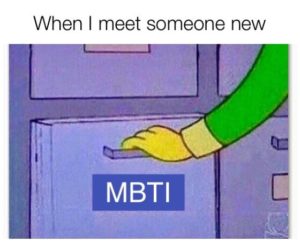 Theories of the telltale signs for each personality type abound on the internet. Besides looking for characteristic traits, some argue that a person’s personality type can be discerned by things such as their looks, their smile, or even their gait! But there’s one revealing attribute that is often overlooked – a distinct sense of humor. Humor is a form of expression and a way to relate to the world. So it’s not surprising that each of the 16 personality types has a discernible taste when it comes to what they find funny.

What distinguishes ISFPs’ sense of humor from that of other types? ISFPs (also known as Adventurers) are kind and considerate, so one wouldn’t expect them to be fans of offensive, dark, or ironic humor. But behind an Adventurer’s warm smile lies an emotional intensity that is not always obvious. They do enjoy sarcastic or mischievous remarks, but since they are quiet and reserved, they might not reveal that side to people they don’t know well. Despite their taste for sharp and biting humor, ISFPs are often very sensitive to perceived criticism, so they may get easily offended if sarcasm is directed at them.

Another common characteristic of Adventurers is that they often use deflective humor. Their introverted nature may drive them to use jokes to direct people’s attention away from themselves, as they tend to value their privacy and personal space. 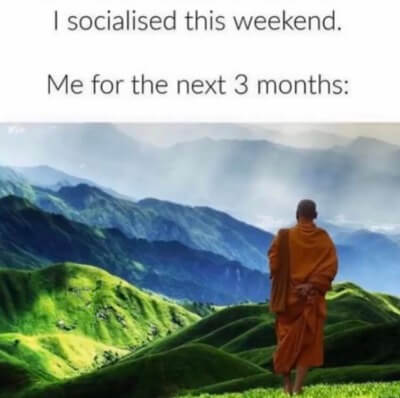 ISFPs’ affectionate nature, combined with their adventurous spirit, also makes them fond of silly and playful humor. But since they are so reserved, this playfulness is another area they may not be comfortable revealing to everyone. However, goofing around may be their way of bonding with those closest to them.

Wondering whether your favorite celebrity or fictional character has the ISFP personality type? Read our ISFP famous people article to find out!

Memes are a relatively new form of communication on the internet. But in a short while, they’ve become so ubiquitous that there is hardly a topic they don’t cover. The way things are going, they may soon be the internet’s official language! Personality types are one of the many topics this medium explores. So let’s review some of the Adventurers’ characteristics as they have been expressed in memes. Keep in mind that the traits depicted in the ISFP meme collection below have been exaggerated for comedic effect.

ISFPs are known for their creativity and attraction to beauty. As Sensors, they focus on the data coming in through their five senses, so they pay close attention to their surroundings. Also, Adventurers tend to be action-oriented; they wouldn’t waste time pondering things too long, but would instead jump into action. This is especially true when it comes to changing their environment to please their aesthetic sense. 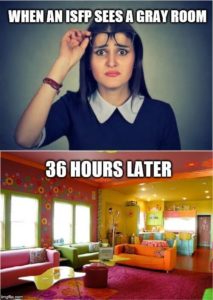 However, an ISFPs’ traits may sometimes seem contradictory. They can be very driven when it comes to things they love and care about, but they don’t like it when a chore is imposed on them from the outside. Adventurers value their autonomy, and feeling pressured to do something might bring out their rebellious side. 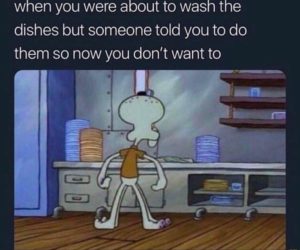 Defiance is one reason ISFPs dislike chores, but it’s not the only one. As Perceivers, Adventurers are more comfortable with open-ended situations. They like to have their options open and avoid strict routines. In the case of ISFPs, this is more of an expression of their striving for authenticity than anything else. However, that doesn’t mean that the internet is going to miss a chance to make a crude joke about it. 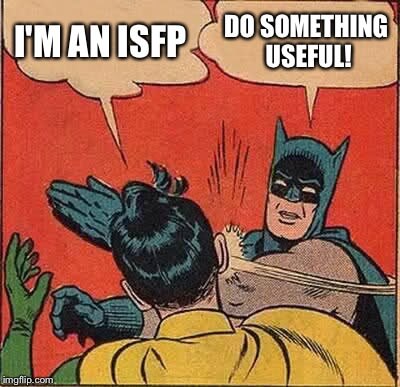 ISFPs’ easygoing attitude makes them fun to be around. Some personality types, however, may be less tolerant of their flexibility than others. Judging personalities, in particular, who tend to be more structured and systematic, may see Adventurers as lacking in follow-through. Batman from the picture above is probably a Judging type! ISFPs’ free spirit might be especially aggravating in the workplace to types who direct their organizational skills outward – such as those driven by their Extroverted Thinking cognitive function. Or as this meme puts it: 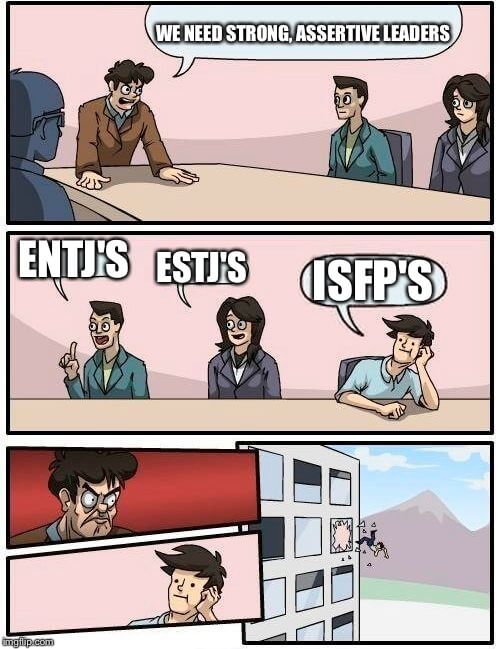 It’s important to remember one thing though – ISFPs mean no harm. They are guided by their desire to experience life fully and to find creative ways to enjoy it. More often than not, their intention is simply to express themselves in the most authentic way possible, rather than cause any trouble. 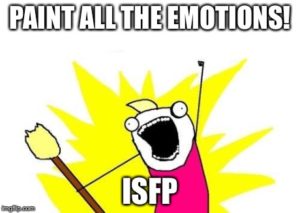 As Feelers, Adventurers are more concerned with their internal sense of right and wrong than they are with external norms and conventions. They are empathic, focused on treating people with care and respect and driven by their idea of how they themselves would like to be treated. So ISFPs may find it hard to accept behavior that doesn’t adhere to their moral code. 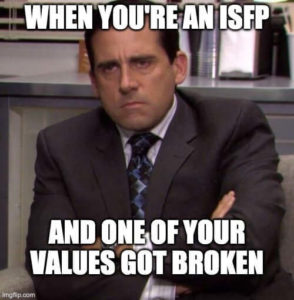 However, ISFPs’ sensitivity and desire to maintain harmony will in most cases discourage them from engaging in confrontations. As an introvert, an Adventurer is usually quiet and reserved and has a strong aversion to conflict. Adventuers are more likely to process disagreements internally (driven by their Introverted Feeling function), as long as their sense of autonomy is not threatened. 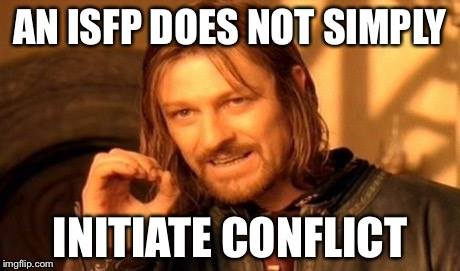 ISFPs’ reserve combined with their strong sense of personal space is what also makes them one of the most unpredictable personality types. Others often wonder what is happening behind the restrained exterior of an Adventurer. They are always on the lookout for new and exciting experiences and are likely to jump into action before sharing their intentions. So an ISFP’s behavior may catch others by surprise. 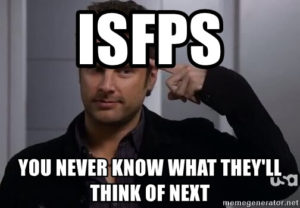 Adventurers’ search for adventure and their dislike of abstract speculation may sometimes make them too quick to act. They might end up in risky situations if they follow their whims and fail to take into account the consequences of their actions. They trust the emotion they feel in the present moment. 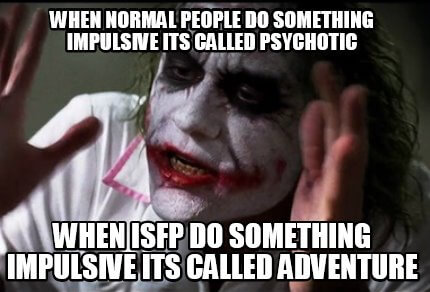