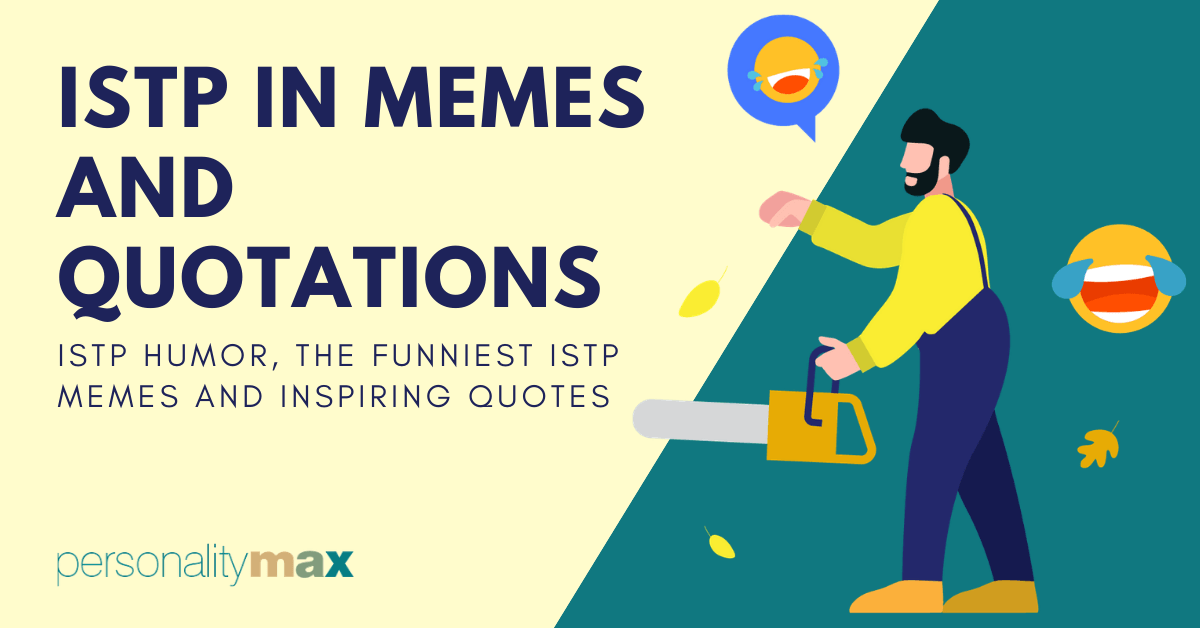 Do you have a dry sense of humor that makes potential enemies? Do other people’s stupidity and attempts to be validated by others make you laugh? Then you’re probably an ISTP. In this article, we’ll take a closer look at this personality type’s humor by analyzing some of the internet’s best ISTP memes. We’ll also dive deeper into some quotes from famous people that ISTPs can relate to, as well as some of the best ISTP jokes.

Before we dive in, let’s make sure you know your personality type. You can take our comprehensive personality test to find out!

As introverts, ISTPs prefer to cherish their own small group of friends rather than trying to maintain a vast circle of acquaintances. They can be loyal to their closest circle, but find it challenging to integrate into larger groups of people. ISTP is that one person at the party that never joins the conversation but is still very interested in it. There’s nothing that describes ISTPs at gatherings more than ‘I came. I saw. I made it awkward.’ However, it’s not like they desperately want to be involved. Exactly the opposite — their favorite party trick is not going. Although Warren Buffett was an ISTJ, his song ‘If the phone doesn’t ring, it’s me’ is a pearl of wisdom that all ISTPs can relate to. The Tinkerers enjoy their own company and can’t be bothered with trying to fit in.

The ISTP person has also often been described as insensitive and even heartless. Those qualities are projected in their humor as well. They have a very specific sense of humor. And perhaps that’s partially why people can’t seem to click with their jokes. ISTP humor involves laughing at other people’s failures, and irony. They’re sarcastic 90% of the time, and when they’re not they’re probably slipping in some dark humor or an inappropriate joke. A great example of what an ISTP might enjoy is the game ‘cards against humanity,’ which is famously offensive. The ISTP humor is similar to that of INTPs — they both seem arrogant even though they aren’t. They’re just being their most authentic selves, which might be perceived as heartless.

You can find an ISTP rolling on the floor giggling at their own jokes. But even if you somehow succeed in making them laugh, it will probably be because of something dry and offensive. Here are some jokes that the average ISTP person would probably enjoy:

You can tell a lot about a person based on the memes they like. And for the straightforward ISTPs, memes are a perfect way to express their humor. The short text coupled with a picture means a lot more for them than long jokes that come to the same ending. ISTPs appreciate directness and that’s why they like memes. We’ve scavenged the internet for some of the best memes that describe the ISTP personality type.

Reddit is a popular web content rating and discussion website. A wide diversity of internet communities communicate daily through Reddit, and there are countless subreddits on various topics. ‘ISTP memes’ is one of them. It was started in October 2019 and is still fairly active — you can find a new meme there every few days. 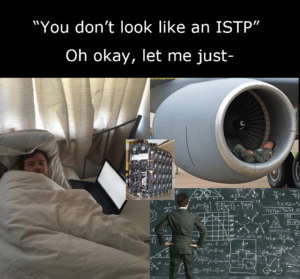 Tumblr is a social networking platform that has been around for a while and it’s popular within several blogging communities. It allows users to post multimedia and other content and it allows them to follow other users’ blogs. There’s a blog on Tumblr dedicated to 16 personalities memes and you can find plenty of content related to ISTP memes. Also, there are countless posts with the #ISTP on the website itself. 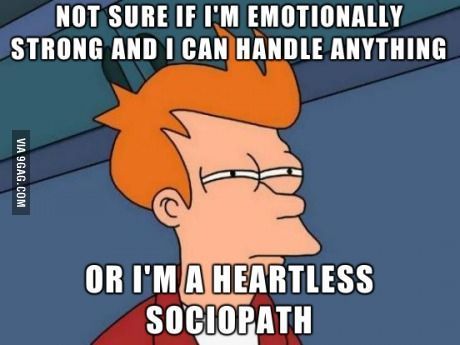 Pinterest is an image-sharing social media service that allows users to create ‘pinboards’ consisting of imagery. 16 personalities memes are a popular topic for pinboards, where you can find numerous memes based on personality types including many ISTP memes. 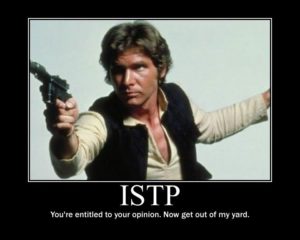 ISTPs are motivated by progress and are action-oriented people. It’s also hard for them to relate to others when they’re acting in illogical ways. We managed to collect some quotes that ISTPs can resonate with and hopefully even get inspired by. Additionally, you can enjoy some brutally honest quotes by famous representatives from this personality type.

Quotes ISTPs Can Relate To

As a straightforward and pragmatic personality type, ISTPs derive their energy from within and prefer action to conversations. They have an intuitive understanding of how mechanics work and are typically skilled at using tools. They enjoy figuring things out and are born problem-solvers. Here are some quotes that resonate with the life philosophy of this quiet and practical personality type.

The ISTP personality type is ambitious and feels best when they’re given the chance to develop themselves. For this reason, many ISTPs have become well known within several sectors of society. If you want to read more about famous ISTP people, then you might want to check out our article specifically focused on that topic. But if you just want to read some quotes by famous ISTPs then just keep reading!