The INFJ is an Intuitive, Feeling and Judging Introvert. You can easily recognize them as the quiet, compassionate and idealistic personality type that can often predict the future because of their incredibly strong intuition. Even though the INFJ friend may appear reserved and mystical almost all of the time, but sometimes this can just be a clever disguise. Their Feeling nature causes them to experience very deep emotions, and resonate with the feelings of those around them. Sometimes they get so involved in other people’s emotions, that they find it difficult to distinguish them from their own.

Even though INFJ’s humour is not always understood by those around them, it serves them as a way to connect to others. They are so sincere in their emotions and beliefs, that people feel drawn to them, even if they don’t fully get them. INFJs are so perceptive, that they even don’t expect that of others – this personality type understands that not everyone’s motivations will align with their own and that is normal. All they ask from others is that they maintain a sense of respect to their personal opinion, especially when it comes to topics that are close to their hearts.

In this article we decided to take a look at the INFJ personality type through the lens of their humor, as well as quotes they find inspirational. This can provide a keen insight into the inner workings of their minds.

Humor styles of each personality type can vastly differ from the others. This is based on their individual personality traits and preferences, which is completely normal and understandable. INFJ humor can be categorized as non-trendy, often geeky kind of humor. People with the INFJ personality are often regarded as social chameleons with a wide range of interests, which is why it’s easy for them to adjust according to the sense of humor of the other person. If they have to express their own, it’s often filled with pop culture references and they are quite good at witty banter as well.

INFJ find it funny to point out how absurd a certain situation might be. They enjoy presenting to others different issues and flaws, as well as behaviour they find illogical. Sometimes this can lead to them being perceived by others as acting cocky or more self-assured then they are in reality. One of INFJs superpowers is being able to act unaffected in an absurd situation – even if they actually are. They are also able to keep their stone face while saying something outrageous, which further builds up their style of humor.

The dominant function of INFJs is Introverted Intuition (Ni for short), which means that they are very driven by their intuition and values. However, even though INFJs have their own preference for what they find funny, nothing makes them happier than being able to laugh with other people. This is why they enjoy enacting any style of humour, if people are patient enough to get them out of their shells. Sometimes INFJs can have a preference for dark comedy, but they never say jokes like this with ill intention – all they want is for people to enjoy themselves and have a good time together.

Here are some examples that can give you an orientation of what INFJ humor is like: Jean-Luc Picard (Star Trek) whenever he’s witty, Yoda (Star Wars) whenever he’s being a kooky jokester.

A lot of INFJs enjoy jokes that carry “meaning”. This translates in observations, which are wrapped in somewhat of a provocative and funny clothing. It is an intelligent and elegant kind of humour, which not every person “gets” but those who do are in for a delight. Sometimes INFJs also use humour to make their point come across, since they aren’t big on confrontation. When a topic is important to them nonetheless, they will try to call out the behaviour that bothers them in a relaxed and confident way, which balances out their power.

Here is a small taste of jokes they find funny:

INFJs have a peculiar sense of humor and their specific personality makes way to plenty of good-hearted memes. Following, we list the best hubs for INFJ memes (and include our favorite INFJ meme from each):

Reddit is a network of communities, based on people’s interests. There are thousands of subreddits on different topics — and INFJ memes is one of them. r/INFJmemes has 6k members as of December 2020 and these members are very active — you will find a new meme on there every couple of days. 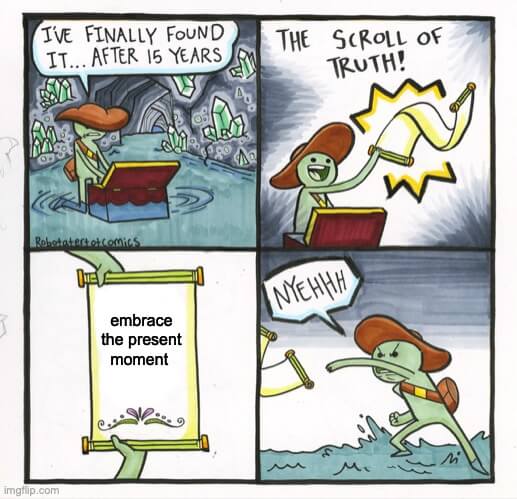 Pinterest is an image sharing service, where people can create so-called “pinboards,” which are a collection of images united by a similar topic or idea. These pinboards aren’t limited to memes, as you can imagine, but can include different things that fit the set aesthetic. For example, if someone were to make an INFJ board, they would include memes, things that INFJs like, and anything else that can be linked to this personality type. 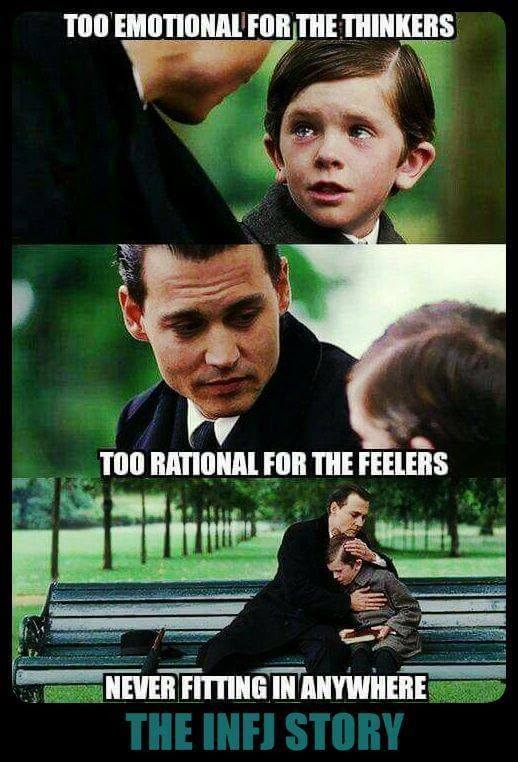 Tumblr is a microblogging service, where different users build and maintain blogs. They can follow each other, repost content, comment and like. Tumblr supports a large pool of multimedia, such as videos, images, GIFs, audio, text posts, etc. Users can tag content in a suitable way, which makes it easier to be found by the next person in the internal search engine of the site. There are plenty of posts tagged #INFJ on there. 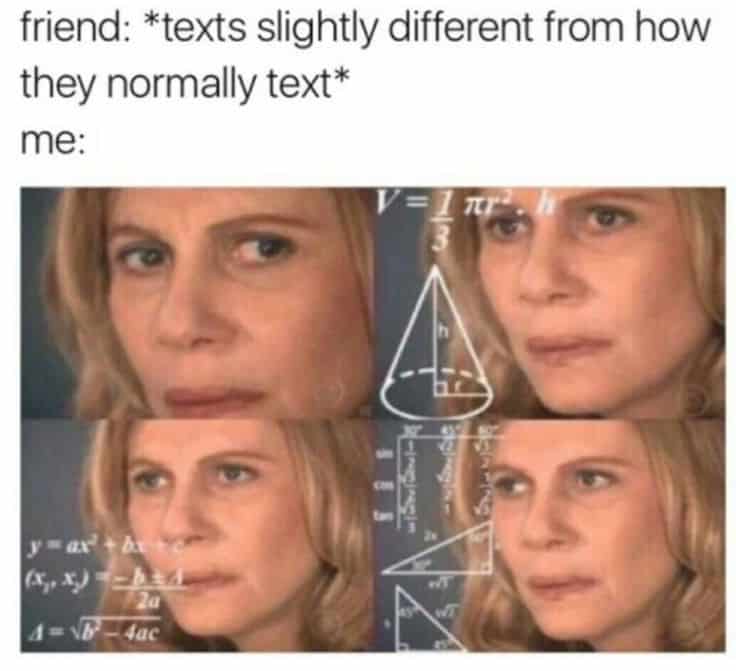 INFJs are drawn to inspiring stories told by actual real life people. This gives them a sense of comfort that even though they may feel misunderstood sometimes, there are still people out there who “get” them. Here are some quotes that INFJs can relate to, as well as quotes by famous representatives of this personality type.

Quotes INFJs can relate to

It’s easy for the INFJ type to get inspired. Their calm and intuitive resolve can find the deeper meaning in anything… if they are patient enough with it. Here are some quotes that perfectly encapsulate the life philosophy of this personality type.

If you want to read some quotes by famous INFJs, this is the right section to do so. Or you can take a look at our epic list of INFJ famous people.