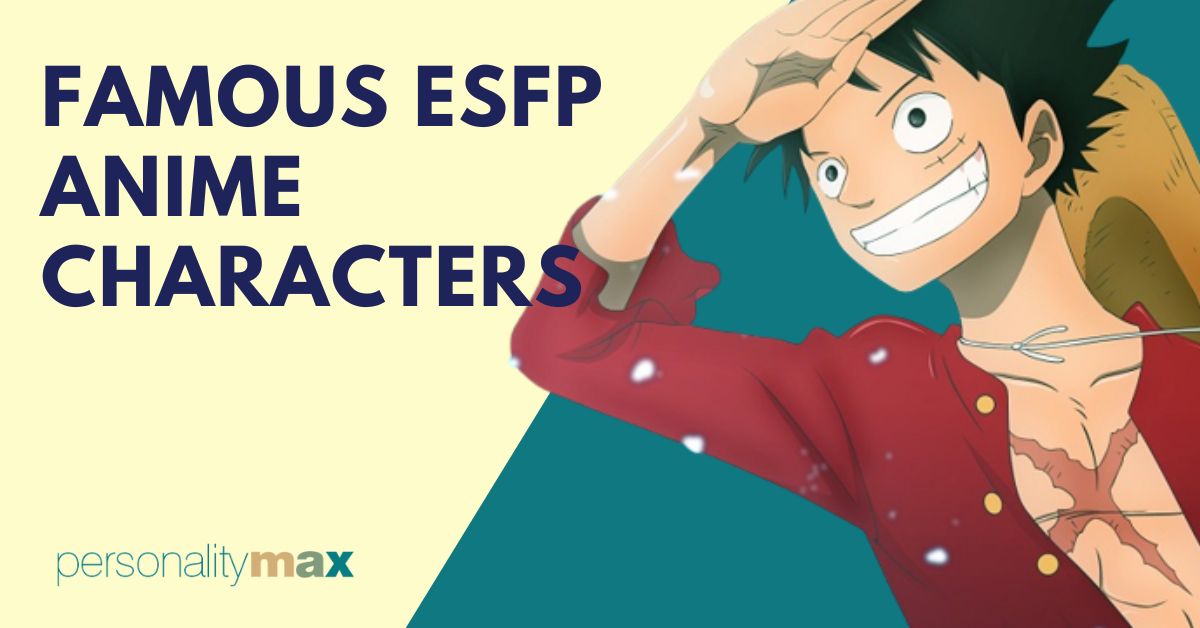 Do you sometimes feel like you’re an ESFP (Extroverted, Observing, Feeling, and Prospecting) personality because you’re practical, spontaneous, and you love socializing? If so, then you’re in the same category as famous ESFP personalities such as Ronald Reagan, Bill Clinton, and Nicki Minaj.

There are also quite a few anime characters that display ESFP traits, such as Son Goku (Dragon Ball Z), Akaza (Demon Slayer), and Asta (Black Clover). In this article, I’ll explore some of the most popular ESFP anime characters and see how their personality traits affect them.

Known as “The Entertainer,” the ESFP personality type is focused on having exciting experiences and making strong connections with others. But, their optimism can sometimes make them lack focus when it comes to serious topics because they want to keep things cheerful and light.

With this in mind, let’s explore seven of the most popular ESFP anime characters. 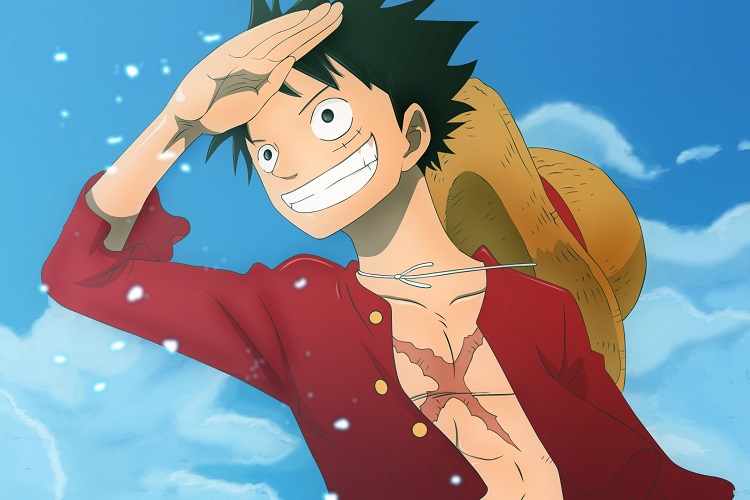 Monkey is a teenage boy on a mission. Even though he’s still young, he’s already achieved a lot, for example, establishing the Straw Hat Pirates and being one of its best fighters. He’s on a mission to find treasure that was left behind by Gol D. Roger so he can become the Pirate King.

With so much ambition and energy to achieve his goal, it isn’t surprising that he’s an ESFP personality. He also displays other ESFP traits, such as being imaginative. An example of this is the way in which he can manipulate his rubbery body to take on different forms.

He’s also charismatic and boasts natural leadership skills, which can be seen in how he attracts lots of followers. He unwillingly achieved the title of being the leader of the Straw Hat Grand Fleet, a fleet containing seven crews of pirates who promised Monkey their allegiance. 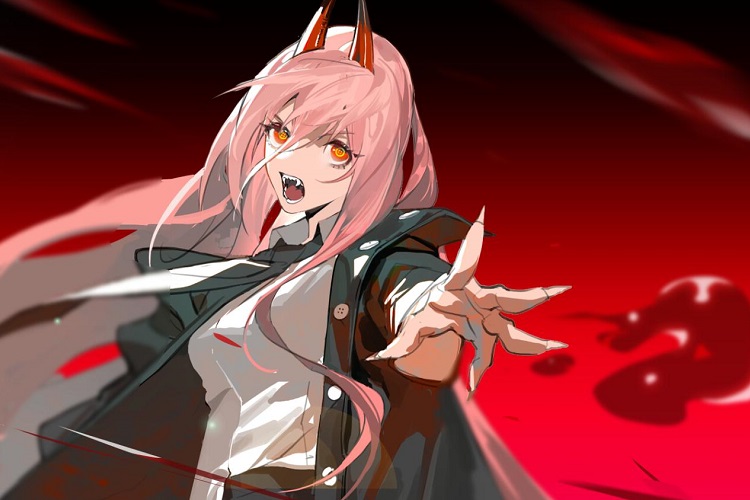 Power is a Public Safety Devil Hunter who forms part of Makima’s special squad. She is self-motivated and always tries to show others that she’s superior to them. She isn’t loyal to devils or humans, so you might be wondering why she’s on this list of ESFP anime characters.

Well, Power is a good example of the darker elements of the ESFP personality. Although these obviously don’t apply to everyone who identifies with this type of personality, they do apply to Power.

Some ESFP personalities will avoid making clear future plans, they live in the moment and like to just see what happens. This is a way of life that Power shares, and it can be seen when she enters into battle. She doesn’t consider her opponent’s level of power and overestimates her own skill, which can sometimes cause her to run away from fights if she’s outmatched.

However, as her character develops, she starts to experience compassion. We first see this when she cares for her cat, Meowy, who gets kidnapped. She also makes close friends, such as Denji. We can see that she cares for him when she puts herself in danger in order to protect him. Therefore, she also reveals the ESFP trait of building close bonds with others.

Gon is a rookie hunter who’s on a mission to find his father. From the very start of the series, we can see that Gon craves adventure, which is something common with ESFP personalities—they get bored easily.

Gon is an Enhancer, which means that he’s determined to achieve his goals. This, when combined with his skills, encourages other people to take his side—even his potential enemies.

Gon keeps a cool, calm demeanor and takes time to think creatively and find solutions to problems, which is another ESFP trait.

We can see this when he takes the Hunter Exam and thinks clearly to find a way to open the locked door to the finish line, even though he’s in a high-stress situation. Meanwhile, other people in the test have to break the wall to reach the finish line because they don’t think in his imaginative way.

He’s also a curious person, with a character called Zepile stating that Gon doesn’t care about good or evil when he becomes curious about something. In fact, he sometimes even shows respect and admiration for murderers, such as when he thanks Binolt for helping him grow stronger. 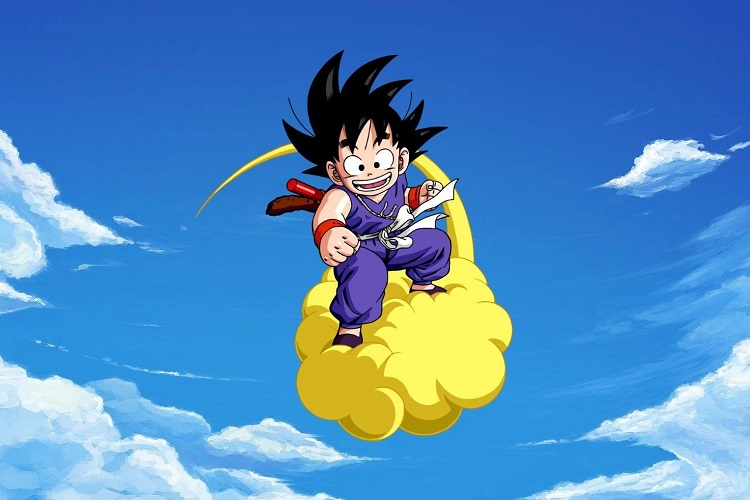 Son Goku was sent to Earth as a baby with anger issues, but after suffering a head injury that eliminated his destructive nature, he became a great defender of Earth. He basically took on qualities that are typical of the ESFP personality, such as being kind, energetic, and compassionate. For example, we can see his compassion when he rushes to help Master Roshi and tries to save him, a goal that he succeeds in achieving.

Although he has a strong fighting spirit, Son tries to spare his enemies because he doesn’t like to hurt others. He has no negative or malicious thoughts or feelings and is supremely loyal to his loved ones.

He likes to be energized and stimulated by new experiences, so he tries to keep boredom at bay. Son is carefree but always strives to embark on new adventures and fighting challenges so that he can put his fighting ability to the test. 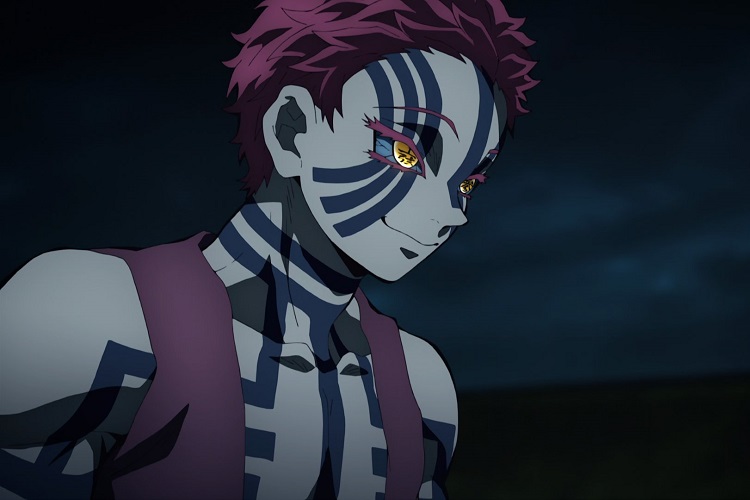 Akaza is an antagonist in the series, a demon who used to be human. While he loves fighting, he’s also good at it. Revealing his desire to be social, Akaza will sometimes flatter his opponents and isn’t afraid to compliment their excellent techniques during battle. This is quite an original trait and links to the ESFP personality, which is focused on being unique and standing out in a crowd.

Akaza is a strong-willed demon who won’t stop in his quest to become the best and strongest. He also has a skill that enables him to sense things that others can’t. For example, he has a “Fighting Spirit” ability, which informs him of his opponent’s willpower so he can rate them as either a weak or strong fighter.

He’s quite practical, and an example of this is seen when he refuses to kill women, even though this would make him become stronger. The reason for his choice is not clearly known, however, it’s thought to be because he had strong feelings for a woman named Koyuki. 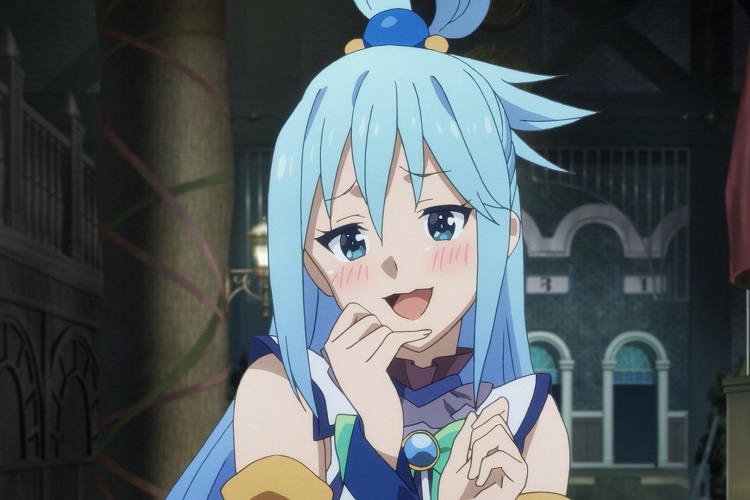 Aqua is a social and bubbly person. She’s quite extroverted, but sometimes this puts her in awkward situations. For example, she will express what’s on her mind without thinking about if it’s inappropriate to do so.

She’s not a big planner, which is a potential weakness of the ESFP personality. This can be seen when she only focuses on her actions and good deeds, without considering the bigger picture.

Aqua is an honest person and can’t lie. If someone catches her out on a lie, they only have to pinch her cheeks for her to express the truth. This is a trait that’s common with the ESFP character.

People with this personality will usually be honest and pretty straightforward, although they have to try to avoid being harsh or blunt. That said, they can also be quite tolerant. Aqua is an example of this. She is highly forgiving of others and won’t judge them for their mistakes.

Asta is an orphan who was abandoned by his mother. When he reached the age of 15, he received a clover grimoire (a book of spells) with an Anti-magic Devil inside, which led him to join the Magic Knights organization.

Right from the outset, we can see that Asta is an ESFP personality. He’s cheerful and open about his thoughts and goals. We can see this when he expresses his goal of becoming a Wizard King during a Magic Knights entrance exam and reprimands people who were criticizing him. Since he’s so outgoing, sometimes Asta comes across as humorous.

He has a strong positive outlook on life, which is sometimes displayed during battles. An example can be seen when Fana tries to kill him and his allies with her power and he tries to reason with her and talk her down from her anger instead of merely killing her. This displays that he’s a social person with empathy.

Asta has gained the respect of many people as a result of being honest, friendly, and non-judgmental.

In this article, we’ve featured seven of the most popular ESFP anime characters. We’ve looked at their strengths and weaknesses, and how their personalities are shaped and influence what they experience in life.