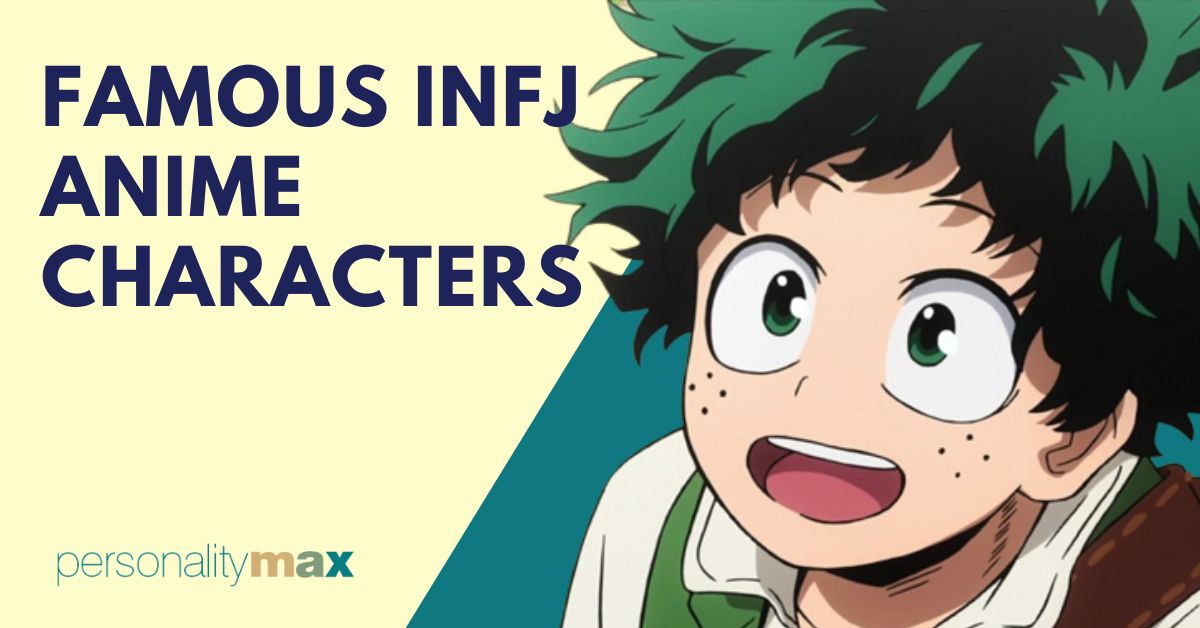 Do you sometimes feel misunderstood? Do you find yourself relating to Shigeo Kageyama or Alphonse Elric when watching anime? If so, you might identify with the INFJ (Introverted, Intuitive, Feeling, and Judging) personality.

This type of personality contains strengths such as creativity, the ability to think about life’s meaning, and being mindful of others’ needs. Some potential weaknesses include having high expectations, being overly sensitive, and being a bit stubborn.

So, what anime characters display the INFJ personality? Let’s explore them and provide some details about how these traits come about and influence them, so we can learn more about this personality type through their respective stories.

Known as “The Sage,” the INFJ personality type is marked by perception and idealism. Some famous celebrities who display this personality traits include Carrie Fisher, Hilary Duff, and Alanis Morissette. On the other hand, some popular INFJ fictional characters include Ted Mosby from How I Met Your Mother and Jon Snow from Game of Thrones.

While the above might give you a bit more knowledge into what the INFJ personality is about, let’s explore seven of the most popular anime characters who display some of its common traits.

Shigeo is a student at Salt Middle School, as well as the vice president of the Body Improvement Club. He strives to feel positive emotions because his psychic powers are tied to his emotions. When he feels negative feelings, he ends up hurting people. He doesn’t like this part of himself, so he works hard to keep his emotions in check.

Although he seems to be socially awkward, he is an understanding person who doesn’t hold grudges. We can see this in his interactions with Teruki Hanazawa, who attacks Shiego but then becomes his friend. He also avoids using his psychic powers during battle as he chooses to try to reason with his enemies.

Something that’s common with the INFJ personality is that it’s marked by a strong sense of justice. Shigeo avoids taking shortcuts in life and dislikes corruption. He would rather use his psychic powers for good instead of evil.

Izuku seems to be quite reserved and meek when we first meet him. However, when he makes new friends and fights his enemy Katsuki, he becomes more confident, as well as a strong, valuable leader and a tough strategist.

Izuku displays idealistic tendencies, which are part of the INFJ personality, such as when he feels passionate about learning about heroes and starts writing down what he learns about their fighting abilities. This actually serves to give Izuku an analytical mind and has allowed him to be able to figure out how to fight in battles spontaneously.

Izuku cares about other people and will always protect them when they find themselves in dangerous situations. He tends to do this spontaneously, without spending too much time thinking about it.

Sometimes, he takes this caring nature to the extreme, such as when he breaks his arms to help others. This fighting style is something he tries to change because it’s unhealthy for his body and well-being, but it points to how self-sacrificing the INFJ personality tends to be.

As the victim of a human transmutation experience that cost him an arm and leg, Alphonse lost his physical being and is now a soul inside steel armor. After losing his body, Al seems to have remained like a child, as indicated by how innocent and pure he is.

He’s kind and compassionate, which can be seen when he protects others while remaining selfless. We see examples of his kindness when it comes to his love of cats. He picks up stray kittens and hides them inside his armor so that his brother, who disapproves of his behavior, can’t see them.

He’s also kind to humans, and this is shown in his relationships, for example, when he interacts with Mei Chang. He is chivalrous towards her and protects her when they fight battles together.

As a sensitive soul, Al is able to successfully interact with women in the series by complimenting and inspiring them with his words. As an INFJ personality, this behavior could be seen as a creative way of trying to make connections with others. 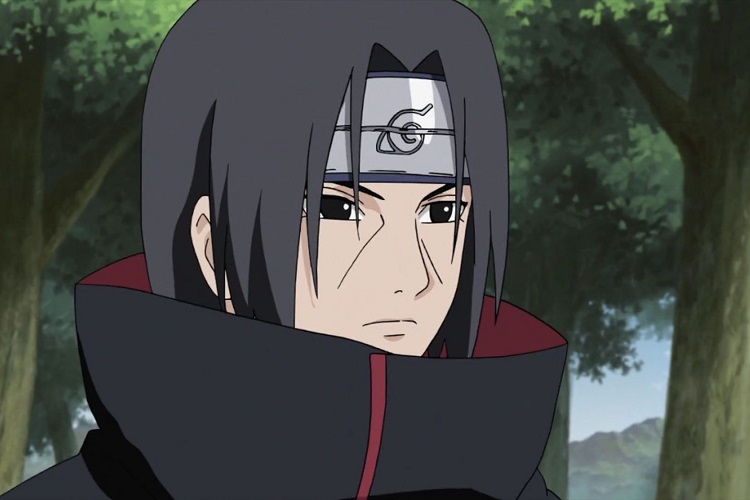 A common trait of INFJ personalities is the ability to be generous and sensitive to others. At first glance, these qualities don’t seem to be displayed by Itachi, because he transformed from an Anbu Captain into an international criminal after murdering his clan.

However, Itachi drew a lot of friends and admirers when he showed that he genuinely cares about others. For example, he takes time to think about the origins of the village, as well as its future. He also doesn’t like to fight and tries to find ways to avoid it if possible. However, his loyalty to others can sometimes be taken to the extreme, such as when he becomes merciless when those he loves are put in danger.

He is quite insightful and has been from a very young age. This enables him to deal with a variety of situations.

After he dies and is reincarnated, Itachi sees that his previous plans didn’t succeed and this helps him to see that he was too busy trying to manipulate others instead of being honest. This frees him to become a better person—he is kinder, which is more in line with the INFJ personality, and reveals a dry sense of humor.

This is also typical of the INFJ personality type, as humor for this personality is marked by being able to say something funny with a stony expression.

Emilia is a half-elf character and is in the running to become the 42nd ruler of the Dragon Kingdom of Lugnica in the Royal Selection. She’s lively, good-natured, and compassionate. She loves looking after others, even if she doesn’t always want to be honest about it.

She tries to save the frozen elves in the forest and spends a lot of time trying to help them.

Revealing some introverted traits, Emilia isolates herself from others and struggles to trust others with her feelings. But, after overcoming various obstacles, she gains confidence and loses her timid nature.

She also sometimes expresses a more childish side to her personality, especially when she finds herself in a new, unfamiliar situation. This is because she isn’t familiar with social norms in the outside world. However, she is able to learn about them quickly. 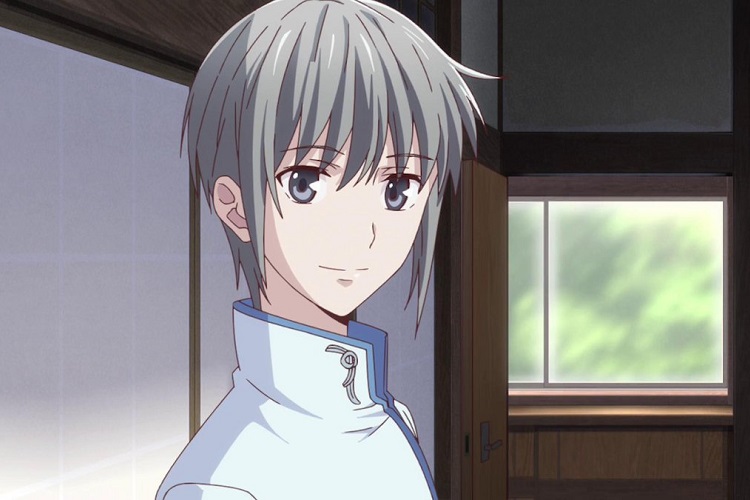 Sometimes referred to as “Prince Charming,” student Yuki is an attractive and accomplished guy with many admirers. However, as a result of his traumatic past, such as the abuse he suffered during his childhood, has caused him to experience self-esteem problems.

What is intriguing about Yuki is that, although he’s quite charming and kind, he feels lonely and insecure. Although many people like him, he feels like they don’t know the real him. It’s like he’s trapped behind the “Prince Charming” mask that he wears and fears that no one will like him for his real self. He envies others, such as his friend Kyo, for socializing and communicating with others without any hassle.

One of the INFJ traits that Yuki possesses is how he focuses on his own thoughts and ideas – this personality type tends to be a bit idealistic. Although that’s not necessarily a negative thing, in Yuki’s case it makes him less engaged with the real world.

As the series develops, however, Yuki starts to reach out to others and open up to them.

True to the INFJ trait of spreading kindness in the world, Yuki is willing to assist those around him, such as when he helps her overcome her fears and display more courage. 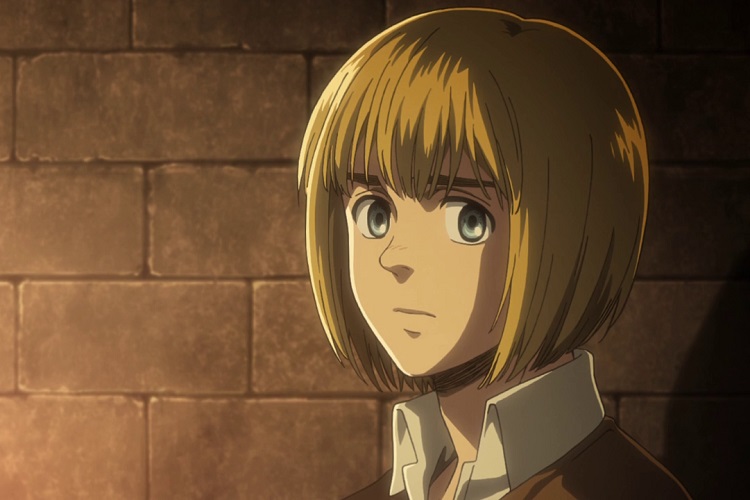 Armin is the commander of the Survey Corps and is fascinated with the world beyond the Walls. His deep interest in the outside world has caused others to tease and bully him. Although this has isolated him, he depends on his close friends for protection.

Although he wants to discover the outside world, he finds a second, larger goal—making a good impact on the world. He learns that he can use his capable mind to help others, which actually helps him deal with and overcome his low self-esteem.

Armin is willing to sacrifice himself to help others and won’t hesitate to literally die for those he cares about. An example of this can be seen when Jean is harmed during a battle and Armin helps him, even though this puts his own life in danger.

Although Armin wants to help others, he strongly displays the Introversion of the INFJ personality type. We can see this when he has to take on a leadership role and he struggles to speak in front of people as it makes him feel anxious.

The INFJ personality is marked by traits such as empathy, kindness, and fighting for what’s fair. In this article, we’ve featured seven of the most common INFJ anime characters, looking at how they reveal traits of this personality type and how it influences their lives and development.