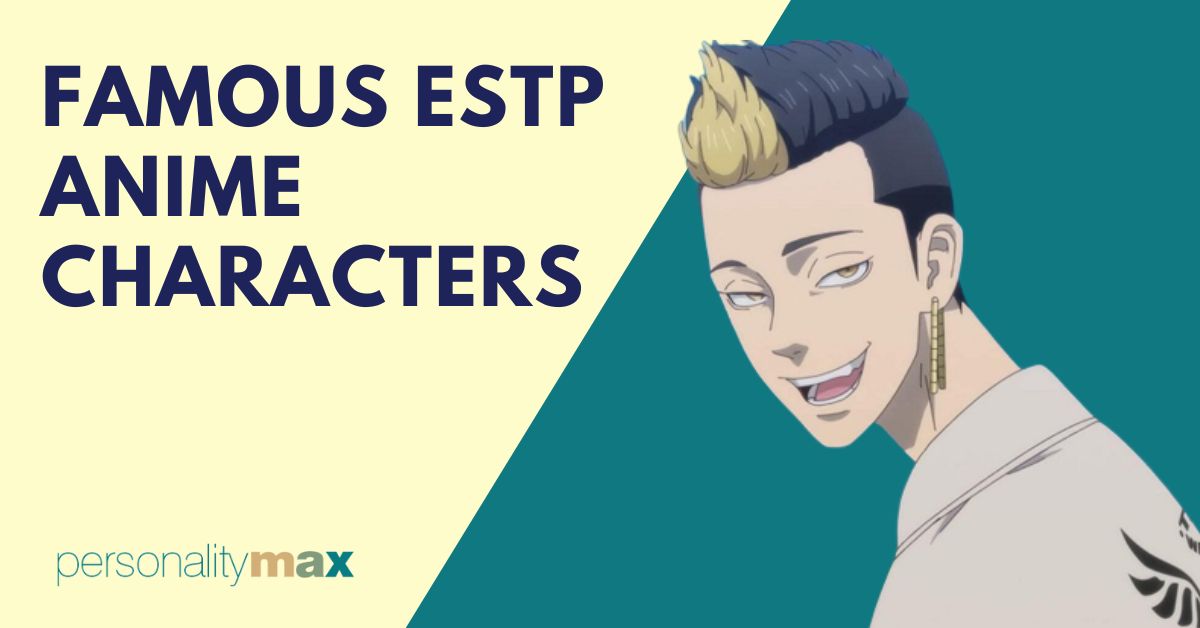 ESTP (Extroverted, Sensing, Thinking, Perceiving) personalities are sometimes referred to as “The Entrepreneur” because they usually focus on the opportunities in front of them while being energetic, social, and innovative.

To help you better imagine this personality, it helps to think of famous people that display these traits. Celebrity ESTP personalities include Meryl Streep, Theodore Roosevelt, and Madonna.

There are quite a few anime characters with ESTP traits, such as Franky from One Piece, Inosuke from Demon Slayer, and Tsunade from Naruto. Here’s our rundown of some classic ESTP characters in anime.

Noticing ESTP traits in anime characters is fun to point out because these characters are bold. They also attract people to them and are practical in achieving their goals.

Here are seven of the most entertaining and popular anime characters who display ESTP personality traits.

As a main character in the One Piece series, Franky is memorable. He’s a cyborg and a shipwright of the Straw Hat Pirates. Franky is a strong, free-spirited character who doesn’t like to play by the rules. He loves to build things, which sometimes comes off as strange as he built “The Thousand Sunny,” a ship with a lawn, a slide, and a swing.

He’s not just creative for himself. He is also quick to give others ideas and inspiration, such as when it comes to brainstorming ideas for the crew.

As an extrovert, Franky likes to make an effort with people and he tries to entertain his crewmates. He makes friends easily and is sometimes seen as an older brother because he strives to protect those he cares about.

This is quite a change from how he initially disliked the Straw Hats, but he forgave them when he saw how much they protect and support each other.

Inosuke is a protagonist who comes across as highly confident because he tends to overestimate his abilities. Although he was raised by boars and therefore grew up with little knowledge and understanding of how to interact with humans, Inosuke develops throughout the series. He starts to become more generous and affectionate, building a friendship with Zenitsu Agatsuma.

Inosuke is a hard worker and strives to excel, which is symbolic of his steady sense of self. His willpower is strong, such as when he fights the Demon King and refuses to give up. Some ESTP traits that Inosuke displays include his energetic and active behavior, as well as his love of taking risks. Inosuke sometimes ends up taking unnecessary risks as a result of overestimating what he can achieve and refusing to give up when defeated in a battle.

He portrayed creativity and innovation when he lived in the mountains and developed the Breath of the Beast skill, mimicking wild animals’ senses. Developing this skill and imitating wild nature enables him to use different fighting techniques. He also struggles to follow orders, which can be seen when he hesitates to follow commands from Tengen or Kyojuro, as he prefers to follow his own ideas.

Although he doesn’t spend a lot of time being philosophical, Inosuke focuses on the present moment and is quite practical. He goes with the flow of life but is creative and seeks out opportunities, showcasing a good representation of the ESTP personality type. 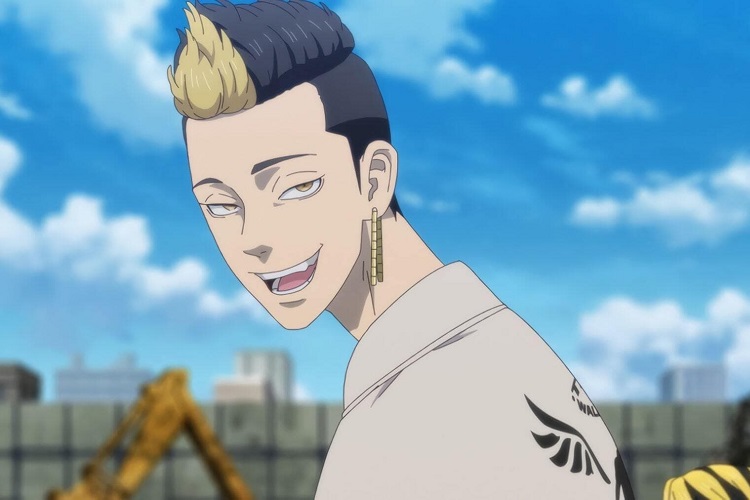 Shuji is a teenager and a member of the Kanto Manji Gang. He’s an adrenaline junkie who thrives on excitement. We can see this when he starts turning to street violence to avoid feelings of boredom, which shows how he’s unafraid to take dangerous risks. He also aligns with Tetta Kisaki because he wants excitement in his life, and accepts the fact that Tetta could exploit him. Although he can be harsh and cruel, Shuji forms a good friendship with Tetta.

He’s loyal to Tetta and mourns his death, visiting his grave, which was a promise he’d made to him. This shows his honor as he is true to his word, despite being violent. Such loyalty is an ESTP trait, as people with this personality tend to be extremely loyal to those closest to them.

What’s interesting about Shuji is that he has a lot of fighting skills and fights hard because he doesn’t give up, yet he also chooses to fight because he loves being in the spotlight and loves the adrenaline rush of it. 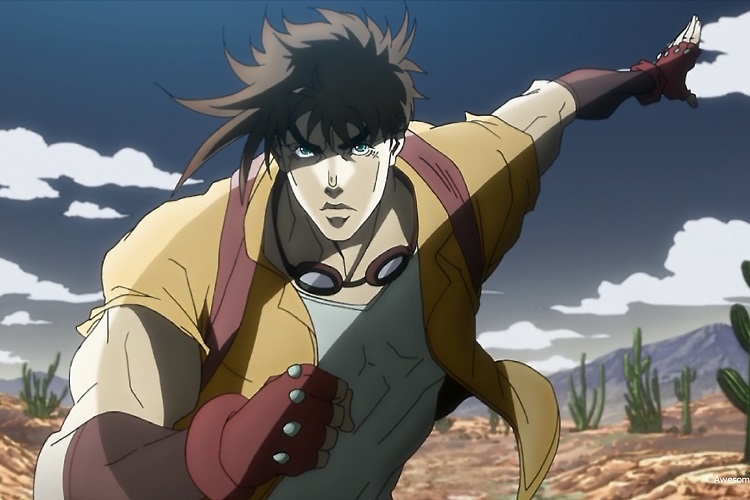 Joseph is a protagonist in JoJo’s Bizarre Adventure series. He’s spontaneous and a risk taker, a combination which proves problematic when he allows the smallest situation to fire him up, responding with violence. When he was growing up, he’d get into many fights and even served a stint in jail for fighting.

He creates crazy schemes that reveal his innovative side, but sometimes his opponents view them as silly. Joseph is playful and likes to have fun, and his creative plans do tend to work. For example, he’s been known to use bottle caps as high-speed projectiles during fights with soldiers and police officers. Similarly, he used yarn from a wool hat against his opponent, Esidisi, as a net underneath a spike-filled arena.

True to the ESTP personality, he takes opportunities that present themselves and thinks creatively.

Although Tsunade becomes cynical during the Naruto series, as a result of losing her loved ones, Dan and Nawaki, her faith in achieving her dreams is reinstated when she meets Naruto Uzumaki. He teaches her that goals don’t have to be impossible even if it seems that they are unattainable.

Tsunade blends her ambitions with her loyalty to others, and this is one of the ways in which she displays ESTP characteristics. For example, she protects Konoha and its villagers and also supports other people’s dreams, such as Rock Lee who dreams of becoming a ninja.

She likes to break the rules, creatively, by making fake hands so she can fool others into thinking that she’s working. In this way, she can come up with creative, sometimes playful, ideas. Tsunade is also focused on living in the moment, and she responds quickly when she finds herself in difficult situations. The flipside of this is that she can be quick to anger.

One of her skills is being a medical-nin as she can diagnose and treat ailments just by looking at people. This can be seen when Orochimaru believes that she can reverse the necrosis effects of the Dead Demon Consuming Seal.

While quite imaginative, her trait can be linked to the ESTP personality trait of being perceptive and knowing how to read others. 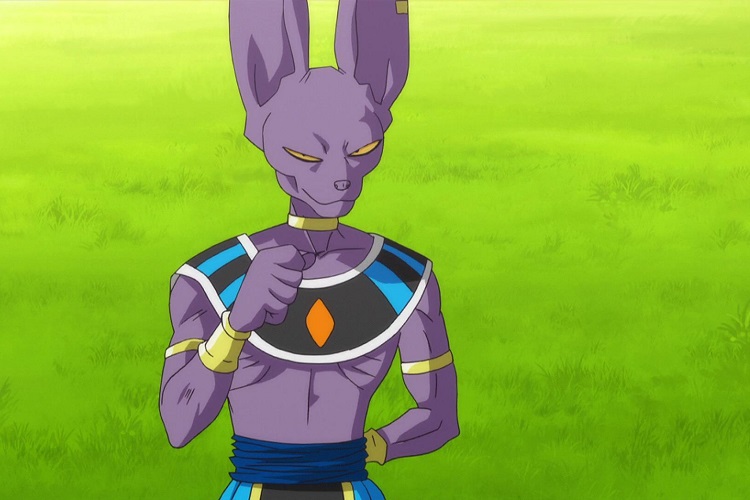 Beerus is a God of Destruction in the Dragon Ball Z series, who has the appearance of a purple cat. He sometimes behaves like a cat, such as when it comes to his love of long naps.

Although he sometimes has a short temper and comes across as selfish, what makes Beerus reveal his common ESTP personality traits is that he is intelligent and creative.

While he can sometimes be difficult to get along with, Beerus is capable of being polite, respectful, and social at certain times when he’s in a good mood. This can be seen when he uses polite terms when talking to others, such as “Kimi” (a polite way of saying ‘My Good Sir’ or ‘Madam’). 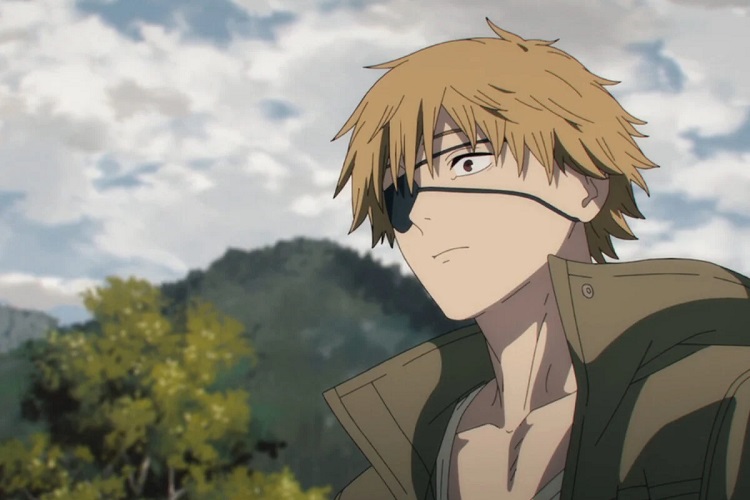 Denji displays the ESTP entrepreneurial ability in a unique way – he comes up with creative ways to defeat devils! This includes lighting himself on fire.

Although he’s sometimes brash and naive, he is very empathetic, enabling him to form a connection with his Public Safety colleagues. Another way in which we can see his empathetic nature is that he’s always ready to protect people who find themselves in dangerous situations. Over time, Denji starts to change, becoming more ambitious, and this can be seen in many different facets of his life, such as when he wants to eat more expensive food for breakfast or date more women.

Denji is always willing to learn new skills to improve his fighting ability. For example, he learns how to swim after meeting Reze and then uses this ability to defeat her during a fight.

ESTP personalities are usually innovative and creative, which is why they make for some interesting anime characters. In this guide, we’ve looked at seven of the most popular and renowned anime characters who display ESTP traits of achieving their goals and remaining memorable.