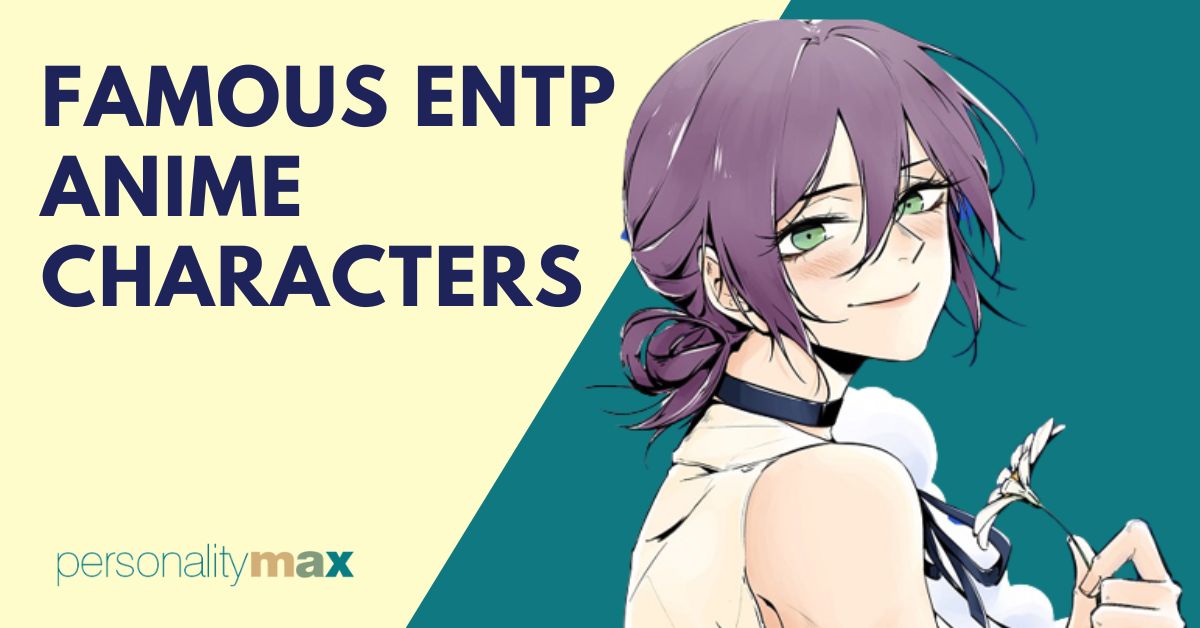 “The Visionary” is oftentimes the nickname given to the ENTP personality, which stands for Extroverted, Intuitive, Thinking, and Perceiving. This personality type is focused on being intelligent, innovative, and highly expressive. With a focus on imagination and ideas, famous people who seem to identify with some ENTP personality traits include Amy Poehler, Karl Lagerfeld, and Leonardo da Vinci.

There are also some exciting anime characters that display ENTP traits, such as Edward Elric from FullMetal Alchemist, Reze from Chainsaw Man, and Spike Spiegel from Cowboy Bebop.

In this article, I’ll explore the above and other popular ENTP anime characters, looking at how they behave, think, and relate to others in their series.

The ENTP personality type is focused on being creative, assertive, energetic, and intelligent. However, it can also include traits such as being easily bored or not wanting to live in a too-ordered or structured way.

With this in mind, let’s explore seven of the most popular ENTP anime characters. 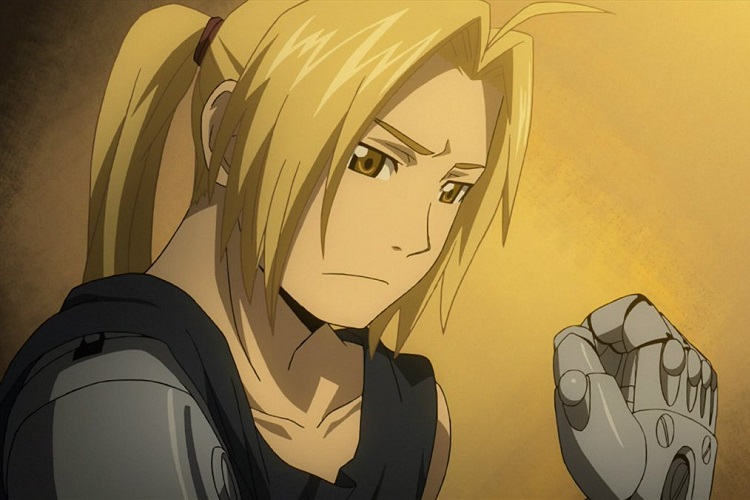 Edward is the main protagonist of the Fullmetal Alchemist anime series. Although he lost his arm and leg because of a failed Human Transmutation attempt, this didn’t hold him back from becoming the youngest State Alchemist ever. He achieved his certification at the young age of 12.

Edward doesn’t take well to figures of authority, at times rejecting them. He needs regular stimulation and can become bored easily, making him prone to feeling impatient regularly and becoming restless. All of this, though, motivates him to travel.

Many people with the ENTP personality display extroverted traits, and Edward is a great example. Since he has struggled with the loss of his arm and leg, he now strives to encourage people with healthy bodies to push themselves. He also tries to help the oppressed. One of the most powerful relationships in Edward’s life is his relationship with his younger brother, Al. He’s protective of Al to extreme levels. Edward sacrificed his own arm as material for a Soul Binding Transmutation after Al’s body was dragged into The Gate, which almost killed him. This reveals how loyal Edward can be.

Edward also shows his intelligence by asking a lot of questions, enabling people to express the truth to him. This part of the plot is quite interesting in this series, as it’s filled with many manipulative and deceptive characters.

Although Spike can be seen as having ISTP (Introverted, Sensing, Thinking, and Perceiving) traits, he also fits into the ENTP personality. He may seem lazier than others and seems indifferent about everything, but there are many more layers underneath that are worthy of exploration.

He’s interested in more than watching TV or sleeping. We sometimes see him practicing a martial arts practice known as Jeet Kune Do that isn’t just for fun for him as he’s highly skilled in it.

While you might not think he’s very social, considering he can be sarcastic, he is a lively person – even though his crewmates might not always appreciate it! Underneath the surface of his humor, Spike is quite intelligent and has a dark sense of humor.

Spike is caring and will go the extra mile to help others. He shows compassion to Rocco’s blind sister and visits her in the hospital, even being nice enough to bring her flowers. 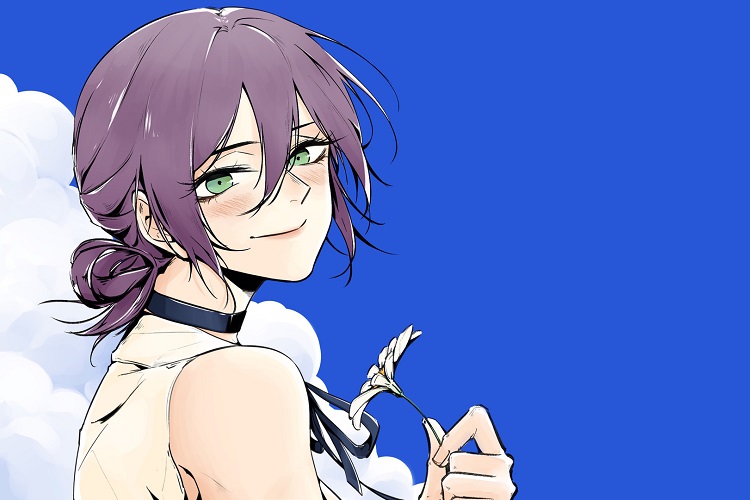 Reze, a Bomb Devil hybrid from the Soviet Union, was sent to Japan so that she could steal the Chainsaw Man’s heart. She’s the main antagonist in the series because, although she comes across as kind with a romantic crush on the Chainsaw Man (who also goes by the name Denji), this is merely a facade so that she can get closer to him.

Although she’s wearing a mask to the world, Reze displays ENTP personality traits by showing kindness to Denji even with a hidden agenda. Later on, Reze tries to make up with Denji, which shows that she can’t hide her real feelings for too long. Reze also displays some ENTP traits that some people who identify as ENTP struggle with, like hiding their emotions. Reze does this with Denji, but we can also see this surface when it comes to her fighting.

Although she doesn’t hesitate to do what has to be done, Reze actually doesn’t enjoy or want to do certain things yet pushes through. That said, she ignores her feelings to achieve her mission, a trait of the ENTP personality usually marked by determination. 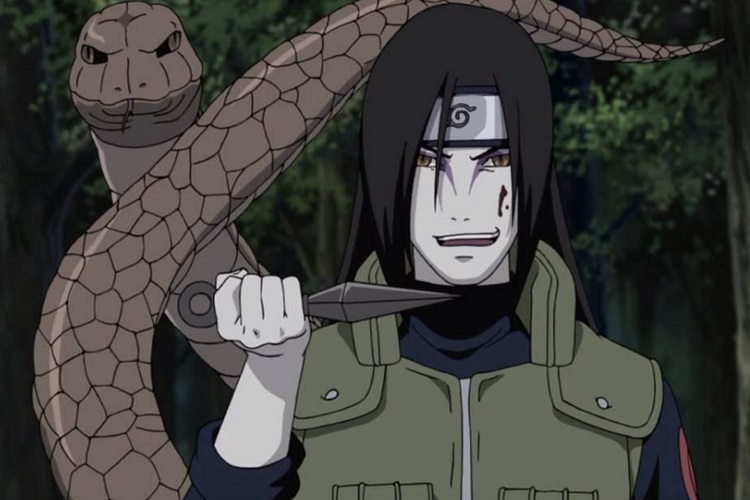 Orochimaru is on a mission to discover all the secrets in the world and therefore wants to become immortal so he can achieve this goal. As he easily becomes bored, Orochimaru enters into conflict and battle so that he can ease feelings of restlessness.

Although some people will describe him as cruel, Orochimaru is actually social and charismatic. He displays the extroverted quality of the ENTP character and people are drawn to his charm. He displays a genuine interest in how his underlings develop, which seems surprising after we see him sending his followers to their own doom, which is what he will do if it serves his mission.

Although Orochimaru can be arrogant, and this proves to be his downfall, he has tried to change his personality over time, such as by helping Konoha in their research. This has made viewers see him as more complex than just pigeonholing him as being evil.

He is confident and likes being playful, helping him to not see opponents as being impossible obstacles. He displays some humorous antics and outlandish behavior that’s quite entertaining to watch. This is in line with the ENTP personality type where one expresses dark humor.

Although Askeladd is a mysterious Viking, he’s what we’d refer to as a toxic man in the real world because he displays a blend of charisma and cunning behavior. What makes him powerful is that he is excellent at strategizing and adapting to various situations.

He’s skilled at changing plans when he receives new information, which makes him flexible and adaptable to different situations. ENTP personalities are generally adaptable and flexible, which makes them excellent in high-transition situations when they have to think on their feet. Askeladd can also size up people simply by looking at them. He has a strong intuition that enables him to better understand people. Although he has a dominant personality, he communicates well with others making him an excellent leader.

A feature of ENTP personalities is that they’re usually good problem-solvers while making great leaders because they work well with others, so Askeladd fits the bill even though he can also be malicious. He is motivated by riches and won’t hesitate to be cunning if he can reach his goal, even if what’s required of him is to break his Warrior’s Oath.

Konata leads the Lucky Star crew, and although she can be sarcastic and a bit of a troublemaker, she is essentially a friendly girl. While she doesn’t have a lot of drive or determination to achieve her goals, we do see that she’s not afraid of hard work, such as when she burns the midnight oil to study for her tests.

She’s also fun to be around. She’s always teasing and pranking her friends. This sense of humor is typical of the ENTP personality. While it can sometimes make people appear childish, it also makes it fun to be around them because they bring life to every situation.

Konata has many different interests, such as anime, video games, and athletics. It’s quite common for some people with ENTP personality traits to be interested in many different things, though, this is sometimes easy to forget in Konata’s case because she’s always sitting in front of a screen. She is so obsessed with playing games that this creates a shadow over her other interests by taking all her attention and energy. 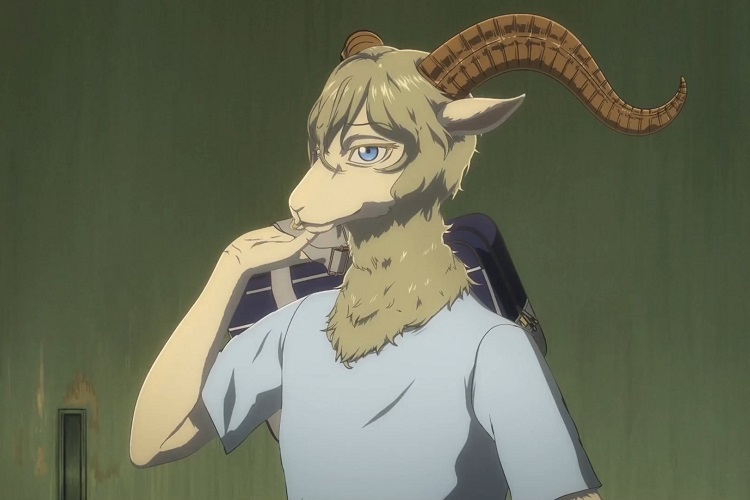 Pina is a white Dall sheep who attends Cherryton High School and is part of the drama club. Although he comes across as a bit cocky and likes to irritate carnivores, Pina has a natural charm. This is appealing to many people.

Pina takes a lot of risks and lives dangerously, such as by engaging in trickery and becoming involved in the affairs of others. However, what’s interesting about Pina is that although he can be crafty, he observes his environment and other people, which has an influence on his decisions.

Another interesting trait of the ENTP personality is the overlooking of boring details that are present in daily life, and this is especially the case when one is involved in a certain plan or trying to achieve a future goal.

Anime characters with ENTP personalities tend to be creative and chase down big ideas. They’re also charismatic, which is why they make such fascinating characters to watch.