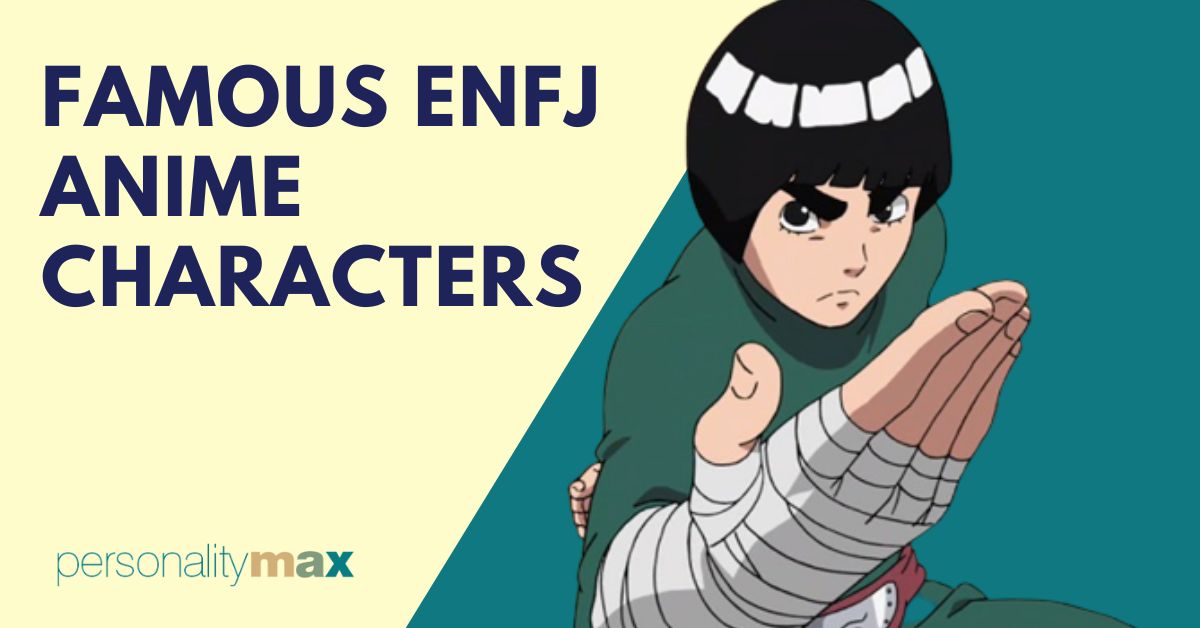 Are you drawn to characters that are generous and have excellent social skills? If this is the case, you probably find the ENFJ (Extroverted, Intuitive, Feeling, Judging) personality magnetic.

What’s interesting about this personality type is that it’s marked by excellent social skills and generosity. Some popular celebrities display these traits, including Oprah Winfrey and Martin Luther King.

Popular fictional characters that can be defined as ENFJ include Amy March from Little Women and Carrie Bradshaw from Sex and the City. ENFJ personalities also feature in anime, with some characters showcasing their traits.

In this article, I’ll explore seven of the most popular anime characters that display ENFJ qualities and how this impacts their lives.

The ENFJ personality is sometimes referred to as “The Guide.” Here are seven popular anime characters that identify with it.

Tanjiro is a demon slayer in the Demon Slayer Corps. He joined the Corps for altruistic reasons—he wanted to try to transform his sister Nezuko back into a human.

He always chases his goal of killing demons and wants to defeat the King of Demons so that others won’t experience the same fate he did. Based on this, it’s clear that he’s not choosing this goal for his own reasons but for the world’s benefit.

Tanjiro is a kind person who has gentle eyes and protects his friends as well as his younger sister. He is so empathetic to others, he even empathizes with demons. We can see this when he hesitates to kill them.

One of Tanjiro’s skills is that he has a strong spirit, this enables him to fight demons and kill them, even if they’re stronger than him. This is because he has such a strong will to protect his sister. Losing his family also contributed to him being so mentally strong.

It’s interesting to debate Tanjiro’s self-sacrificing nature. Is it a strength or a weakness? This could be something that people with ENFJ personality traits might wonder about because self-sacrifice can cause one to neglect their own needs.

2. All Might—Boku No Hero Academia

All Might, otherwise known as Toshinori Yagi, is a teacher at U.A. High School who never stops smiling. While this might be an annoying trait to some people around him, he learned this trait from his mentor, Nana Shimura, who taught him that smiling is what the strongest people do.

All Might is reserved and solemn in his true form, and he avoids attention. In this realistic state, he still remains an optimistic person. But, he has a dream of being a symbol of hope for people. This is the motivation behind his goal to become a hero and legend in the series.

True to his ENFJ nature, he works hard to help people and this is why sometimes, his other important tasks fall by the wayside. He is highly self-sacrificing, for example, he sacrifices his time for others and doesn’t hesitate to fight for them. 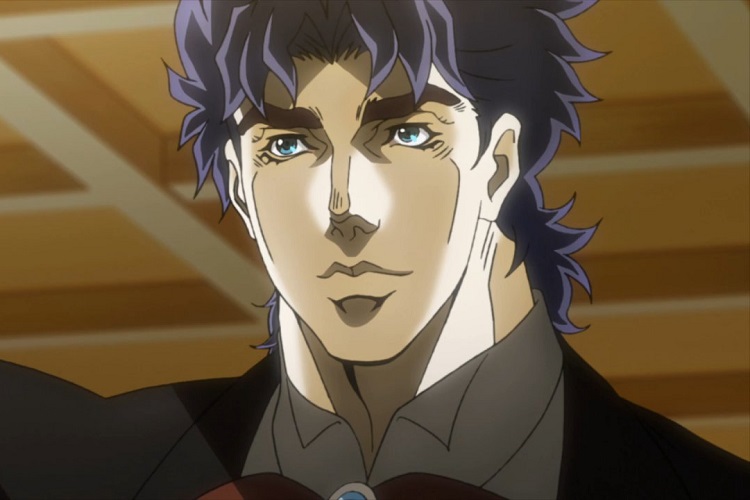 Jonathan is the son of a wealthy couple and encounters tragedy after meeting his adopted older brother, who winds up being the antagonist of the series.

He thrives on affection and when combined with his strength, this enables him to overcome difficult situations. His battles are centered on helping others and nothing will stand in the way of him achieving this goal, which indicates common ENFJ traits.

For example, when he strives to find a cure for his father’s illness, he gets attacked by a gang but quickly grabs one of their knives to defend himself.

Although he can be quick-thinking, he always thinks ahead about the consequences of his actions, so he is careful about how he will affect others, even if those people are his potential enemies. He’s sympathetic and gentle, which is why, for example, he feels pain when killing a zombie.

Being able to see things from another’s perspective, and being in tune with their feelings, is common with ENFJ personalities, and Jonathan really displays this.

That said, he does feel justified in experiencing fury when he’s confronted by evil. For example, he fights Dio to avenge his loved ones and admits that he didn’t do this to save the world.

Rock is a teenager who doesn’t have the skills to use genjutsu or ninjutsu but strives to overcome this by being trained by Might Guy. Although he’s on a mission, Rock is respectful of others and can be described as a nice guy. He doesn’t use curse words and always remains respectful to those around him.

He even remains respectful to his opponents. We can see this when he doesn’t hold onto grudges, even if his opponents hurt and defeat him.

Other examples of this include how he becomes friends with Gaara and even forgives him for injuring him so severely that it almost ends his career as a shinobi. He also becomes angry when someone is cruel to their enemies, as respect is so important to him.

Ultimately, Rock is passionate, which is a common trait that is found in many ENFJ personalities.

He’s constantly trying to improve himself throughout the series. He focuses on hard work and his passion. This can be seen in his rivalry with Neji, who thinks that Rock can’t improve himself and will remain a failure. Rock works hard to achieve his goals, even though he doesn’t have natural talents, which is what makes us root for him. 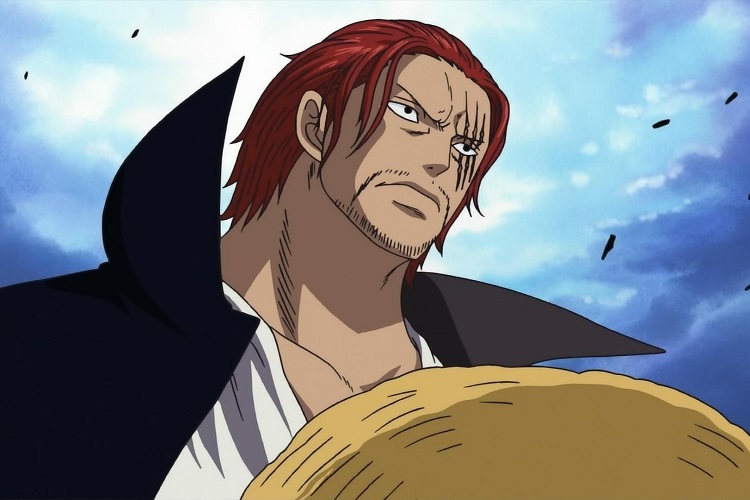 Shanks is the chief of the Red Hair Pirates, as well as one of the Four Emperors ruling the New World. He puts other people’s needs ahead of his own, and we can see this when he sacrifices his arm to save his friend, Monkey D. Luffy.

Shanks likes to avoid chaos and doesn’t want to kill anyone unnecessarily. His main goal is to fight to protect his friends.

Not just altruistic, Shanks is charismatic and this is what makes others feel drawn to him. We can see evidence of his charisma when he persuades Dracule Mihawk to party with him and have fun. Being playful and having a laugh are common interests of the ENFJ personality.

Shanks has a fun-loving personality, which can be seen when he and his crew go partying and drinking together. He also throws parties regularly, such as to celebrate Luffy’s first bounty.

Another ENFJ trait that Shanks reveals is that he has a lot of energy, even though he might appear to be carefree and laidback. This energy is a common ENFJ trait, along with being determined. 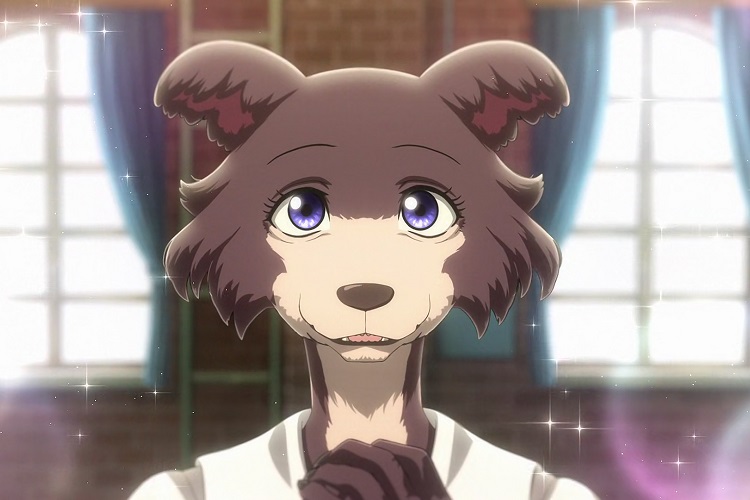 Juno is a she-wolf with dreams of becoming the next Beaster and is part of the drama club. She has natural charm, which appeals to lots of people, along with a social, friendly personality.

She cares for animals and strives to create a happier, more peaceful world for carnivores so that they can be praised for their strength instead of feared.

However, the flip side to all of this is that her ambition to become the next Beaster sometimes leads her to be manipulative, and she can also behave in jealous ways. One of the potential weaknesses of the ENFJ personality is that strength can sometimes become manipulative, although not always, and Juno provides an example of this.

When she had a crush on Legoshi, she tried hard to interact with him, only to find that he treated her platonically. But, after she moved on from her jealousy, she was able to become friends with him.

Takagi is a sweet high school student who crushes on a boy in her class called Nishikata. Even though she regularly teases Nishikata, she secretly has feelings for him.

She’s always ready to show the world that she has a caring nature, such as when she feels bad when Nishikita gets hurt by trying to save her from falling. Takagi is a smart girl, not just when it comes to achieving high grades at school but also when it comes to being perceptive. For example, she can read Nishikita’s mind by simply focusing on his non-verbal body language.

This is an interesting ENFJ trait—ENFJs commonly communicate well and are perceptive. Sometimes, they might also be inclined to make snap judgments, which can come off as a bit inflexible, even when they’re misunderstood.

The ENFJ personality contains traits such as people-pleasing, social skills, and loyalty, which, as we’ve seen in this article, some anime characters can take to the extreme. However, what many of them have in common is that they’re eager to please others because of their kindness.