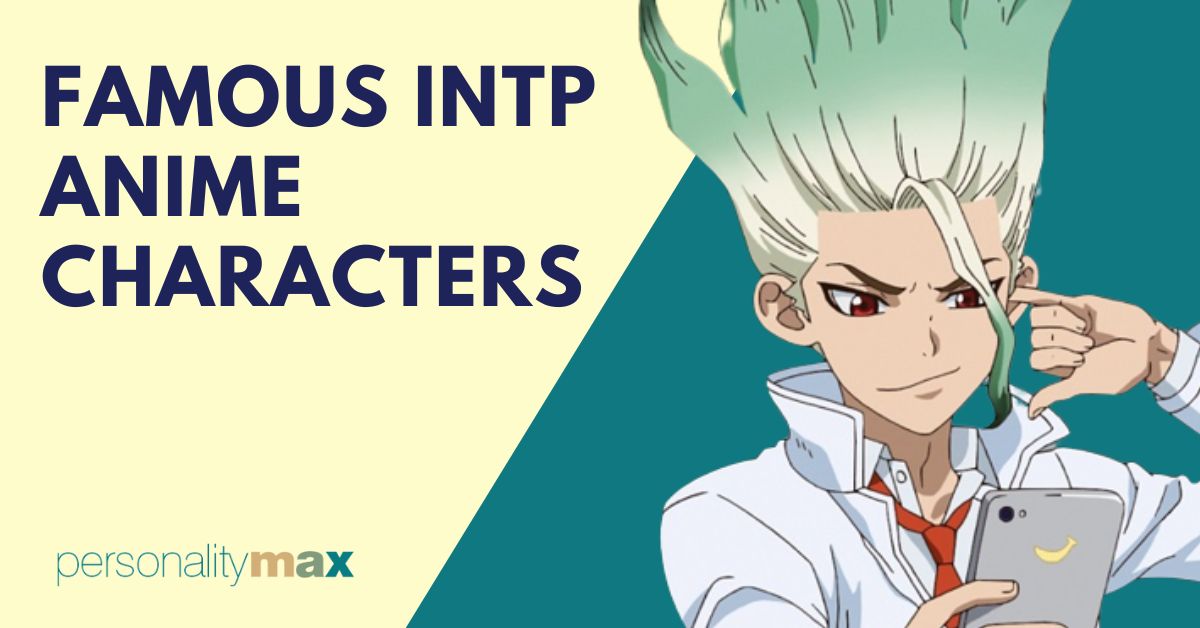 If you prefer small social gatherings or time alone to big groups and would describe yourself as a candid speaker and an analytical thinker, you might identify with the INTP (Introverted, Intuitive, Thinking, Prospecting) personality type. INTPs take an intellectual approach to life rather than an emotional one, and they’re great problem solvers. They’re fiercely independent and take life at their own pace, and while they’re not much for crowds, they are extremely loyal to their loved ones.

When learning about the INTP personality type, examining popular INTP fictional characters can help you grasp the nuances of the type. For example, anime characters that can be identified as INTP include L from Death Note, Kakashi Hatake from Naruto, and Killua Zoldyck from Hunter x Hunter.

In this article, I’ll explore the above and other INTP anime characters, looking at the ways in which they express INTP traits and how those traits affect their goals and relationships.

The INTP personality type is also referred to as “The Logician.” This is because INTPs process the world and information they come across through logic rather than emotion. Some notable figures who are said to display INTP traits include H.G. Wells, David Byrne, and Marie Curie. Fictional characters with INTP tendencies include Neo from The Matrix and Amy Farrah Fowler from The Big Bang Theory.

With this in mind, let’s explore some of the most popular INTP anime characters. 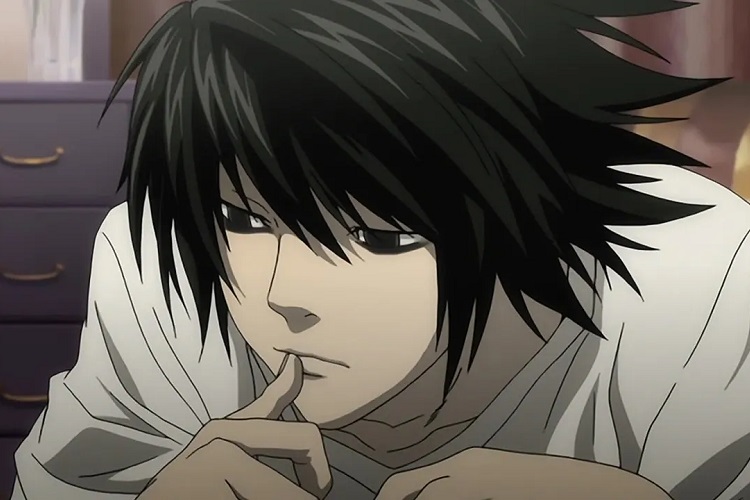 In the Death Note series, L is a detective who has been tasked with catching Kira, a mass murderer who is killing people at a distance by mysterious means.

Though much of L’s secretiveness is related to his need to protect himself from the killer, his behavior nonetheless seems to suggest general introversion. While a brilliant detective, he is socially awkward and a very candid speaker. He is not formal with his team, caring only about the work. He’s meticulous and able to make incredible intuitive leaps while working the case, both classic INTP traits. He also has a tendency to get so absorbed in the case he barely notices the world around him, which is also very common with this personality type.

L’s INTP traits both aid and hinder him in his investigation. His intuition helps him realize, for example, that Kira requires a person’s name to kill. However, he also bluntly tells his main suspect that he (correctly) believes him to be Kira, a move that puts him on the killer’s radar. 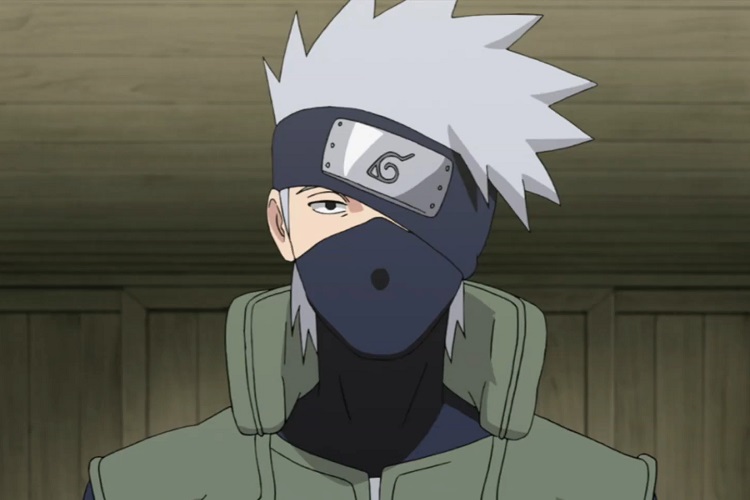 In Naruto, Kakashi is a talented ninja of the Hatake clan. Though readers first meet him as an adult, we learn that he’s displayed classic INTP traits since he was a child, including a strong sense of independence and confidence. He is prone to speaking his mind, a typical INTP trait that often gets him into trouble. He’s also quite a solitary person, spending most of his time alone and as a child, sometimes even ignoring his classmates.

As an adult, Kakashi has a laid-back, informal, and sometimes even quite inappropriate approach to life. Though he is serious and thoughtful when the situation truly calls for it, he has little interest in rules or formalities. Many INTPs find tradition and social norms to be quite arbitrary, preferring to follow their own inclinations. Kakashi is no different, and his behavior is often considered quite shocking in the context of the highly structured and formal ninja society he is from. Despite this, his natural skill as a tactician (another expression of the analytical INTP mind) and his devotion to his work has helped him rise through the ranks. 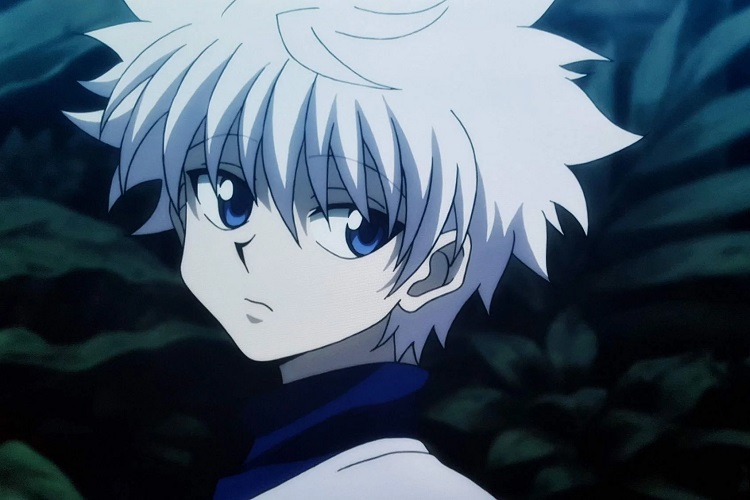 After running away from his position as the heir of the Zoldyck family, Killua becomes a Rookie Hunter, a type of licensed adventurer. Despite being quite young, Killua’s highly analytical mind allows him to skillfully read situations at a level well beyond his years, a talent that is highly useful in his career.

Though Killua is extremely loyal to his friends, he does not do well with open displays of affection. As INTPs approach everything with logic, they are often very uncomfortable with emotions. This does not mean they do not have feelings, however, and though Killua is not always skilled at showing it, he is willing to do anything for a friend, even risk his own life for them.

As the main protagonist of Dr. Stone, Senku is the Village Chief of Ishigami Village. He is viewed with high praise and is renowned by his peers. He’s direct, confident, and logical, which might make him seem aloof or arrogant. However, he’s a people person and can be described as an extrovert.

What’s interesting about his personality is that he doesn’t let his confident nature overshadow his judgment or reason. It’s thought that this is because he is learned and has a strong foundation of scientific knowledge.

Unlike some other anime characters who don’t work well with others, Senku displays a common INTP strength, which is that of being caring and charismatic. He always motivates others to achieve, instead of bringing them down or making them feel bad if they don’t have the same level of knowledge as he does.

When it comes to expressing his emotions, Senku is confident about doing this. For example, when he becomes excited, he exaggerates the feeling. So, although he might appear to be aloof, he is actually capable of communicating with others.

Tomura Shigaraki is a primary antagonist in Boku no Hero Academia. As the leader of the League of Villains, Tomura is an interesting example of how the talent, independence, and analytic mind of the INTP personality can manifest in negative ways

Though his emotions are extremely turbulent, in combat Tomura has a deeply analytical mind and can make deductions very quickly, figuring out his opponent’s powers from seeing them used only once. He’s also able to quickly form unexpected plans that throw his enemies off. INTPs are unique, unpredictable thinkers whose logic, while sound, can be hard to follow. This makes Tomura a devastating and quite dangerous opponent for the heroes.

Like many INTP introverts, Tomura limits his personal affection and respect to only a few select individuals. While many INTPs are simply not interested in people outside of their select few, however, Tomura is actively hostile towards them, seeking to completely destroy society. While this is certainly outside of the normal bounds of what the personality types describe, it is still possible to read the INTP’s dislike for authority, control, and tradition into Tomura’s motivations.

Gintoki has a lot going for him. He’s the president of the Yorozuya, a jack-of-all-trades shop, and a skilled samurai with excellent swords skills. Despite this, Gintoki is actually quite lazy. Though laziness is not an INTP trait, a dislike for doing things on anyone else’s schedule and following societal rules certainly is.

As a character, Gintoki is an excellent example of a very specific trait of INTP individuals: their sense of humor. INTP humor is all about pushing boundaries. They lean heavily towards sarcasm, dry delivery, and dark subject matter. Gintoki’s particular brand of humor and charisma certainly fits the bill, and while it sometimes gets him in trouble, it also helps him charm and win over friends throughout the series. He is also vulnerable when expressing emotions, which is another classic INTP trait.

The Angel Devil sometimes referred to simply as “Angel” is a devil who works as a Public Safety Devil Hunter. Like others on this list, he has an aversion to authority, disliking being told what to do or ordered around, and will often look for ways out of doing work, only acquiescing to doing so when he is forced. Though he’s not a strong fighter, he does have his own strengths and does showcase the analytical thinking that INTPs are known for. This can be seen when he convinces the protagonist, Denji, to prevent his girlfriend from killing more people, a feat he accomplishes by calmly laying out Denji’s choices.

Angel is also a good example of some of the potential drawbacks of INTP traits: not only can he be quite insensitive, but he is also prone to feelings of self-doubt. He dislikes using his abilities, which drain life from human beings to make him stronger, even at times when the use of his powers may be necessary.

INTPs can sometimes get overwhelmed by the variables when making a decision, not wanting to commit to the wrong one. In the case of the Angel Devil, the high stakes at play when he uses his powers make his self-doubt all the more understandable.

INTPs are intelligent, analytical types who speak their minds and take a laid-back approach to their life and society’s rules. In this article, we’ve looked at how INTP traits, both the strengths and the weaknesses, manifest in seven popular anime characters.