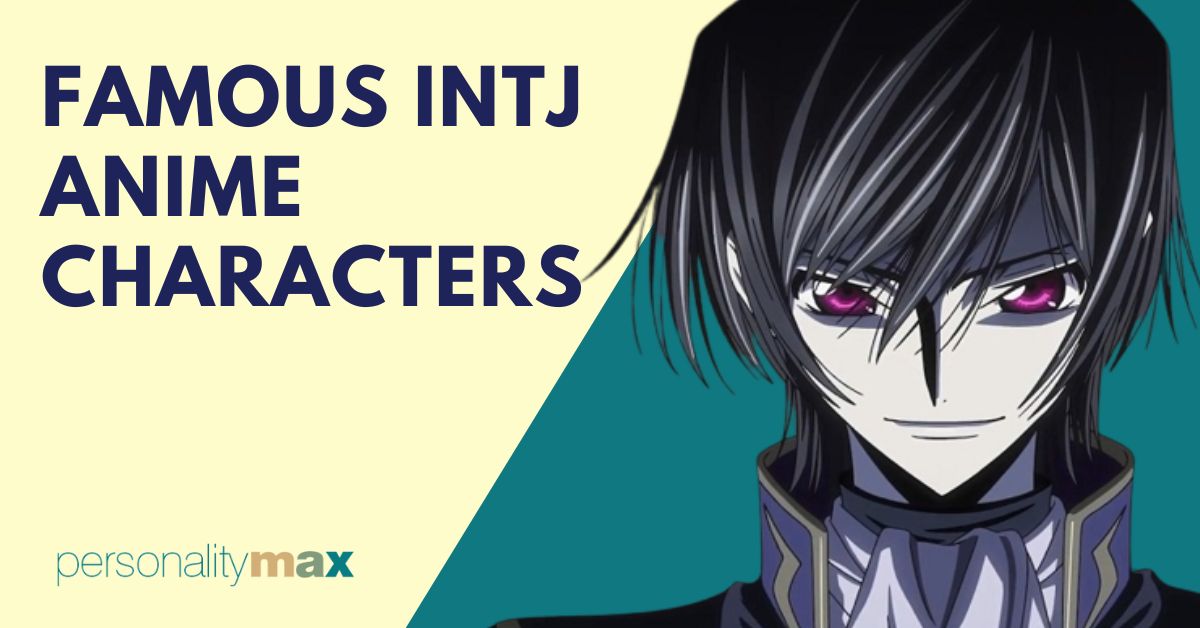 Commonly known as “The Strategist,” the INTJ (Introverted, Intuitive, Thinking, Judging) personality usually displays creativity, logic, and analytical skills. Generally, people displaying this personality work hard, focus on the big picture of situations, and prefer to make plans instead of being spontaneous.

The INTJ personality is associated with many strengths, such as confidence, ambition, perseverance, and enjoying abstract ideas. Some INTJ personalities might also be perfectionists, which can be seen as a strength or potential drawback.

Based on this information, what anime characters display INTJ traits? Here’s a rundown of seven of them, looking at their behavior, goals, and relationships.

One of the most interesting traits about the INTJ personality is that it strikes a blend between being creative and being hardworking, which is why so many famous and renowned people (both fictional and real) are thought to be INTJ, such as Mark Zuckerberg, Martina Navratilova, and Sherlock Holmes.

With this in mind, let’s explore some of the most popular INTJ characters in anime. 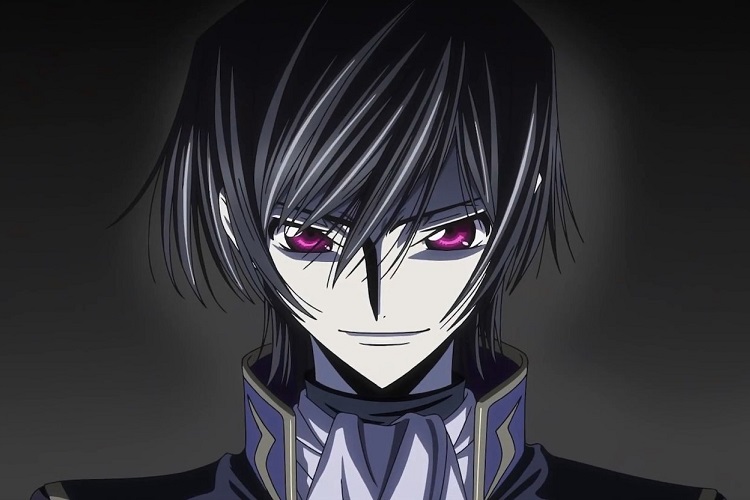 As the protagonist of the Code Geass series, Lelouch is a planner which works for him well. When he doesn’t plan ahead for situations and events, he experiences failure. This is seen when he, without planning to, uses his “Geass” power, a supernatural ability, only to discover that he can’t control it effectively.

Known for his ability to think strategically, Lelouch is a big thinker. We can see this when he learns about the strengths and weaknesses of his opponents.

Despite the above, people with the INTJ personality are sometimes seen as making quick decisions without much information at their disposal. Lelouch displays this at times, such as when he plays against Schneizel in a game of chess. When his opponent makes a move that would make Lelouch win, Lelouch makes a split-second decision to keep his king safe as his quick thinking helped him see his piece was in jeopardy.

Lelouch knows how to use situations that could’ve been massive failures to his advantage so that he ends up victorious. For example, when he “Geasses” his sister so that she commits a massacre, he starts a successful rebellion by knowing the structure of the city and destroying the Tokyo settlement, which shocks the Britannian forces.

Makima is a Public Safety Devil Hunter who has a human pet called Denji. Makima has the ability to control any being that she thinks is inferior to her.

Because of her devilish supernatural abilities, she seems to be nice and kind on the surface, although this is a mask she wears. She’s highly manipulative and treats people as objects that she can use to achieve her goals. She’s a strong person, but again her devilish abilities add to her cunning behaviors.

Makima is analytical and devious, such as when she enters into a contract with the Prime Minister of Japan enabling her to transfer any fatal damage afflicted to her onto a random citizen of Japan.

Aside from her manipulation, Makima displays INTJ traits that can become a hinderous, in that she doesn’t deal with her feelings well. This behavior doesn’t affect everyone with an INTJ personality since everyone is different. She’s stubborn and can be difficult with people. For example, she sometimes has the tendency to dismiss anyone who doesn’t agree with her.

The INTJ personality is sometimes written off as inflexible, however, this is often a misconception. People with this personality type usually spend time researching their ideas before rushing into decisions, which is why they can be viewed as stubborn or difficult to get along with.

Although Dio can be viewed as having an ENTJ personality, he also displays traits that are commonly seen in the INTJ character type. He has a limitless desire for power and money, and strives to achieve his goals. He avoids dealing with his emotions, such as heavy emotions stemming from the experience of being abused by his father.

Dio has a lot of self-confidence, which is a common INTJ trait. Although this can be a positive trait that encourages one to succeed in life, he takes his feelings to an extreme level as he believes no one can challenge him or achieve his level of power. He also becomes enraged at this thought, which shows a tendency towards arrogance.

Dio is highly intelligent, seen when he tricks Jonathan Joestar, whose plans he always manages to thwart. Another intelligence-related INTJ trait that Dio displays is that he thinks about complex topics. He’s a genius who has read hundreds of books and can outsmart a variety of fighters during combat.

Dio isn’t an introvert. Although he spends time planning ahead of situations and has a lot of intelligence, he isn’t afraid to get what he wants from people. This can be seen by how he tries to persuade people to do tasks for him, and if they refuse he will drag them into battle. However, he’s not strictly an extrovert, either, taking the definition of an extrovert: “a friendly person who likes being with and talking to other people: an outgoing person.”

Dio isn’t the friendliest and he doesn’t really enjoy being with others, although he isn’t afraid to lead them. 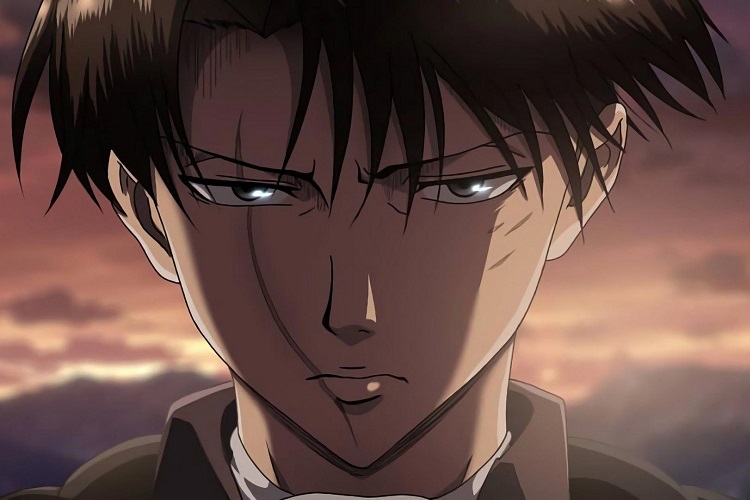 Levi is a captain of the Special Operations Squad and is known as humanity’s strongest soldier. Although at first glance he seems to be quite harsh and insulting, he battles to express his emotions. He isn’t always approachable and this makes him seem aloof and cold to others.

However, he has a lot of empathy, even if that doesn’t initially come across to other people. For example, when he found out that all Titans were possibly humans themselves, Levi’s realization that he hurt others was highly upsetting to him.

True to his INTJ personality, Levi is self-sufficient and highly independent. He doesn’t usually cooperate with his fellow soldiers in battles as he prefers to work alone. He reacts quickly to difficult situations, yet sometimes he can’t contain his temper and behaves in a crazy fashion to get what he wants. Not just bestowed with physical strength, Levi boasts intelligence because he has the skill of analyzing situations very quickly, helping to save himself and his comrades during battles.

For example, when he fights Kenny in a bar, he uses whatever items he can see around him, such as chairs and corpses, to fight and survive. He’s quick-thinking and thinks out of the box to survive. 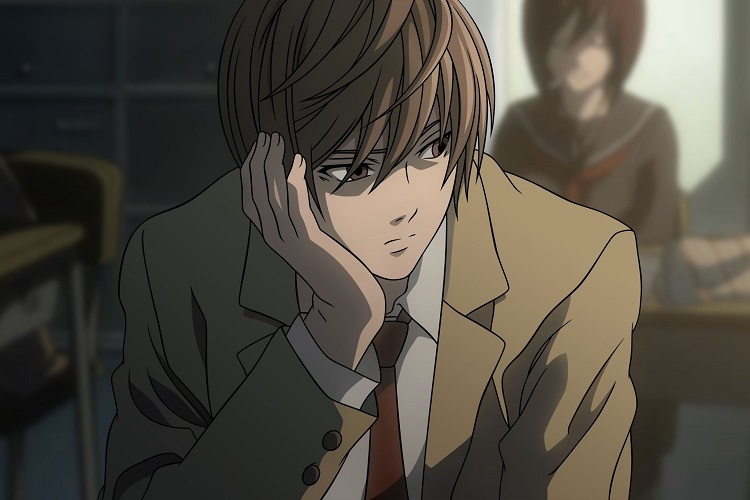 Light is the protagonist of Death Note. He strives to eliminate criminals and wants to create a new world that is free of evil. Interestingly, he sees his murderous actions as a way to make the world better, almost as though he’s a martyr. This calls to mind an INTJ meme: “Be polite, be courteous, show professionalism, and have a plan to kill everyone in the room.”

He is a classic INTJ anime character for various reasons. He’s hardworking, highly talented, and he is a great problem solver. He takes his time to plan ahead for scenarios he will confront. However, he won’t stop at anything to strive for ambitions, even being perceived as ruthless in the process.

Some people with INTJ traits are loyal to a few people in their lives, even if some people might view them as being a bit aloof. This can be seen in Light’s character, such as when his sister is kidnapped and he feels worried. Light protects her from harm, even though this increases his opponent’s chance of getting the upper hand on him.

One of the fatal flaws that Light experiences is that he’s obsessive about his goal. This gives him tunnel vision and causes him to go to some extremes because he doesn’t want to be swayed from his ambitions.

Another flaw is that Light’s confidence overflows into arrogance, even though he’s intelligent and an excellent planner. 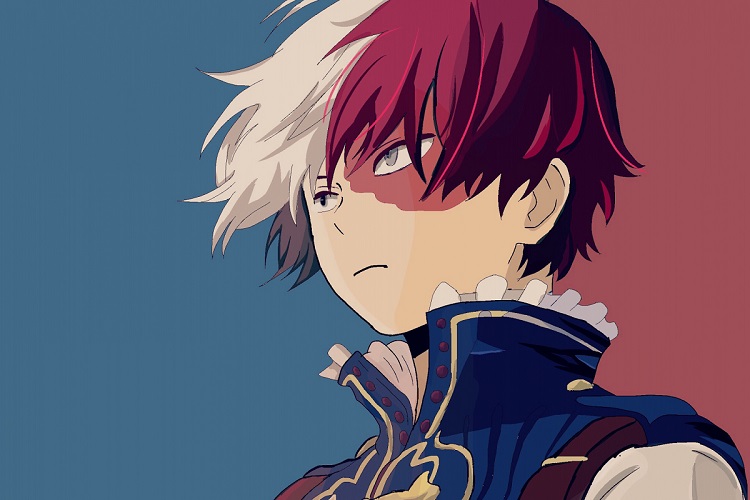 Shoto is a student who’s studying to become a Pro Hero. Unlike some other INTJ anime characters, he is clearly introverted. Shoto prefers staying by himself instead of socializing with others.

However, this icy side of his personality helps him to be an excellent fighter. He is calm and calculating, which makes him powerful in combat.

He’s highly intelligent, but more importantly, he has the desire to continue to learn. For example, he wants to improve his quirk (“Half-Cold Half-Hot,” that enables him to freeze things with the right side of his body and throw flames at them from the left side). He works hard to achieve this, making his quirk even more powerful.

The development of his character also shows how he manages to deal with his emotions and overcome the damaging relationship with his father. He has a lot of emotional strength to help him overcome his baggage, which is quite admirable. 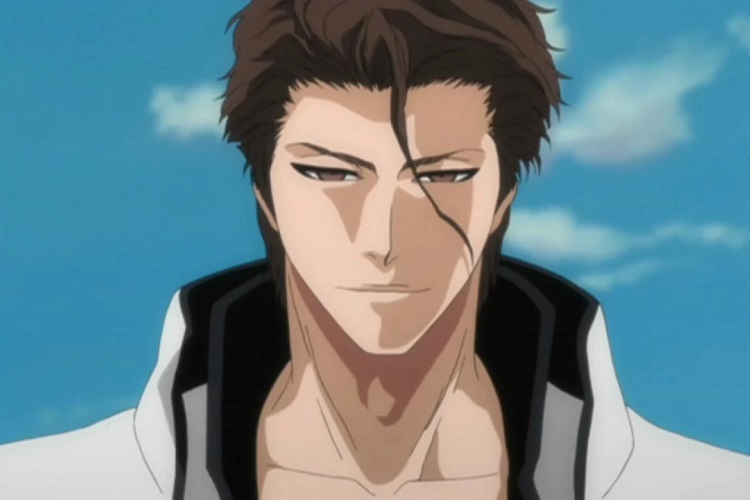 Former captain of the Fifth Edition in Gotei 13, Sōsuke is an intelligent person who has an aloof demeanor that serves him well – he doesn’t show signs of fear or distress. This, when combined with his ability to plan and organize events ahead of time, make him a strong contender against his enemies.

In fact, he’s a highly-skilled mastermind, which reveals some common INTJ traits (and, this personality trait is sometimes called “The Mastermind”). He has a deep understanding of his enemies’ strengths and weaknesses, and he spends time planning the most effective strategies to taste victory. It also helps that one of his skills is called “Shatter,” which hypnotizes his opponents so that he gains control of their senses, tricking them via illusions.

He’s cautious and meticulous about his decisions, ensuring that he is aware of situations before he takes charge of them. He likes to read and excels in calligraphy, a subject on which he’s lectured a class at Shin’ō Academy. True to the general INTJ personality type, he’s philosophical and proud to be.

Although he tries to make people think he’s kind and caring, Sōsuke is actually highly manipulative and lacks empathy. He resorts to manipulating people if they stand in the way of achieving his goals. This often feels at odds with how soft-spoken and polite he is when dealing with others.

Here are some more anime characters who give out the strong and mysterious energy of the INTJ personality type:

There are many popular anime characters with INTJ personalities, such as Sōsuke Aizen and Dio Brando. Some of them also display the potential weaknesses of having such powerful traits, such as when confidence becomes arrogance or when their ambitious nature results in tunnel vision that blocks out their compassion.