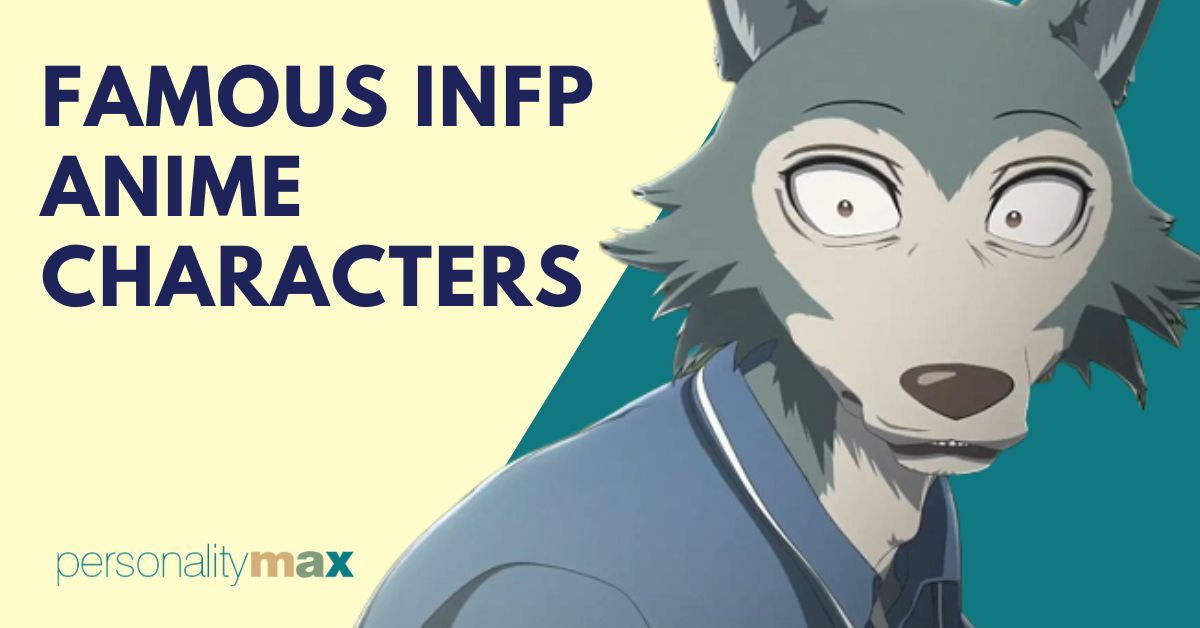 If you have strong beliefs, are meditative, and are quite imaginative, you might identify with the INFP (Introverted, Intuitive, Feeling, Perceiving) personality, especially if you also feel like you lead from your heart instead of your head.

Or, perhaps you know people who display INFP traits. Perhaps they remind you of INFP celebrities, such as Nicole Kidman, Edward Norton, Sofia Coppola, and Alanis Morissette, or INFP fictional characters such as Jon Snow from Game of Thrones or Pochahontas.

If you love anime, you might have noticed some popular and fascinating characters with INFP personalities.

If you’re curious about INFP and want to learn more about some common traits of this personality, you can see them and how they play out in the anime world by reading this list of the most popular and noteworthy INFP anime characters. Let’s jump right in!

Shigeo is a student at Salt Middle School and also the Vice President of the Body Improvement Club. When he feels strong negative emotions, this causes him to hurt others, which is why he tries hard to keep his emotions on a short leash.

He is generally a good person who avoids holding grudges, even when people hurt him. An example of this can be seen when Teruki attacks him, but later, the two become good friends. He also takes his consideration for others to extreme levels. We can see this when Suzuki is going to self-destruct and Shigeo stays with him until his final moments because he doesn’t want to leave him to die alone.

Shigeo can be described as an introverted person because he’s socially awkward and doesn’t always read others very well, which has caused him to not have a large number of friends. He used to have low self-esteem, which caused him to avoid expressing his thoughts. But, he develops throughout the series and starts to gain the confidence to express himself more.

That said, he’s sensitive and caring toward others, which is a common trait in INFP personalities. He won’t use psychic powers against his villains unless it is necessary, he prefers to try to reason with people instead of fighting them.

Shinji is the pilot of the Evangelion Unit-01 who, at first, seems to be quite calm and laid-back. He doesn’t actually want to be a pilot but decides to do it so that he can let go of his painful past.

He displays the introversion characteristics that are common with INFP personalities, but he can seem quite negative. For example, he doesn’t have meaningful bonds with other people. When attending parties and social gatherings, he is uncomfortable and battles to keep his emotions in check.

A sign of his introversion is the pair of headphones he wears. These help him to tune out the world, which he chooses to do because of his emotional state. He fears emotional pain as a result of being abandoned by his father when he was a child.

Sometimes people have to motivate (or force!) Shinji to make him do things he doesn’t believe in, which highlights some interesting INFP traits—some people who identify as INFP can be stubborn and hold onto their ideas or beliefs, they might be seen as inflexible at times by those around them.

Mitsuri is a demon slayer who is both passionate and emotional. Although she can be quite shy, she’s always caring toward others. When it comes to fighting demons, however, she is fierce and doesn’t show any mercy for them.

She can be a bit intense, for example, when she is highly supportive of those she loves and she strives to make the world a better place by killing demons. It’s this big goal that keeps her on track to achieving her dream, which is typical of the INFP personality as their focus is on dreaming big and finding creative, innovative paths in life.

The drawback of this? It can lead to an obsessive way of thinking. Sometimes, a person with an INFP personality can find it extremely difficult to let go of the connection that they have to their idea.

However, Mitsuri has a positive outlook as she always tries to search for the bright side in challenging situations. 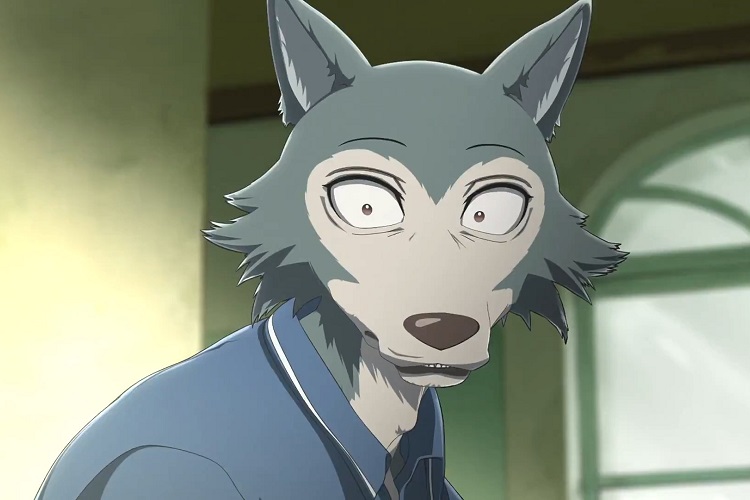 Legoshi is a gray wolf who’s a student at Cherryton Academy. He usually tries to hide his fangs so that he doesn’t upset his herbivore peers, which shows that he’s considerate of others. He’s polite and soft-spoken, which is at odds with his frightening appearance.

He used to be introverted, to the point of being an outcast because he avoided attention. This was a result of his awareness of being a carnivore, which isolated him from other people and encouraged his feelings of self-loathing.

Legoshi is quite creative, as shown when it comes to finding out who murdered Tem. Instead of asking for help, he investigates the murder by himself in creative ways, for example, by kissing the suspect’s mouth so that he can identify his saliva and later, asking Juno to open her mouth so he can figure out how a carnivore female’s mouth varies from that of a male.

These techniques help him in his detective work and highlight his creativity and determination. 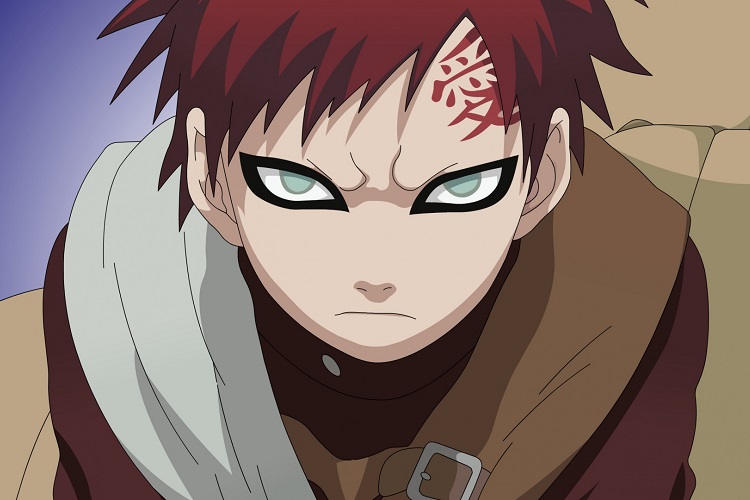 Gaara is a ninja who became one of the jinchūriki (humans with tailed beasts within them) before he was even born. This caused residents in his village to fear him, thinking he was some sort of monster. This, in turn, caused Gaara to grow up as an outcast in society, and he found purpose by killing people.

Gaara is withdrawn and remains silent. If he’s forced into a situation of interacting with people, he won’t consider their feelings at all.

As his character develops in the series, however, Gaara becomes someone who serves the people in his village. This is motivated by his desire to forgive the past and forget the old-fashioned ideas of honor that encouraged isolation. He also wants to focus on a purpose that’s much greater than himself.

One of the common traits of INFP personalities is idealism, and this is seen in Gaara’s changed personality. The village loves him for his idealistic thoughts and compassion. They also admire how much he’s willing to change.

Although he continues to be introverted, Gaara is assertive and isn’t afraid to put his life in danger for his loyal friends. 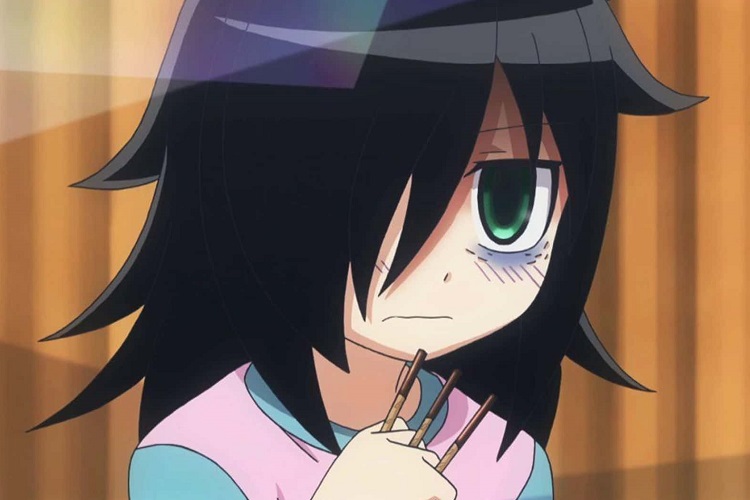 Tomoku is a fifteen-year-old high school student who is socially awkward and tries to become popular in various ways.

The INFP personality tends to be imaginative, with a focus on exploring “what if?” scenarios. Tomoku displays this imaginative quality but takes it to an extreme level. During a daydream, she sees herself on a motorbike and ends up in the hospital. In addition to this, most of her story occurs inside her head because she’s always thinking and ranting to herself.

Although she is introverted—shown when it comes to her being incapable of speaking to other people, including her teachers—Tomoku lacks a filter. This means that she’ll blurt out whatever comes to mind, which puts her in some embarrassing situations.

Since INFPs tend to like the absurd, this can make their sense of humor seem a bit strange or awkward to those around them. Things they say can also seem a bit odd if one doesn’t know them well. As an example, one of Tomoka’s quotes is, “If you’re not a worthless god, I’d like to see you try and make me happy. If you can’t manage that, at least make everyone as unhappy as me.”

In the Fantasy World, Megumin is the Arch Wizard of the Crimson Magic Clan. She’s loud and eccentric, but although she tries to come across as a powerful wizard, she’s childlike and immature. She’s quite sensitive, especially when it comes to her age and how she’s criticized for being so young (she’s 14).

She’s highly imaginative and loves explosive magic. However, she can sometimes be a bit impractical when it comes to her love of magic, for example, when she focuses on a spell that drains her of her energy and isn’t even practical to do. This tendency reveals that she likes to focus on possibilities instead of logic, which is sometimes common with the INFP personality, and she tends to lead from a creative, emotional perspective.

Megumin is usually bubbly and cheerful, but she becomes aggressive when she finds herself challenged or when she’s treated like a child. That said, when it comes to her interactions with others, Megumin is extremely protective of them.

The INFP personality type can sometimes be referred to as “The Artist” because having a creative imagination is one of its common traits. However, as we’ve seen in this rundown of the most popular anime characters who can be described as INFP, not everyone with this personality will display all of its traits. Sometimes, anime characters need a second or third look before they can be classified as having INFP personalities.