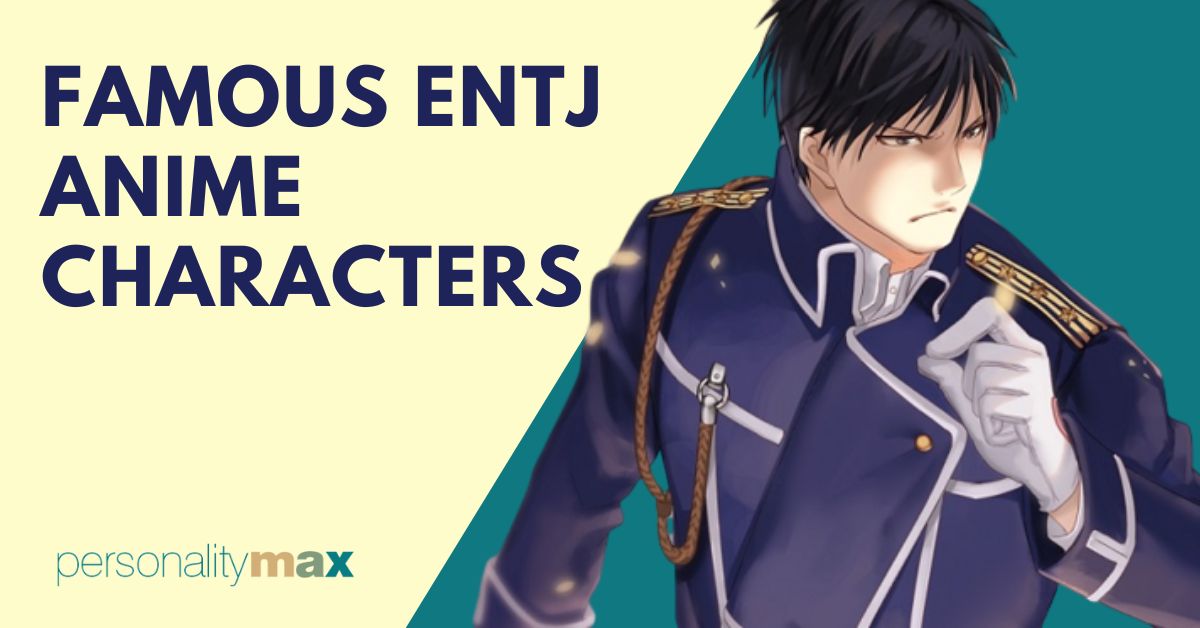 If you’ve ever associated yourself with an ENTJ personality, you’ll know that common traits include being an organized leader and excellent planner while thriving in social settings. You might even experience some of their witty, self-deprecating humor.

Some famous people with ENTJ personalities include Carl Sagan, Mindy Kaling, Quentin Tarantino, and David Letterman, but there are also some anime characters that display these traits.

In this article, I’ll explore some of the most well-known ENTJ anime characters, looking at their personality traits as well as how these qualities affect their relationships and goals.

ENTJ stands for Extroverted, Intuitive, Thinking, and Judging. With this in mind, let’s explore some of the most popular ENTJ anime characters. 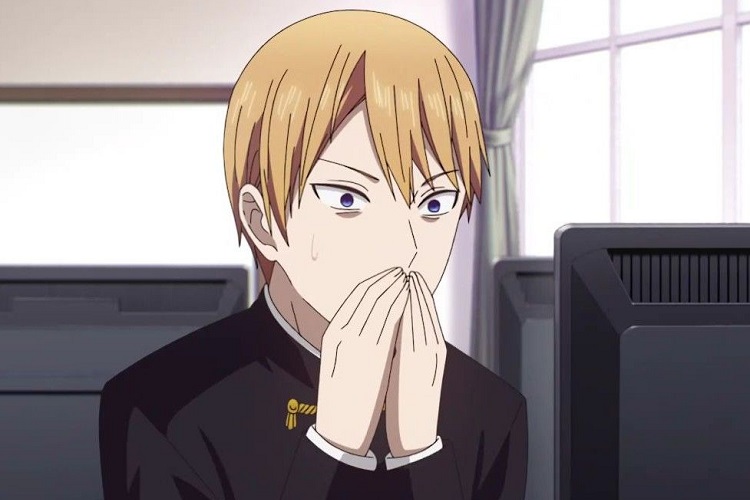 With his strong love of astronomy, Miyuki Shirogane is a dreamer and a high school student with big dreams. Right off the bat, we can see Miyuki is a diligent and hard-working.

Just like the classic ENTJ personality trait, he goes the extra mile to achieve his goals. At times he prioritizes his work so much that he takes this to the extreme, as he sometimes puts his health and wellbeing at risk. He excels in his work as president of the student council at Shuchiin Academy, where he oversees a variety of important activities. That said, Miyuki is a social and supportive person. He’s always willing to help others and displays another ENTJ trait, that of being confident to step in and guide others. An example of this is when he helps a council member, Miko Iono, overcome her stage fright during a Presidential Candidate speech.

Despite his kindness to others, Miyuki battles to share his feelings for Shinomiya Kaguya, which results in both of them holding back instead of showing how they truly feel for each other. Some people with ENTJ will keep their feelings inside instead of expressing them, as they might try to focus on facts and logic instead of emotion.

Katsuki is a high school student who’s training to become a Pro Hero, which is the career path of heroism. Katsuki is a straight-forward, logical, and honest person. He’ll base his choices around logical ideas and planning, which is a common trait associated with the ENTJ personality. It’s easy to assume that Katsuki doesn’t display some common ENTJ traits because he’s not much of a people-person and focuses on being a strong analytical person. He does make use of teamwork to achieve his goals.

Katsuki is competitive and strives to be the best, which is why his ability to play in a team sometimes comes as a surprise. We can see this when he helps his team to defeat their opponents and surprises viewers by not becoming a villain – some people thought he would do so as a result of his dislike of others and his volatile temper.

In addition, we might assume that Katsuki is an introverted personality, especially since he isn’t a fan of small talk and likes to spend time alone. He does, however, gain energy from interactions with others and isn’t afraid to share what’s on his mind.

Dio Brando, the antagonist in JoJo’s Bizarre Adventure, might not be the type of character people would want to become best friends with because of his outright lack of empathy, but he displays ENTJ traits that are interesting to explore.

For starters, Dio has unlimited ambition and he strives to be powerful. Possibly, this has arisen from his difficult past, which includes having an abusive father. He wants to become powerful and rich, and doesn’t care about using other people to achieve these goals.

He will organize the people he needs to help him achieve his goal, which shows that although he’s a villain who will stop at nothing, he is an excellent planner. For example, he plots to send his men to attack the Joestars.

With his grand ambitions, Dio is an exaggerated example of an ENTJ personality as he wants to achieve world domination. However, deep inside, Dio also displays some difficulty in dealing with and processing his emotions. This is sometimes the case with ENTJ personalities, as some people might lack an understanding of how their emotions come into play with their decisions. They might display a bit of discomfort when having to deal with their emotions.

We can see this displayed in Dio’s behavior, such as when he expresses rage instead of crying in despair after defeat. His rage also gets the best of him, such as when he makes mistakes because he can’t control his emotions. 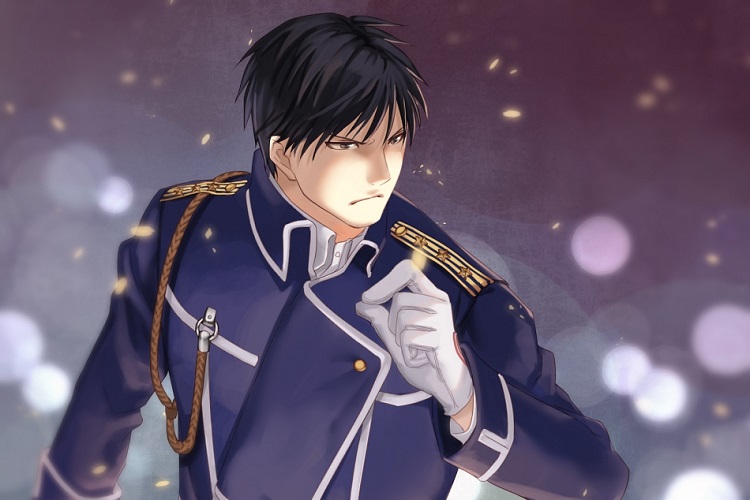 Roy works in the state military as a colonel. He has goals to become a leader and organizes his team to fight so he can gain more power. He’s strong and bold, but also protects people in his team. He clearly displays a blend of determination and extroversion. He gathers members of his team to help him achieve his goal, and to do this he’s charismatic and loyal to people who support him.

At first glance, Roy might appear to be cocky and arrogant, such as when he seems to be focused on his own interests. He can also be seen as manipulative, such as when he makes his subordinates do what he wants. This has helped him achieve the status of being a colonel at a young age.

Interestingly, Roy reveals his true nature as the series develops, which is his loyalty to his subordinates and friends. Although some people with an ENTJ personality might not always be expressive, they have a deep loyalty toward those they love. 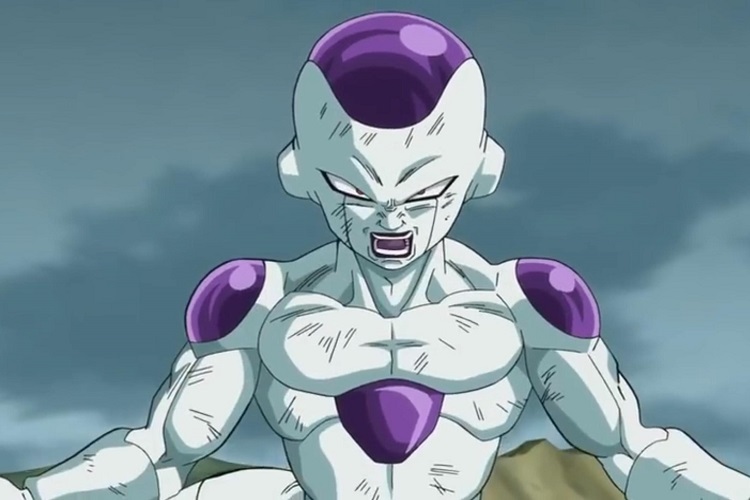 Frieza is the antagonist in the Dragon Ball Z series. He’s a tyrant who’s gained a reputation for being power-obsessed and cruel. Although it’s easy to write him off as a brutal, domineering character, he displays ENTJ characteristics as his character develops.

While he knows how to organize his team for successful battles, Frieza’s arrogance has led him to make some mistakes. For example, he gets taken by surprise during his fights with Namek, causing him to die several times. When he descends to hell for the second time, he finally learns from his mistake of being too arrogant. This experience enables him to learn how to better control his power, and it also helps him to uncover more traits that are usually linked to ENTJ personality.

These include how he uses more patience to get the upper hand on his opponent as well as how he starts to better analyze his opponents so that he doesn’t dive into battle unprepared. 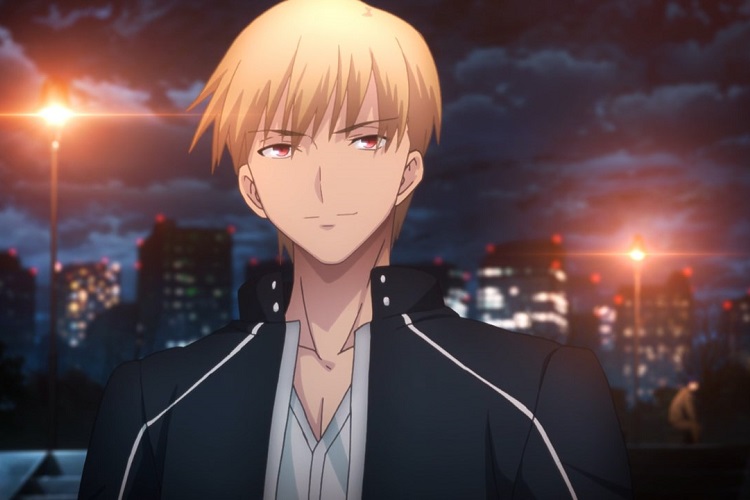 Sometimes referred to as the Golden Archer because of his gold hair and armor, and because he’s a half-man, half-god character, Gilgamesh is a leader who doesn’t express a need to conquer his people. He has many skills that enable him to gain an edge over his opponents and these are also associated with common ENTJ traits.

Since Gilgamesh possesses a lot of charisma, he has the ability to influence people and build an empire. As a great king, he leads armies and commands people easily. Another reason why Gilgamesh influences others is because he radiates attractiveness and causes them to feel pleasure. This makes people want to gain his affection, and can be said to make him a type of leader who deals well with people.

His senses are strong, which helps him analyze situations down to the smallest details. He’s also not limited to his five senses as he has a highly developed intuition, giving him an edge over other people. This enables him to see things that people can’t see, such as movements in the air, and allows him to read situations and predict what will happen.

His sharpened senses also keep him protected, as he doesn’t jump right into battles since he can read his opponents. For example, he won’t enter into a battle with Saber because she has a power boost. 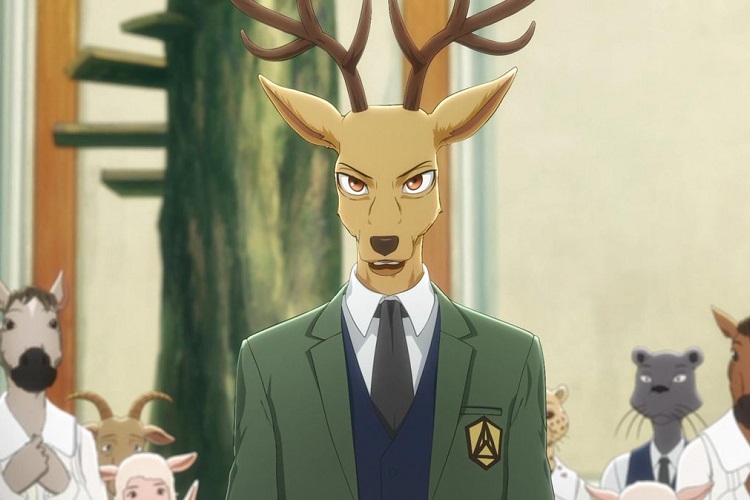 Louis isn’t a human anime character, but a young red deer with handsome features. He feels insecure about his lack of ability and overcompensates, in turn coming across as arrogant.

This serves to make him work hard to appear strong. For example, he does a stage performance with a broken leg and pushes through so that people won’t view him as fragile.

Although he does lack physical strength, Louis can be forceful when needed, such as when he uses physical force with Zoe and Legoshi.

One of his ENTJ characteristics is that he’s an extrovert who actually does have empathy and shows kindness to others. We can see this when he gives mints to a drunk carnivore with an addiction. While at first it’s difficult to know if Louis is an extrovert or introvert, he does display extroverted traits in how he has excellent people skills. Louis also displays leadership skills, such as by being the head of the actors pool and stepping in to lead the Shishigumi for a while.

Here are some more anime characters that have been recognized to be ENTJs:

There are many anime characters who display ENTJ traits, such as determination, perseverance, and extroversion. While some of these characters don’t seem to have these personality traits at first glance, it’s clear to see that some, such as Gilgamesh, Frieza, and Dio Brando, develop and possess ENTJ traits that shape their stories.