The Enneagram Personality model is shown, due to its nine-sided circular shape, on an Enneagram. Each of the nine points represents an Enneagram personality, many of which are interconnected. During testing, individuals establish what their dominant Enneagram type is.

Enneagram 3 wing 4’s will assume most of the attributes common to Threes. However, in addition, facets of Fours will surface.

Unlike many other personality models, Enneagram typing explores the emotions and instincts that drive people to act in certain ways. In 3w4 Enneagram types, these incorporate the fears and desires of both Threes and Fours:

3w4 Enneagram types lean toward having the worries that affect Threes, such as:

3w4 Enneagram types are less affected by the concerns of Fours, namely:

Enneagram 3w4s may fear that their contributions are not distinct or innovative enough to be seen as successes.

3w4 Enneagram types face the same hopes as Threes, such as:

3w4 Enneagram types may have a diminished amount of the needs of Fours:

Enneagram 3 wing 4 has many strengths. Here are just a few:

Some weaknesses that Enneagram 3 wing 4s have to work on are: 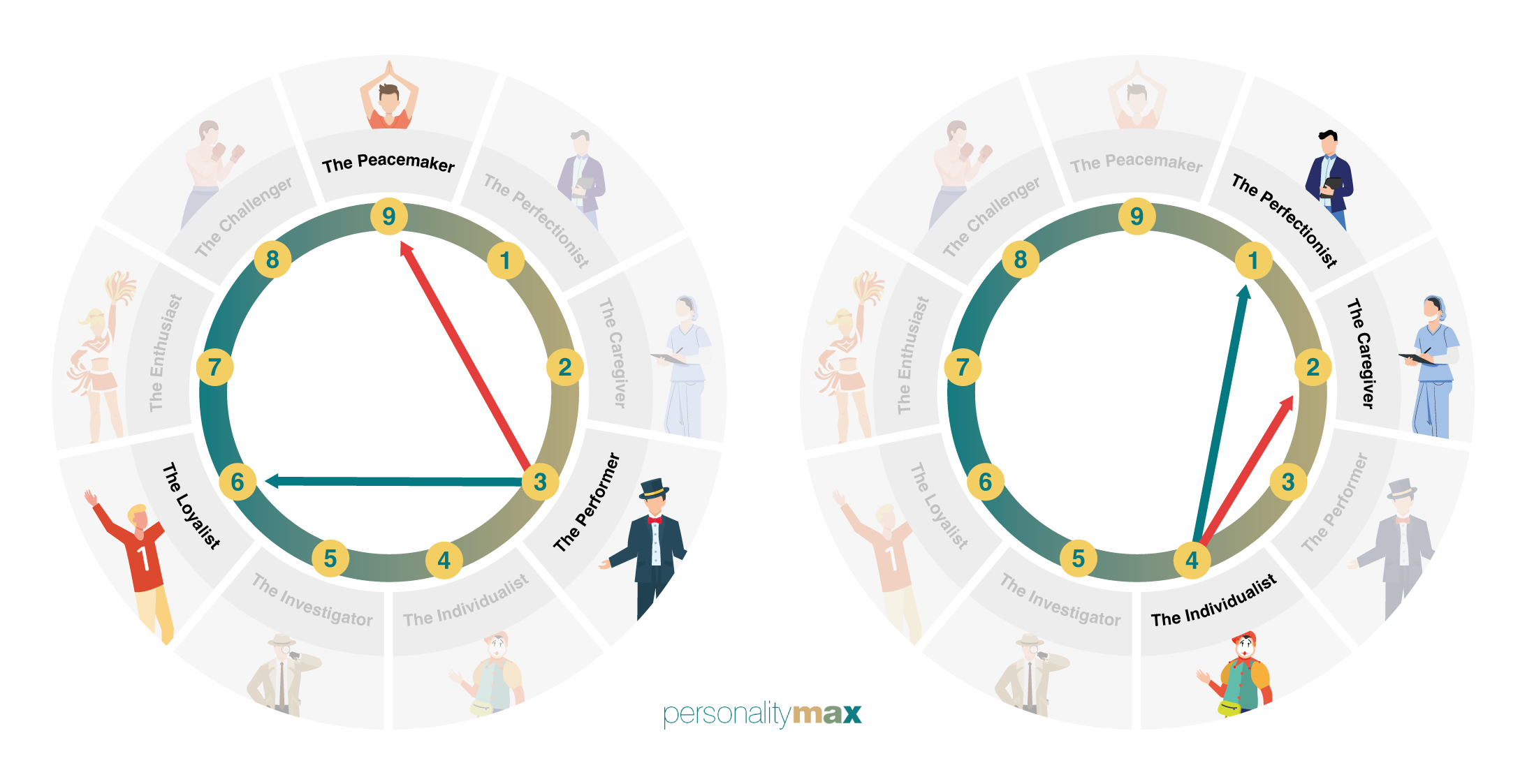 When in a phase of personal development, the dominant Enneagram type will follow the arrow of integration (growth) and will inherit that Enneagram personality’s most positive characteristics. In a state of disintegration (stress), they will show the worst aspects of the personality type along their stress arrow.

Growth Arrow to Six and One

While the growth arrow of Three  (Six) will take precedence, some traits relating to the growth of Four  (One) will also potentially show up.

In growth, 3w4 Enneagram types will show the positive aspects of:

Stress Arrow to Nine and Two

In stress, 3w4 Enneagram types will exhibit the negative qualities of:

No human is without emotion. And occasionally, those emotions spiral out of control or whirl with excitement. It’s during these times that Enneagram personalities are said to be in either a healthy or unhealthy state.

Here’s how Enneagram 3w4s can become better versions of themselves:

Famous people who are Type 3w4

Below, we’ll compare some of the main similarities and differences of types 3w4 and 3w2.

The similarities between 3w4 Enneagram and 3w2 Enneagram may be found in their common connection.

The differences noted between 3w4 Enneagrams and 3w2 Enneagrams arise from the varied personalities of Fours and Twos.

The traits of Threes may be slightly altered in a 3w4 Enneagram, as opposed to a natural Three or a 3w2 Enneagram. Their drive for success will carry though, as this is the primary goal of Threes, as well as the need to present themselves well.

The uniqueness and creativity of Fours will probably surface as well, depending on the strength of the Four’s influence. So, a 3w4 Enneagram may be more prone to take risks in their pursuit of success.

Still, the Enneagram model strives to encourage personal development, and one way to do this is to allow the less dominant wing to become more involved.