While the Enneagram test reveals the dominant Enneagram type of an individual, this is just the beginning of a true understanding of the Enneagram. The reason the Enneagram Personality model was designed on an enneagram—a nine-sided circular figure—is the belief that many personality traits overlap.

In the following article, we’ll be explicitly discussing Enneagram Type Threes that have a Two-Wing. We’ll go over what they took from their core type and how the wing can modify their motivations and personalities. Let’s begin.

Enneagram 3w2s adopt most of the attributes common to Threes. However, in addition, many characteristics of Twos will appear.

Unlike many other personality models, Enneagram typing explores the emotions that drive or motivate people. In 3w2 Enneagram types, this incorporates the fears and desires of both Threes and Twos:

3w2 Enneagram types lean toward having the same worries that affect Threes, such as:

3w2 Enneagram types are less affected by the concerns of Twos, namely:

As a whole, Enneagram 3 wing 2s may fear fading into nothingness, not being loved, and being unworthy of notice.

3w2 Enneagram types will face the same hopes as Threes, such as:

3w2 Enneagram types may have a diminished amount of the needs of Twos:

An Enneagram 3 wing 2 has many strengths. Here are just a few:

Some of the weaknesses that Enneagram 3 wing 2s have to work on are: 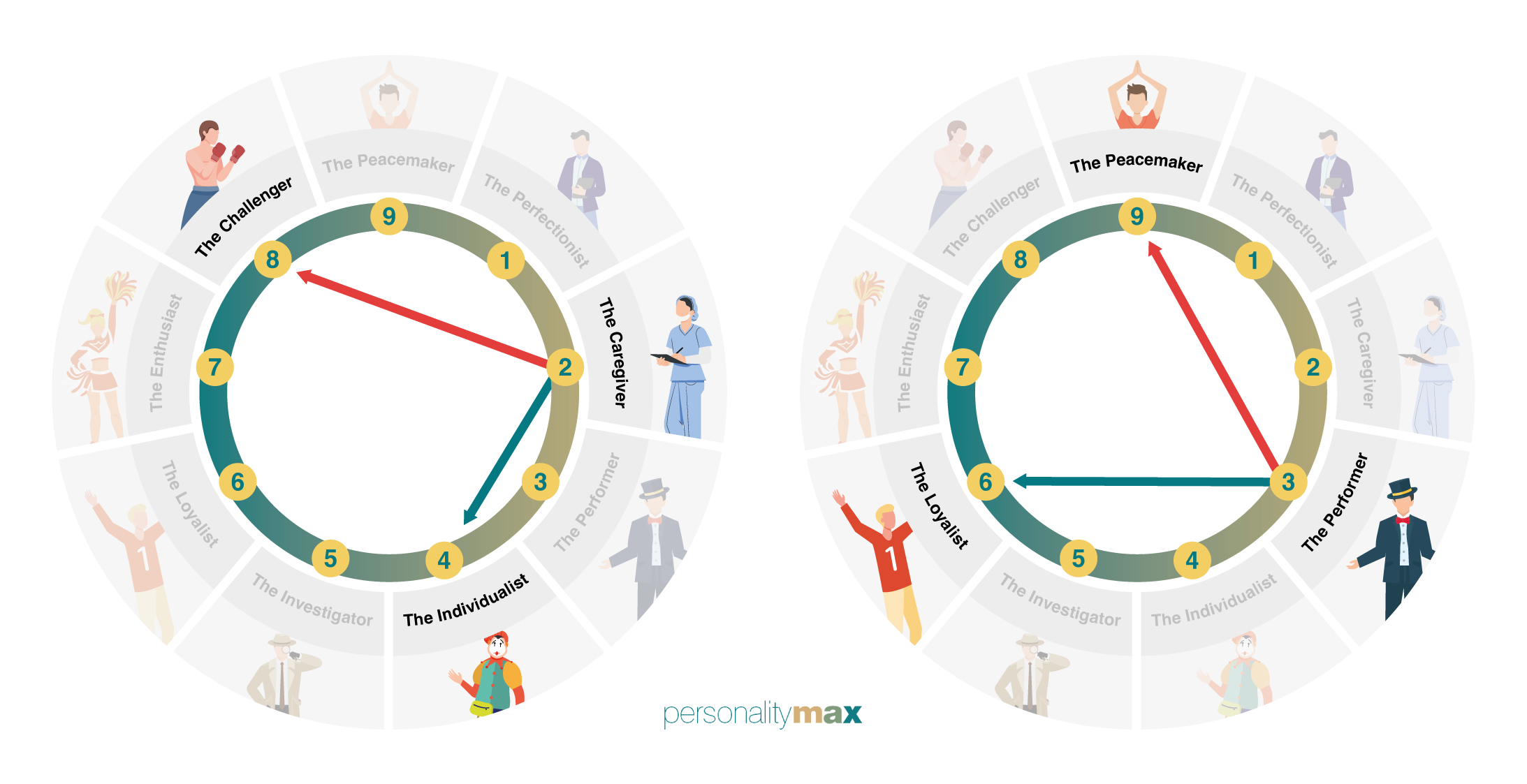 When individuals are in a stage of personal development or under extreme stress, their characters may follow their integration (growth) or disintegration (stress) lines or arrows—as shown on the Enneagram diagram. They could ascend to the best traits of their growth personality, or they may descend into the worst of their stress personality.

Growth Arrow to Six and Four

In growth, 3w2 Enneagram types will show the positive aspects of:

Stress Arrow to Nine and Eight

While the Three stress arrow (Nine) will take precedence, it’s likely that some of the Two stress arrow’s (Eight) traits will emerge.

In stress, 3w2 Enneagram types will exhibit the negative qualities of:

To have fluctuating emotions—whether that’s joy, sadness, indifference, or anger—is to be human. And so many varied situations can affect a person’s mood. Enneagram personalities during these times can be considered healthy or unhealthy.

Here’s how 3w2 Enneagrams can become better versions of themselves:

Famous People who are Type 3w2

There are both similarities and differences in Enneagrams 3w2s and 3w4s, we’ll have a look at some of the main ones below.

The similarities between the 3w2 Enneagram and 3w4 Enneagram may be found in their common connection.

The differences noted between 3w2 Enneagrams and 3w4 Enneagrams arise from the varied personalities of Twos and Fours.

Since Threes are highly driven and conscious of both their physical and environmental appearance, these characteristics are almost certain to be present in 3w2 Enneagrams. However, the influence of Twos could see them taking on a more social and warm personality.

Both Threes and Twos are motivators, Threes with an aim toward success and Twos with encouragement. This multifaceted skill will likely carry through to an Enneagram 3 wing 2. However, this type will need to be cautious that they don’t exhaust themselves in an effort to prove that they’re successful—especially when they’re not receiving validation from others.