Wings are a great way to learn more about the different parts of yourself. Your wings are the two types in the Enneagram circle that are next to your core type. The two wings for Enneagram 2 are 1 and 3.

In this article, we’ll talk about Enneagram 2 with wing 1. 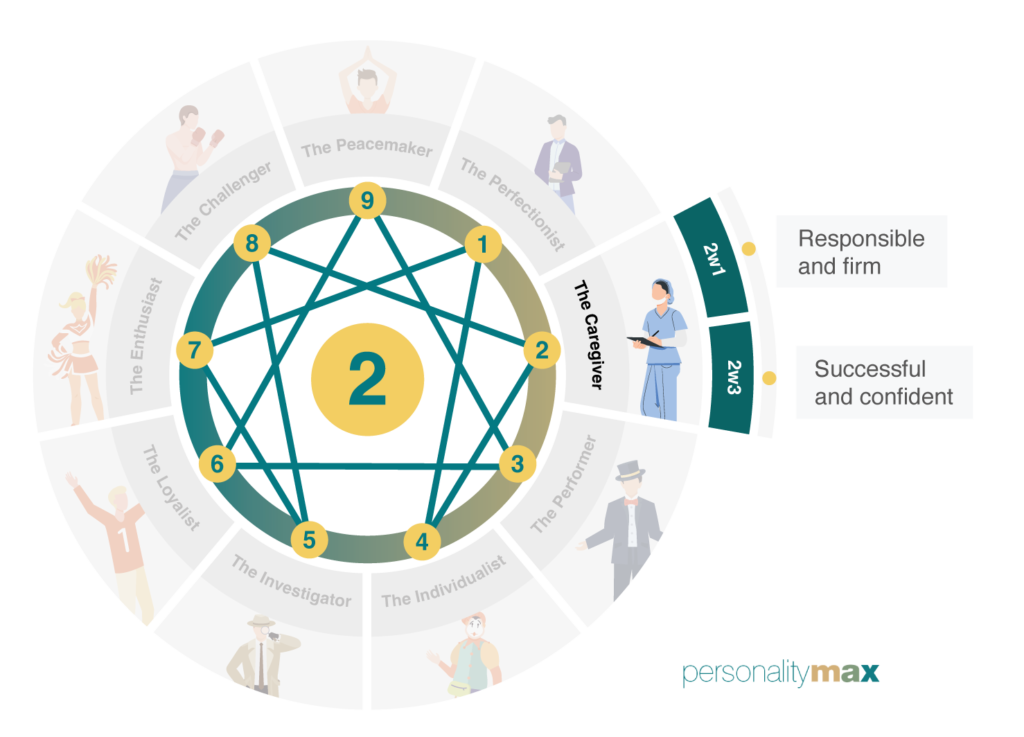 Below are the notable characteristics of 2w1s.

Compared to other personality tests, the Enneagram explores each type’s personality traits in great detail. It analyzes the motivations underlying our desires and fears to understand better how and why we behave the way we do.

Each Enneagram type has corresponding desires that are deeply interconnected with their fears.

Unfortunately, we don’t live in a static world. One day we’re at the top and on the next day, we might be at the bottom. Enneagram recognizes that our personalities are not monuments and they will absolutely change in time, depending on stress or peace factors.

In the Enneagram system, those changes are reflected in two different ways—direction of growth and direction of stress. 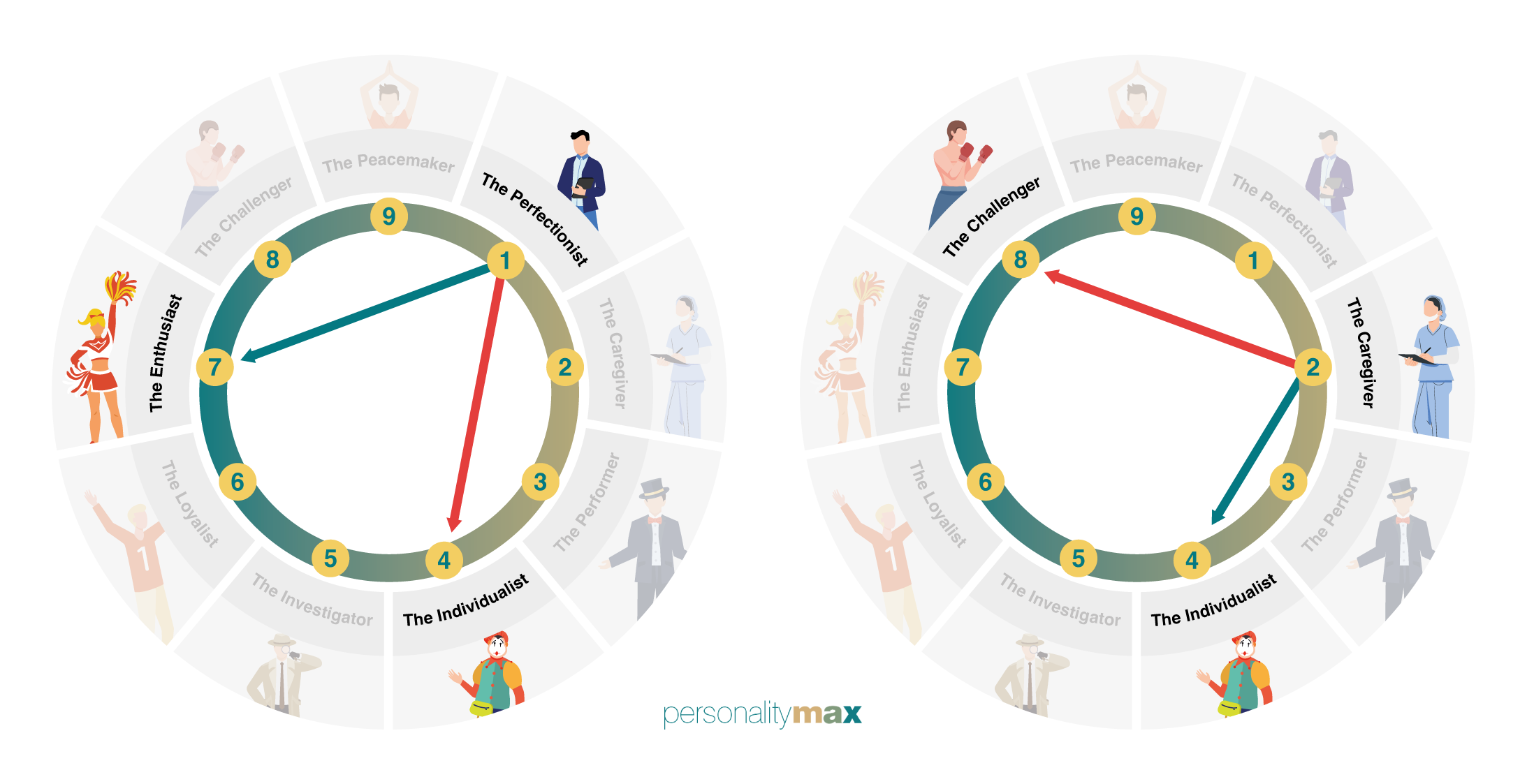 Growth Arrow to Four and Seven

2w1s, similar to their core type, go to Enneagram 4 during growth. However, there will be some differences in the nuances due to the presence of the 1 wing. This, in times of personal development, could lead to some qualities of Enneagram 7 leaking in.

The traits of Fours (Two Integration) that would make their mark in 2w1 Enneagram types during integration, would lean toward:

Because of their One wing, they may also integrate to Seven. So, they would probably:

Stress Arrow to Eight and Four

Since 2w1s are still Type 2 at their core, their stress goes in an Enneagram 8 direction. However, with the 1 wing present, there are still small changes in how they react at certain times. If their One wing is highly dominant, these integrative aspects would surface from Enneagram 4.

In disintegration, Eights (Two Disintegration) would influence 2w1 Enneagram types. This could cause them to:

Because of their One wing, they may disintegrate to Fours. This might result in them:

People are constantly changing, nobody stays in the same frame of mind all of the time. That’s why it’s important to recognize the signs of a healthy, average, and unhealthy 2w1. We’ll explore all of these below.

Signs of a Healthy 2w1

Signs of an Average 2w1

Signs of an Unhealthy 2w1

These famous individuals have the personality Type 2w1:

2w1s are altruistic people who will happily offer encouragement and help others who are struggling. Enneagram 2w1s may recognize their growth areas and maintain a laser-like focus when performing tasks.

2w1s can be very emotional people who are often self-critical and insecure during difficult times, which can seriously impact their mental health. When they serve others, they often compromise their wants for the sake of the other party’s satisfaction, seeking validation and appreciation that they may not always receive in return. They are sensitive people who find it difficult to accept criticism.

They must learn to rely on their senses to recover when upset and move on with their lives while also monitoring their mental status. They can be proud of their work and use it to inspire others.