An Enneagram test will reveal a lot about your personality traits, motivations, etc. in the form of a Personality Type (1-9). However, it’s important to remember that humans are also subject to change. We can’t simply be classified as a type, with no variations. Time and our own life experiences will also affect how we react in certain situations.

Wings are a great way to explore the different facets of one’s personality in depth. The wings are the two personality types that sit beside your core type in the Enneagram circle. For Enneagram 1, these two types are 9 and 2.

This article will discuss the Enneagram type 1 with wing 9. 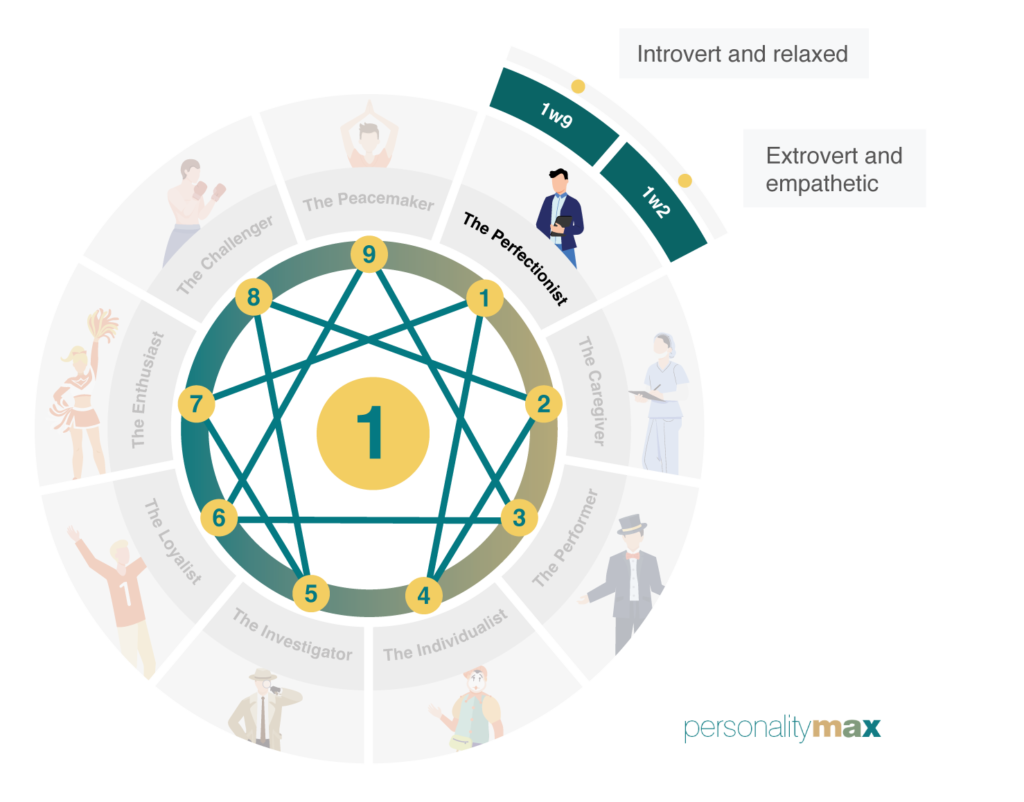 Listed below are the notable traits of 1w9s.

The Enneagram test really looks into each of the 9 type’s personality traits—more so than other available personality tests. It does this by studying the desires and fears of each type and thus, analyzing what motivates them and influences their decisions.

Fears can be a real driver in how we deal with what life may throw at us. The Enneagram believes that our personality traits are shown in the coping mechanisms that we choose to adopt.

The desires that each Enneagram type has, are inexplicably linked to their fears.

As much as it lists the nine different personality types, the Enneagram also recognises that these types will alter with time and cannot stay fixed. Personalities develop with life experiences but will always determine how a person will react in a certain situation. 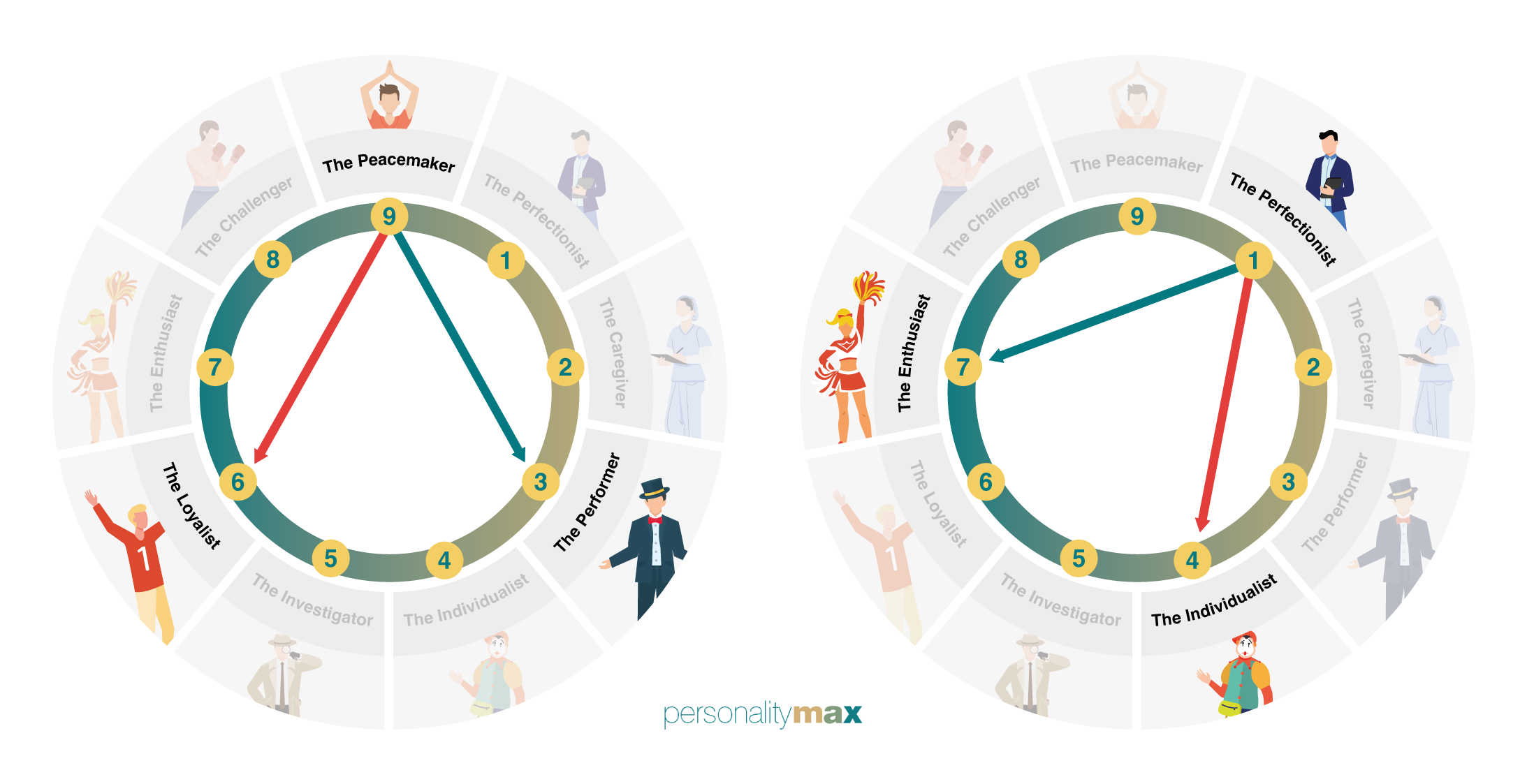 Growth Arrow to Seven and Three

1w9s, similar to their core type, go to Enneagram 7 during growth. However, there will be some differences in the nuances due to the presence of the 9 wing. This would probably find them leaning toward Enneagram 3 during integration.

The best characteristics of Sevens (One Integration) could show up in 1w9 Enneagram types during personal development. They would likely:

The wing traits, Three (Nine Integration) might see them:

Stress Arrow to Four and Six

1w9s are still considered to be Type 1 at their very foundation, which means that they will progress to Enneagram 4 in stress. However, if they have strong Nine wing, they would probably present with personality quirks common to Enneagram 6.

The characteristics of Fours (One Disintegration) would dominate 1w9 Enneagram types during times of anguish, and they might:

In addition, the less likable qualities of Sixes (Nine Disintegration) would mean they could:

Below, we’re going to explore Type 1w9s when they are either in a healthy, average, or unhealthy mindset. It’s important to be aware of these ranges as people change on a constant basis.

Signs of a Healthy 1w9

Signs of an Average 1w9

Signs of an Unhealthy 1w9

These famous people (and one quite popular and beloved fictional character) have the personality Type 1w9.

Below, we’ll go over some of the main differences and similarities between Type 1w9 and Type 1w2.

1w9s are driven to harmonize all things because they have a fundamental desire to be ethically upright. They strive to better their physical worlds while becoming more impersonal and detached.

They can, however, be intolerant and haughty, refusing to accept criticism from others. They must learn to pause for a second and attempt to perceive the world through the eyes of those around them.

They must learn to think about how their biases and preconceived notions affect how they think, why they judge others, and how to meet them halfway. Even when they speak up for themselves, they must try to be humble and kind—being strong-willed doesn’t mean putting other people down.