The study of Enneagram types examines the complexities of the human psyche—exploring why individuals react in unique and specific ways to certain situations. No one needs science to explain that people rarely respond in the same way to different stimuli. 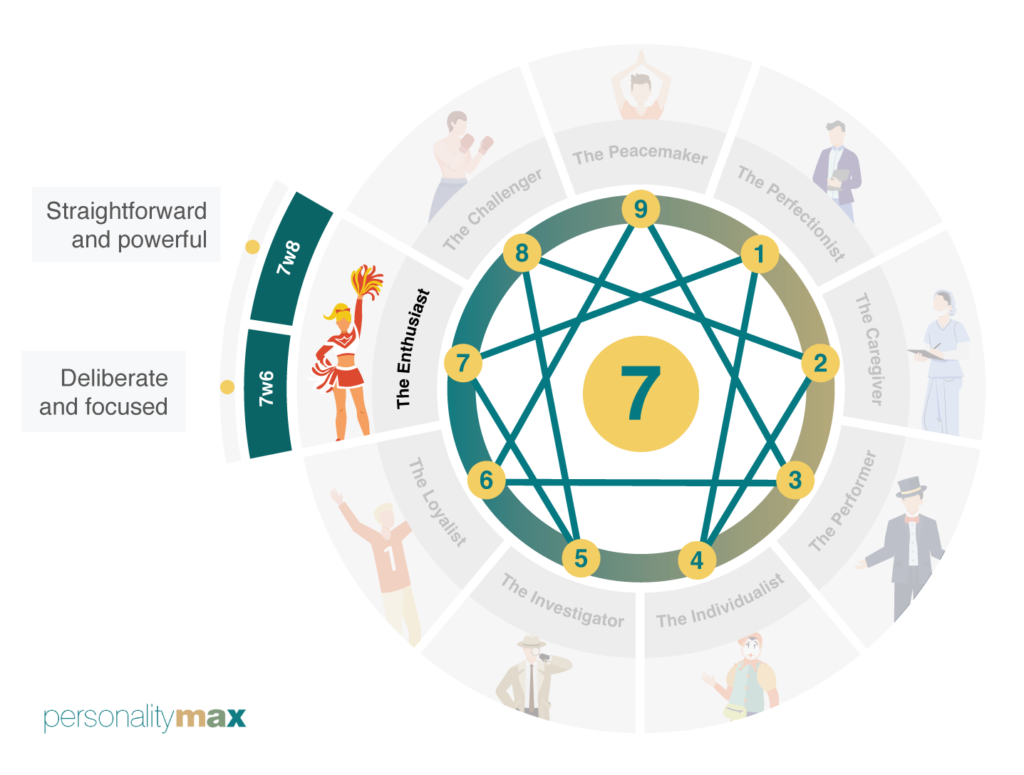 Other than that, Enneagram 7 wing 6’s will assume most of the attributes common to Sevens. However, in addition, facets of Six will surface.

Listed below are some of the key characteristics of 6w7 Enneagram types. The primary ones come from the Sevens and the secondary from the Sixes.

Unlike many other personality models, Enneagram typing explores the emotions that drive or motivate people. 7w6 Enneagram types incorporate the fears and desires of both Sevens and Sixes:

7w6 Enneagram types usually have the worries that affect Sevens:

To manage their distresses—or hide them—Sevens exude optimism and energy, so 7w6s will likely do the same but to a lesser degree.

7w6 Enneagram types are less affected by the concerns of Sixes, namely:

To cope with their fears, Sixes internalize and rationalize, or hide them beneath continual talking.

7w6 Enneagram types may have a diminished amount of the same needs as Sixes:

An Enneagram 7 wing 6 has many strengths. Here are just a few:

Some weaknesses an Enneagram 7 wing 6 has to work on are: 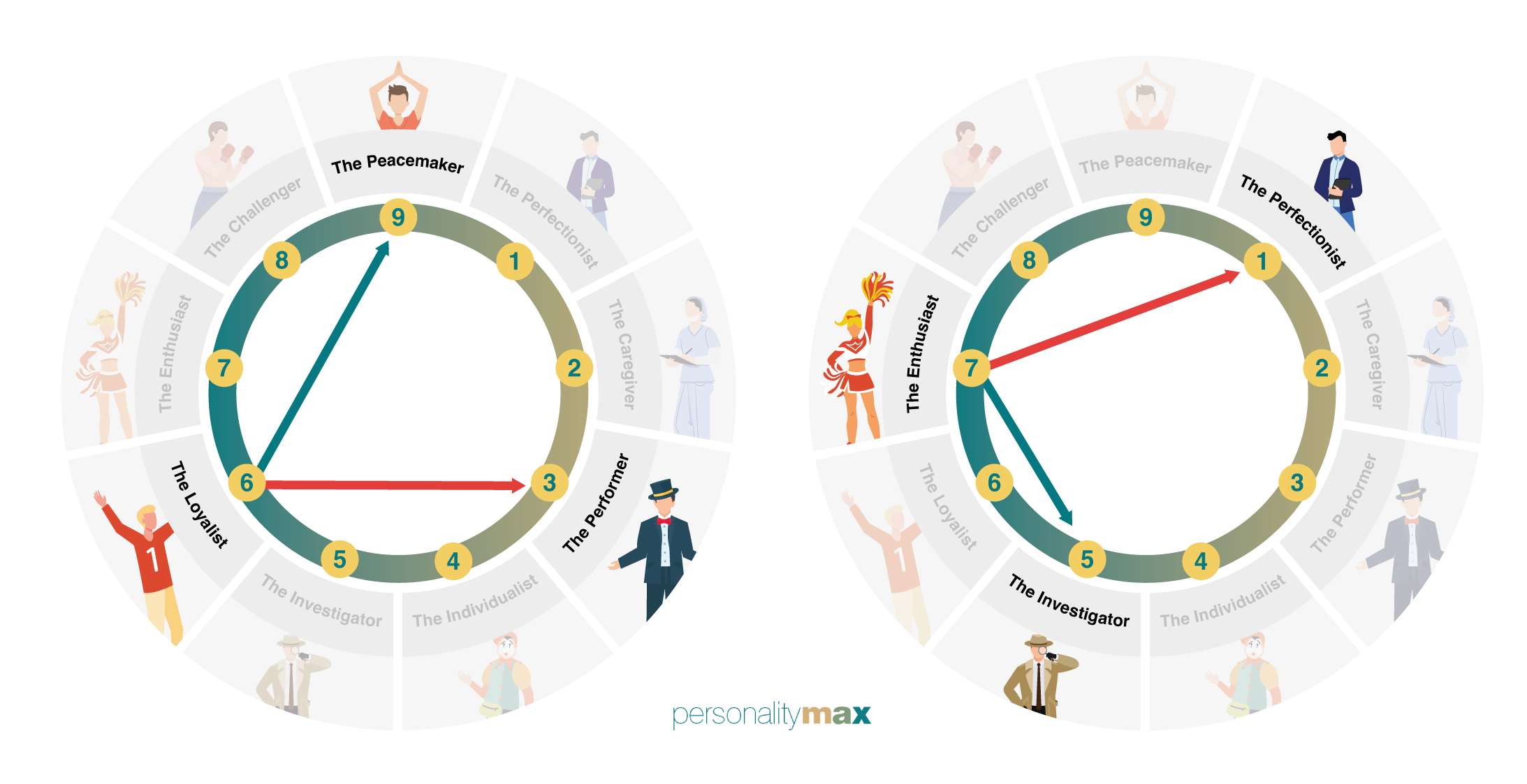 The line of integration represents the growth phase. When this happens, the best aspects of the indicated Enneagram type will form part of the dominant personality. The line of disintegration signals the worst characteristics. This is how natural Sevens, 7w8 Enneagrams, and 7w6 Enneagrams may all have slightly different personalities.

Growth Arrow to Five and Nine

While the Seven growth arrow (Five) will take precedence, some of the Six growth (Nine) traits will probably also emerge.

In growth, 7w6 Enneagram types will show the positive aspects of a:

Stress Arrow to One and Three

While the Seven stress arrow (One) will take precedence, it’s likely that some of the Six stress (Three) traits will emerge too.

In stress, 7w6 Enneagram types will exhibit the negative qualities of a:

People experience ups and downs in life, and these usually go hand in hand with alterations to their moods. These mood-fluctuations result in shifting characteristics between healthy, average, and unhealthy.

Famous People who are Type 7w6

There are both similarities and differences between Enneagrams type 7w6s and 7w8s, we’ll have a look at these below.

The similarities between 7w6 Enneagrams and 7w8 Enneagrams may be found in their common connection (Type 7) because Sixes and Eights are opposites in almost every way.

The differences noted between 7w6 Enneagrams and 7w8 Enneagrams will arise from the varied personalities of a 7w6 and a Seven.

While 7w6 Enneagrams may be similar to Sevens, they’re notably different to Enneagram 7w8s. The effect of Six on Seven probably brings them back a notch, instead of driving them onward.