With so many factors that affect each individual’s personality, it’s impossible to box them all into a mere 9 entities. While specific traits define people, many characteristics overlap with those of entirely different types of personalities.

However, Enneagram typing breaks those rigid bounds. This is partly due to how the nine-sided circular diagram, on which the Enneagram Personality model is based, connects personalities with others. The most notable connections fall to either side of the dominant Enneagram type. These are called wings. 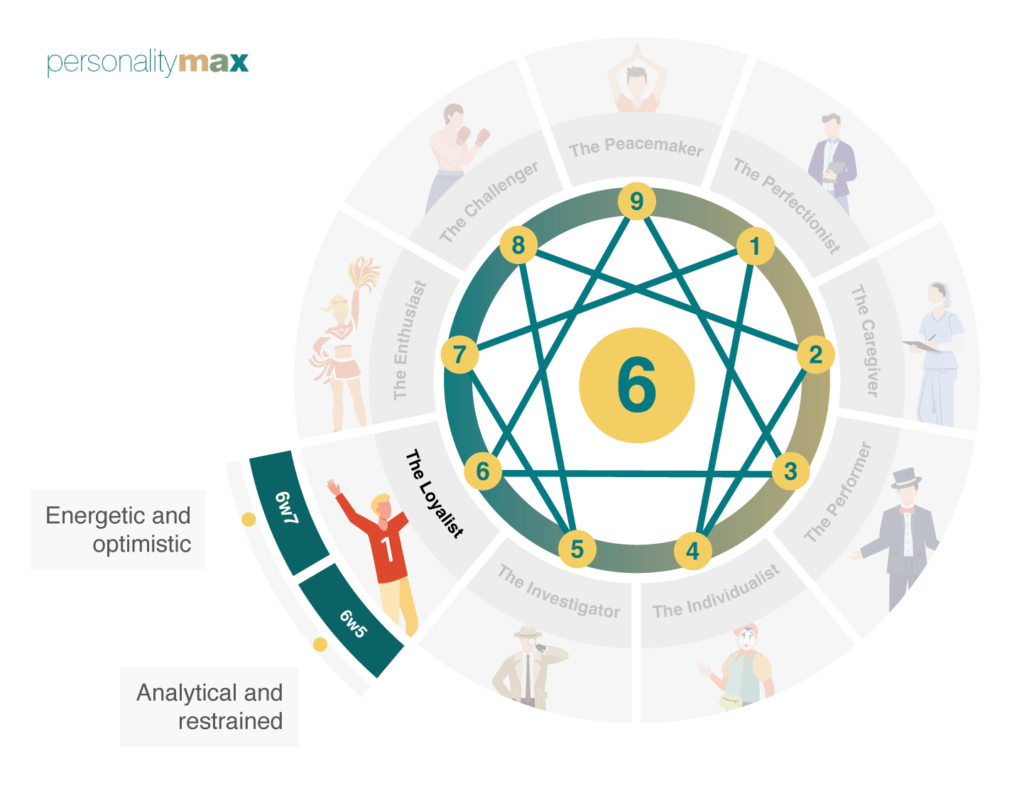 It may at first seem that Enneagram 5 wing 6 must be the same as Enneagram 6 wing 5, but that isn’t the case. While they may share some characteristics, personalities primarily take on the disposition of their dominant Enneagram type, not their wing.

Like with all Enneagram types, 6w5 Enneagrams are broken up into specific, identifiable aspects, and extensive research has been conducted on each of these. Motivations, fears, and desires are just some of those.

The greatest fears to affect 6w5 Enneagram types incorporate those of both Sixes and Fives, though the fears of Fives should have less of an impact.

6w5 Enneagram types lean toward having the worries that affect Sixes:

6w5 Enneagram types are less affected by the concerns of Fives, namely:

To cope with their fears, 6w5 Enneagram types might, internally, raise intellectual questions, or speak openly in an attempt to soothe their insecurities. To avoid emptiness, they might get lost in thoughts of innovation.

6w5 Enneagram types may experience the desires of both Sixes and Fives, though the wants of Fives will have less of an impact on their overall personalities.

6w5 Enneagram types may, to a lesser extent, value:

6w5 Enneagram types may rebel or become ambivalent when associating with untrustworthy leaders who don’t reassure them or give clear instructions.

The Enneagram 6 wing 5 type has many strengths, including:

Some of the weaknesses an Enneagram 6 wing 5 type has to work on are: 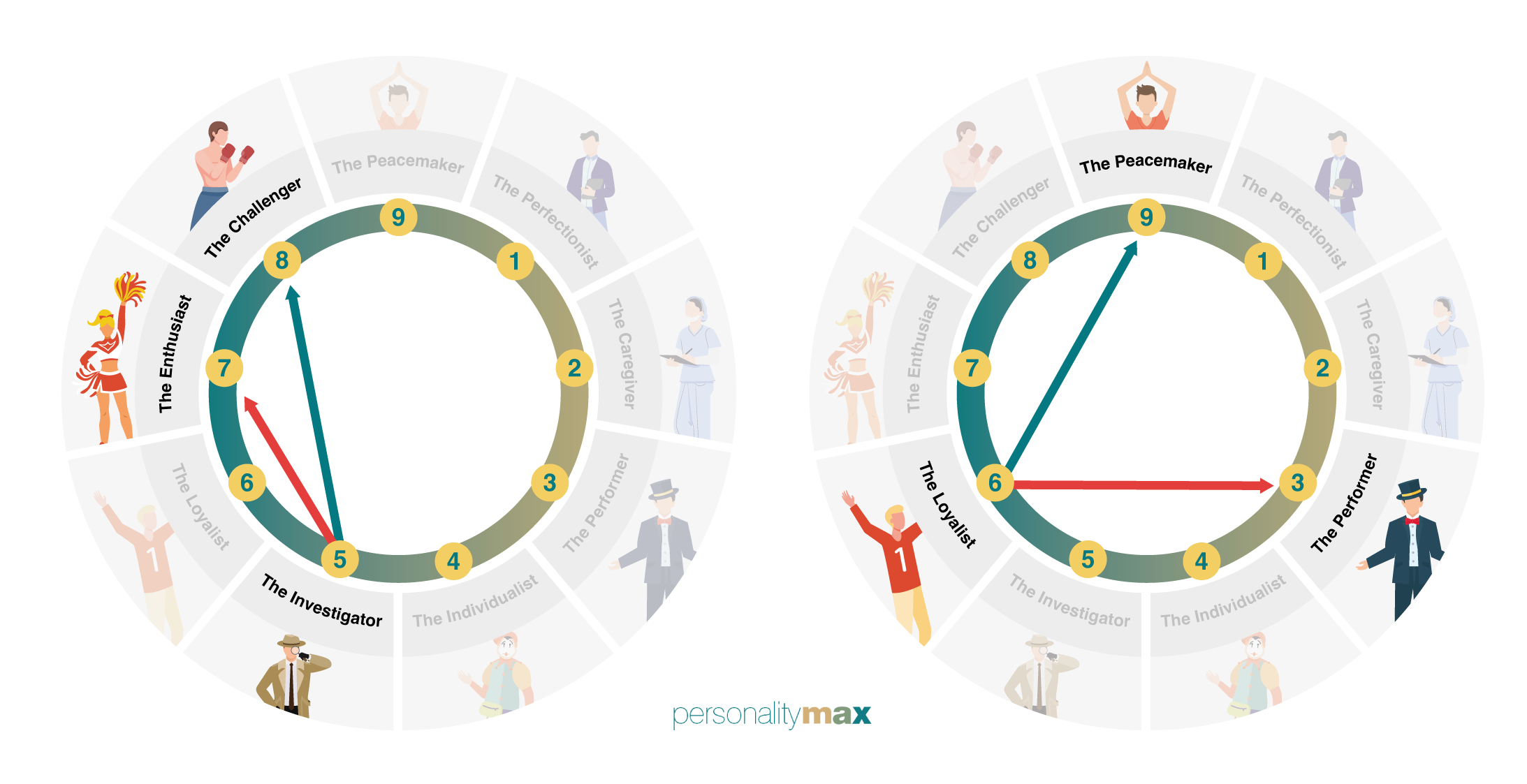 In 6w5 Enneagram types, the directions of growth and stress will be a little different from that of a natural Six or 5w6 Enneagram.

Growth Arrow to Nine and Eight

While the growth arrow of Sixes (Nines) will take precedence, some of the growth traits of Fives (Eights) will emerge.

In growth, 6w5 Enneagram types will show the positive aspects of:

Stress Arrow to Three and Seven

Like in growth, stress attributes of Fives will trickle into the personality of Sixes.

In stress, 6w5 Enneagram types will exhibit the negative qualities of:

Many doctors and universities have conducted studies to establish healthy, average, or unhealthy Enneagram types. These reveal the mental well-being of the individual at any given moment. Fluctuations in mood are a universal experience. Therefore, everyone is exposed to times of being healthy, average, and unhealthy, in relation to their dominant Enneagram type.

Famous People who are Type 6w5

Enneagram types 6w5 and 6w7 can be compared in many ways. We’ll explore some of their similarities and differences below.

The similarities between 6w5 Enneagram and 6w7 Enneagram may be found in their Six connection since Fives and Sevens are somewhat dissimilar at their cores.

The differences between 6w5 and 6w7 Enneagrams arise from the varied personalities of Fives and Sevens.

To fully understand 6w5 Enneagram types, you must scrutinize and comprehend the inner workings of both Sixes and Fives. In doing so, it will become evident that more factors influence personality types than merely dominant Enneagram types and wings. Namely, the lines of integration and disintegration.