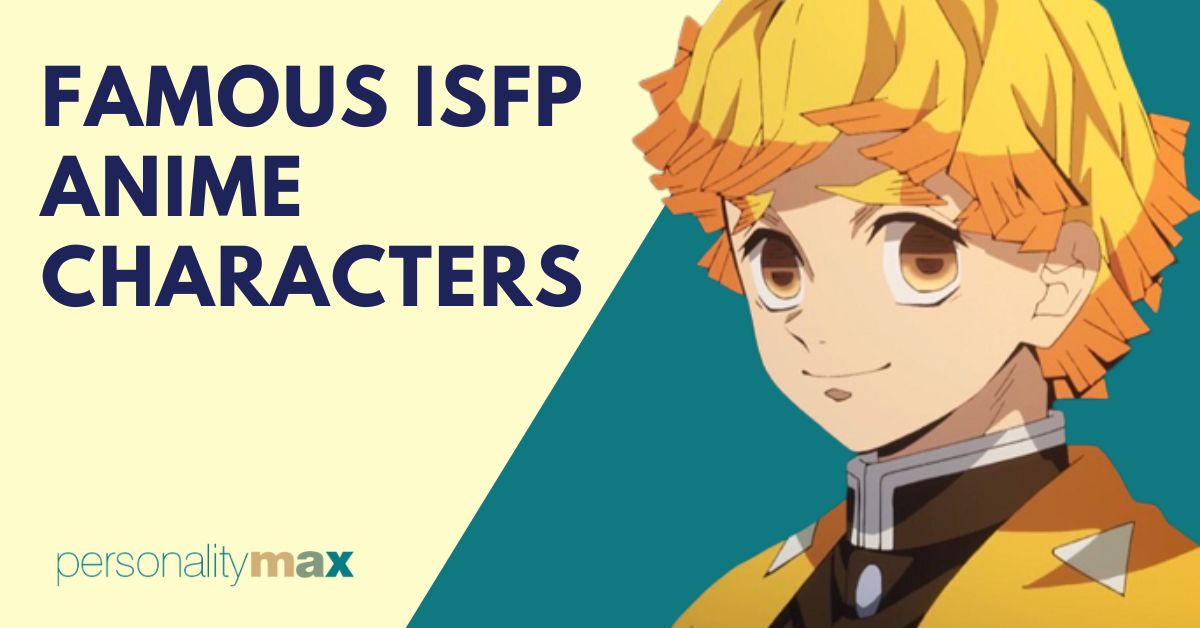 If you love seeking out new adventures and exploring a multitude of possibilities in life, you might identify with the ISFP personality, which stands for Introversion, Sensing, Feeling, and Perceiving. This type of personality is spontaneous and takes action, but it also has a deep, complex inner world.

Famous people who display the ISFP personality include Justin Timberlake, Drew Barrymore, and Pablo Picasso. From a fictional perspective, some characters with ISFP traits include Meredith Grey from Grey’s Anatomy and Luke Skywalker from Star Wars.

Many anime characters can also be identified as ISFP personalities.

There are some interesting anime characters who feature ISFP traits and who make waves while also providing greater depth and excitement in their respective shows. Let’s explore seven of them and see what they’re about.

As a previous member of Survey Corps, Eren witnesses the tragedy of his mother being killed by a Titan, which makes him swear to destroy all the Titans. From the start, we can see that Eren is a person who likes to take action, which is a common trait of many people with an ISFP personality.

Eren is a strong, passionate, and sometimes impulsive person. He wants to protect mankind and is determined to achieve his goal.

However, he’s also kind-hearted and cares for those he loves. For example, he risks his own life to protect his family. Even as a young boy, he would fight stronger boys who bullied his friend, Armin.

Although struggling with insecurity, Eren is a strong-willed person who perseveres in the face of defeat. A good example of this is when he learns how to use vertical maneuvering equipment even though it’s damaged.

Eren shows signs of being an emotional introvert because he tends to bottle up his feelings and keep his emotions to himself. We can see this in his interactions with Mikasa. He can be quite short and casual with her, even though he cares deeply for her. 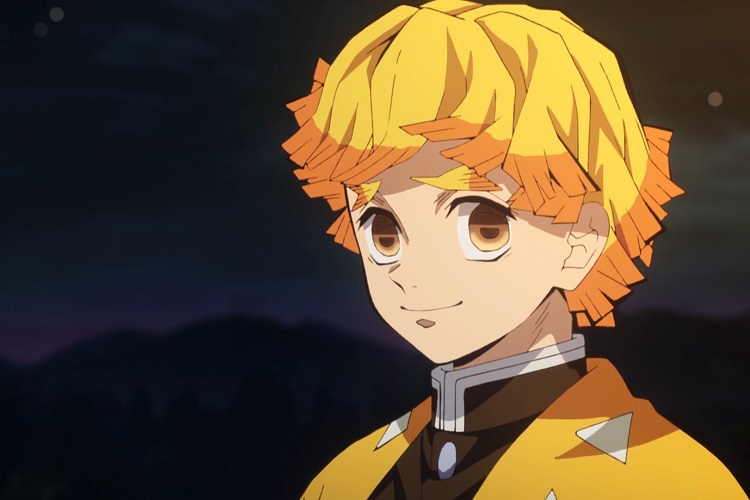 Zenitsu is a Demon Slayer in the Demon Slayer Corps and a traveling companion of Nezuko Kamado and Tanjiro Kamado. Although Zenitsu is insecure and has a lot of fear—he runs away from dangerous situations—he wants to be able to offer what others need from him. He has a strong determination to eliminate his fears.

Although he can seem quite fun-loving and playful, he becomes serious when he raids the Infinity Castle, which shows that he can have a strong focus when he needs to.

Zenitsu cares for other people and has a lot of empathy. In addition, he notices things about situations that other people tend to miss. For example, he has a strong sense of hearing that enables him to pick up sounds that others can’t perceive. He also has the ability to pick up on one’s thoughts or feelings because of the sounds they produce.

This ability is an extreme example of the common ISFP personality trait that includes being highly aware of any environment. 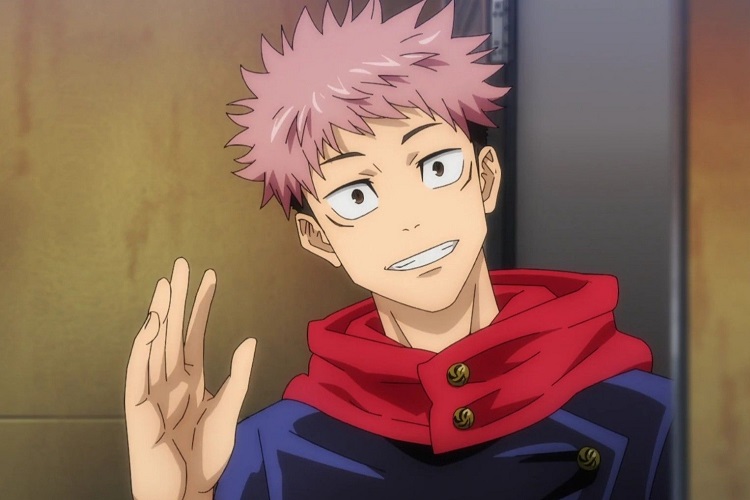 Yuji is a student at Tokyo Jujutsu High and comes across as kind and friendly. He cares for others in his environment and tries to avoid having to take another human life. His emphasis on preserving the value of life can cause him to feel hatred and disgust when he witnesses cruelty.

He’s passionate and ambitious and can become quite stubborn when it comes to achieving his goals, such as becoming a sorcerer.

Yuji is a kind-hearted person who isn’t afraid to sacrifice himself for the well-being of others. For example, when he and Megumi are at risk of being killed by a curse, Yuji swallows Sukunu’s finger to remove the curse and save them.

Yuji is always in tune with his environment, which gives him the ability to gain the upper hand during hand-to-hand combat. This links to the common ISFP trait of perceiving. 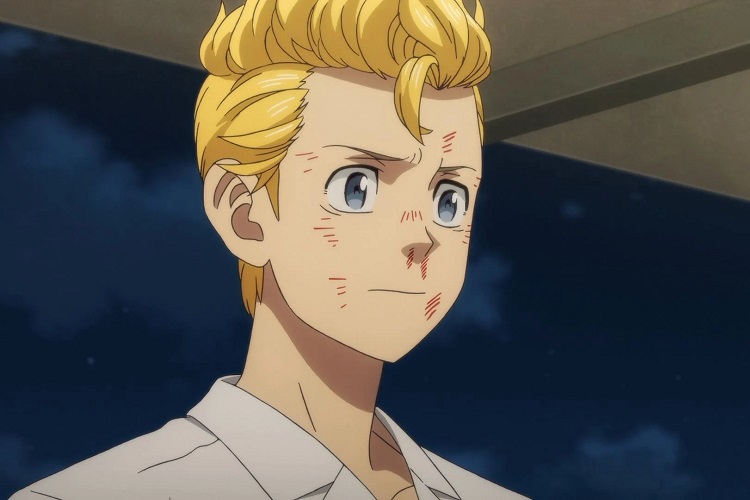 Takemichi learns about the death of the Tachibana siblings, one of which was his ex, so he time travels back in time. He learns about a middle-school biker gang that’s responsible for the deaths, so he sets a goal to stop them.

Takemichi started out as someone who was lost and had low self-esteem. By going back in time, he takes on a different persona and becomes someone with confidence and conviction. He becomes a leader of the Toman and guides people, such as Mikey, on the right path.

He protects those around him and will risk his life to protect them. This is why he keeps going back in time to save those he loves from experiencing tragedy and death. During combat, Takemichi isn’t afraid to suffer immense injury instead of being defeated, which helps to inspire and encourage Toman’s members.

This reveals how loyal he is, which is a hallmark of the ISFP personality type.

Ryūko is a student at Honnōji Academy. She’s searching for the person who used her red Scissor Blade to murder her father. Right off the bat, we can see that Ryūko is strong and fearless. She fights people even though she doesn’t match their abilities, but sometimes she can be self-conscious.

Ryūko isn’t a particularly social person and focuses more on taking action and achieving her own goals. We can see this by how determined she is to find out who killed her father, and she sometimes takes this to the extreme. For example, she frees herself from mind control by punching herself.

Although she is fierce, Ryūko is also warm and polite. We see an example of this when she enjoys a meal with the Mankanshoku family.

Sometimes Ryūko can be funny without meaning to be. Her sense of humor comes out at times and can be self-deprecating at other times. We see an example of this when she removes her Junketsu (an article of clothing made out of Life Fibers), which causes her to lose a lot of blood, and she states that she deserves it for being an idiot.

Her type of humor is quite dark, which hints at the ISFP humor that can sometimes be intensely emotional. 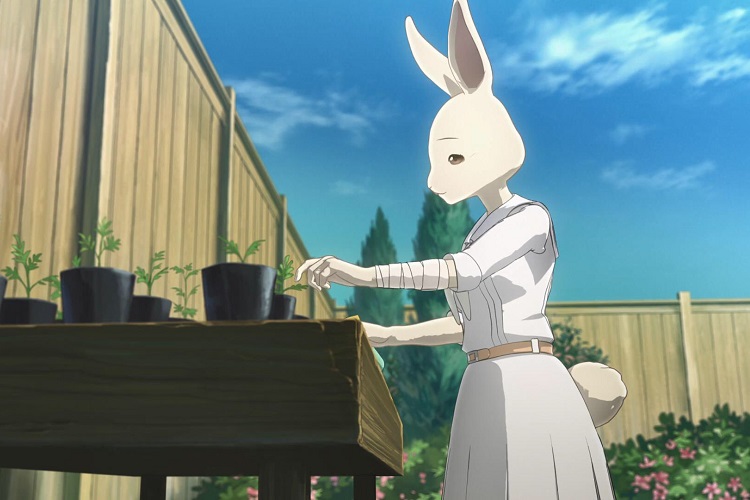 Haru is a rabbit-human who was previously a leader of the Cherryton gardening club and is a student of botany. Since she’s a rabbit, Haru is sometimes treated as though she’s very fragile, which upsets her because she doesn’t want to appear as being in need of protection from others.

However, she is aware of how she is perceived, which causes her to feel like she lives in danger.

Haru is an introvert, which is a common trait of the ISFP personality. She doesn’t like to get too close to people and stays away from the ones who want to connect with her. When she became sexually active, this caused others to view her in this way, so this caused her to become even more isolated.

Even though she’s fragile and isolated from society, she’s brave and doesn’t hesitate when standing up for herself. We can see this when she talks back to dangerous people. This is quite remarkable, as she lives in constant danger.

Shirou is the Master of Saber during the Fifth Holy Grail War in the Fate/Stay Night series. He experienced trauma during the great fire, which gave him survivor’s guilt. Because of this guilt, he has become a self-sacrificing person who feels the need to put others ahead of himself, he feels like he has to pay his dues by being kind and helping others.

Shirou is a hard worker, cooking all of his caretaker’s meals and doing all the housework. His love of food gives him some funny lines, such as “One who does not have the stomach to digest breakfast is a failure as a martial artist.”

The ISFP personality type is marked by humor that isn’t really silly but sometimes can be, depending on one’s company.

Shirou has strong ideals and takes them to the extreme. We can see this when he keeps trying to protect Saber from entering into battle with other Servants, even though she’s more powerful than him. He can’t imagine someone else getting injured or killed because of him.

Here’s a list of some other ISFP characters in anime and manga:

Anime characters with ISFP personality traits focus on taking action and being ambitious, instead of thinking too much. That said, some characters also display introversion as they like time to themselves and to keep their emotions inside. In this article, we’ve featured some of the best anime characters with ISFP traits and looked at how they’re revealed through their life choices and relationships.